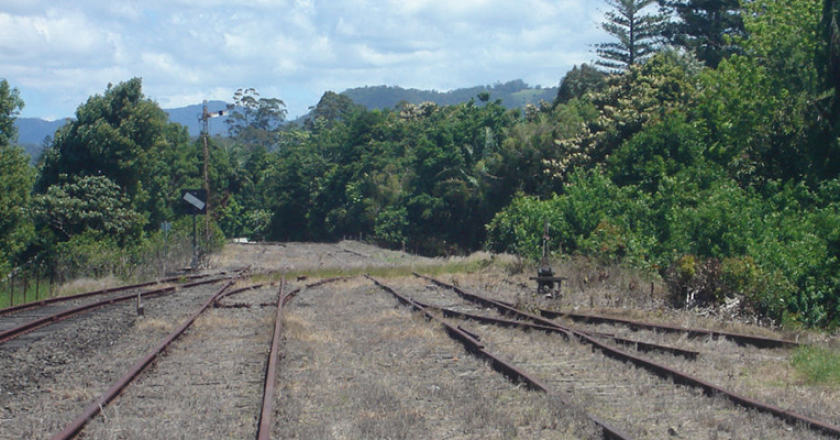 Sections of the Murwillumbah to Casino line from Crabbes Creek to Condong and from Casino to Bentley are closer to being turned into a bicycle and walking trail after legislation to close the line passed the NSW lower house.

Trains last travelling along the Casino to Condong line in 2004, and the trail has sat idle since. According to a spokesperson for the Department of Regional NSW, the plan is to construct a rail trail from Murwillumbah to Casino.

“The vision for the Northern Rivers Rail Trail is a 137 km trail completed in three stages, from Murwillumbah to Crabbes Creek; Casino to Bentley; and Bentley to Crabbes Creek,” said the spokesperson.

Byron Shire Council is currently investigating the feasibility of a shared rail and walking/cycling trail between Bentley and Crabbes Creek.

Local group the Northern Rivers Railway Action Group argues that with the northern section from Crabbes Creek to Condong closed to rail traffic, the potential for future connections to Tweed Heads and the Gold Coast would be lost.

“The Northern Rivers community has been campaigning for a real public transport solution since the Labor government closed the Casino-Murwillumbah line in 2005. The community rightfully wants commuter transport that connects Lismore, one of the largest regional centres in northern New South Wales, to other cities and towns.”

A study in 2013 found that the cost of reopening the Casino to Murwillumbah would be prohibitive, with the cost of rehabilitation estimated at $900 million and yearly maintenance found to be $2m. Limited freight and passenger demand meant that the report recommended improving the bus network to reduce road congestion.

“The Casino to Congdong line was closed in 2004 and there is no customer or economic case to support the significant investment required to bring this line back in to full heavy rail operation,” said the Department of Regional NSW spokesperson.

Boyd countered that the positive impact of reinstated rail services would outweigh the cost.

“By returning rail services to the region the government would be connecting regional towns, reducing demands on roads (particularly important in Byron Bay where the existing road network is already overcapacity during summer), creating high quality, secure, long-term jobs in the industry and investing in the future prosperity of the region.”