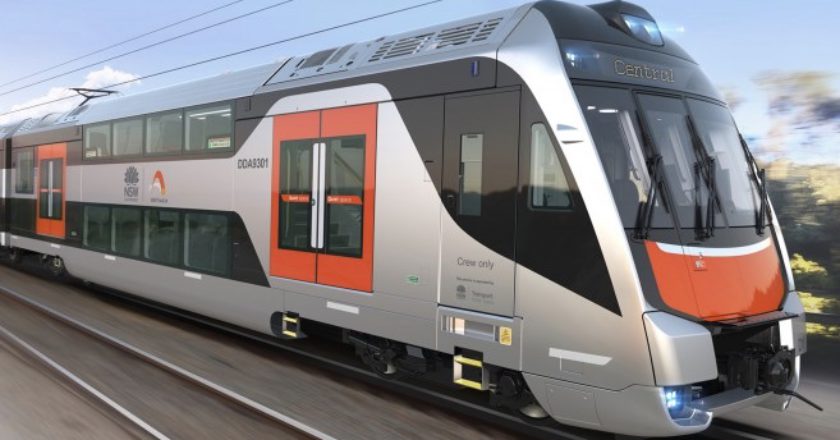 Transport for NSW has confirmed that the New Intercity Fleet (NIF) will not be in passenger service in 2020, with the trains expected to first run in early 2021. END_OF_DOCUMENT_TOKEN_TO_BE_REPLACED

An independent report has found fault with the operating model for the New Intercity Fleet (NIF). END_OF_DOCUMENT_TOKEN_TO_BE_REPLACED 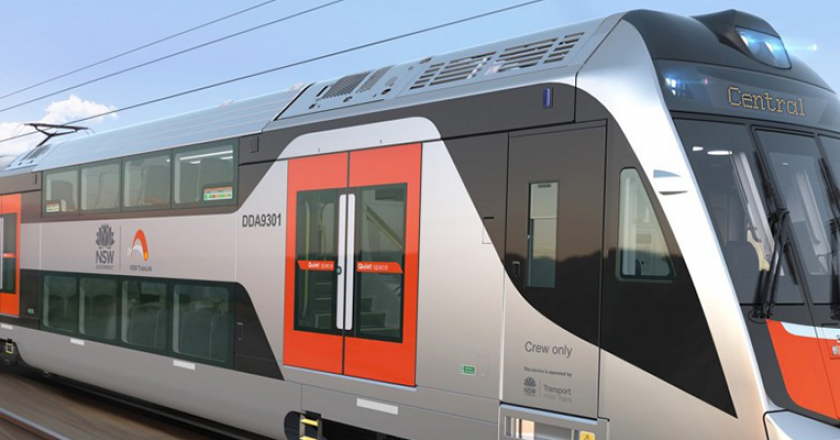 NSW’s New Intercity Fleet (NIF) is undergoing testing under its own power, in a significant step forward for the regional rail fleet.

“When the trains first arrived, on-track testing involved using a locomotive to haul the carriages. What we’re seeing today is a really exciting milestone because they’re now travelling around the network under their own power,” said Constance.

Further testing on the Sydney Trains network will calibrate the systems for local operation.

“Over the next few months you’ll see more of these trains on the network as we progressively test all train systems including Automatic Train Protection, passenger door systems, passenger information, CCTV, ride comfort as well as the maximum speed of 160kph,” said Constance. “We’ll also be using this time to familiarise the train crew with the new operating systems and technology on board.”

The trains have been previously criticised by the Rail, Tram and Bus Union (RTBU) for a feature which locks the train if the doors are open.

The fleet will serve regional centres in the Central Coast, Newcastle, South Coast, and Blue Mountains and upgrades to infrastructure and stations along the track are part of the delivery of the new fleet, said Minister for Regional Transport Paul Toole.

“These are modern trains featuring the latest technology, so we need to ensure we upgrade the infrastructure on the network to accommodate them.

“Work is also continuing on sections of the Blue Mountains Line, which will enable customers living between Springwood and Lithgow to experience a new train for the first time since the last of the V-Sets were introduced in 1989.”

The purpose-built maintenance facility for the trains at Kangy Angy on the NSW central coast is also progressing, said Toole.

“This work, along with the construction of the new maintenance facility at Kangy Angy, has helped to create around 1600 local jobs.”

Unless modifications are made to the New Intercity Fleet (NIF), currently being tested in NSW, Rail, Tram, and Bus Union (RTBU) members will refuse to work on the trains.

“Railway workers will simply refuse to put themselves, their workmates, and passengers at risk by allowing these flawed trains on the tracks,” said Alex Claassens, secretary of the Rail, Tram and Bus Union NSW.

Transport for NSW (TfNSW) denies that any fault exists with the fleet, and that instead, traction interlocking on doors is a design safety feature.

The feature will prevent the train from moving while the doors are open, including the guard’s door. Guards and drivers will be able to monitor the platform via CCTV, said a Transport for NSW spokesperson.

“These cameras allow drivers and guards to easily monitor the entire length of the train, even on curved platforms and in bad weather where visibility may be compromised. This provides a more contemporary method for monitoring train platforms which is used around the world.”

Claassens disputes that this new method will be safer and the RTBU would prefer the guard door to stay open after the passenger doors have closed.

“Currently, guards can hear people yelling and keep their eyes on the platform and doors until the train pulls away – they won’t under the new model,” he said.

Dynamic testing of the new fleet of 554 carriages, built in South Korea, is underway on the rail network, with static testing at the Eveleigh Maintenance Facility having been completed.

Concurrently, the RTBU and NSW TrainLink, the operator of the NIF, have been conducting working groups on the introduction of the New Intercity Fleet with health and safety representatives (HSR). Provisional improvement notices issued as part of this dialogue have been responded to, with others subject to review by SafeWork NSW.

In December, Metcalfe Rail Safety issued a review of the NIF operating model, commissioned by TfNSW. The review found that risks identified were eliminated or significantly reduced by the train’s design and the procedures required of the model.

“The people on the ground – the train guards, drivers and station staff – know these train aren’t safe. No piece of paper stating otherwise will convince people who know train safety inside and out that this New InterCity Fleet is anything but a danger on wheels,” said Claassens.

“Real experts who work on our trains every single day have seen these trains first-hand. They know that the current design flaw puts commuters at risk because it doesn’t allow train guards to properly monitor people in the moments before the train departs.”

Improvements on rail infrastructure on the Blue Mountains Line from Springwood to Lithgow is currently being carried out to widen the Ten Tunnels Deviation to allow the new fleet to pass through.

Stabling yards at Eveleigh, Gosford, Hamilton/Broadmeadow, Lithgow, Port Kembla, and Wollongong have been completed, and enabling work continues at over 100 stations. A new maintenance facility at Kangy Angy on the NSW Central Coast is also under construction and is scheduled to open later in 2020.