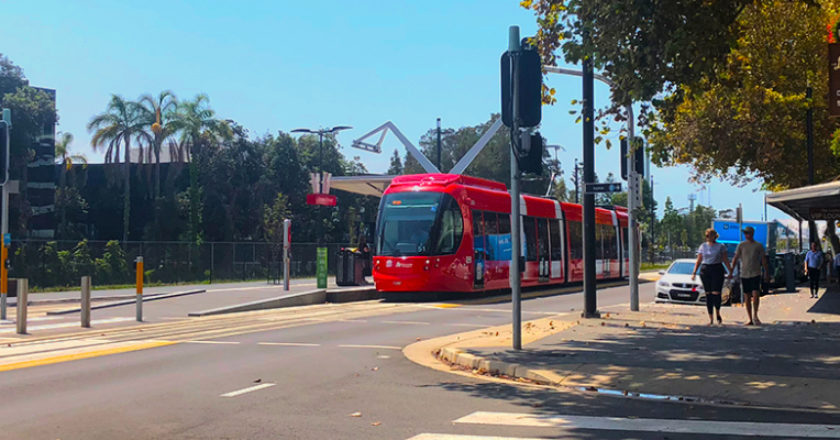 The NSW government has released a summary report of the strategic business case for the extension of the Newcastle Light Rail.

The summary concludes that the most suitable route for an extension would be from Newcastle Interchange to the John Hunter Hospital via Broadmeadow, however there is “no urgent need” to extend stage one, following from economic assessments of an extension.

“The preferred corridor has the potential for better employment growth, more housing and higher public transport usage than other potential routes,” said a Transport for NSW (TfNSW) spokesperson.

“It would also support the future Broadmeadow Urban Renewal and Entertainment Precinct and the redeveloped John Hunter Health and Innovation Precinct; important strategic centres for lifestyle and specialist employment opportunities in Newcastle.”

Despite these advantages, the strategic business case found that due to the pace of transformation in the Newcastle City Centre, dedicated bus corridors could be implemented in the shorter term, and then upgraded to light rail in the future.

“Transport will also investigate the initiatives identified in the 2018 Greater Newcastle Future Transport Plan, such as rapid bus and bus headstart initiatives, to deliver improved transport services in the area,” the spokesperson said.

The summary report identifies a number of reasons to continue to invest in public transport in Newcastle. In particular, Newcastle has a lower share of public transport usage than Sydney and Wollongong, the lack of visible connections between the city and employment clusters such as the John Hunter Hospital, and the need to manage population growth in Newcastle, which is forecasted to increase by 20 per cent in the next 20 years.

When conducting the economic analysis of the options, the report found that the route to John Hunter Hospital had a positive benefit cost ratio, however there were constructibility issues, particularly the steep gradient up Russel Street.

“Further investigations are needed to determine an alignment that is safe and technically feasible, particularly given the steep gradient between New Lambton and the John Hunter Hospital,” said the TfNSW spokesperson.

The existing Newcastle Light Rail has been credited as reshaping the city centre in Newcastle and driving urban renewal along its route.

Operated by Keolis Downer as part of the Newcastle Transport integrated transport provider, since its installation in early 2019, the Newcastle Light Rail has carried over a million passengers and public use across the entire network in Newcastle and Lake Macquarie in 2019 was 23 per cent higher than in 2018. 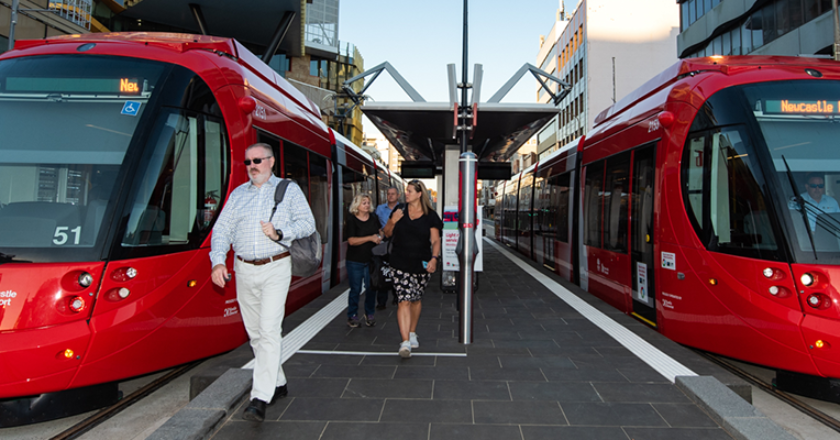 Newcastle light rail has passed its one year anniversary, with over a million trips in its first 12 months of operating.

According to Anna Zycki, Transport for NSW (TfNSW) acting regional director, north, the mode of transport has become integrated with the city.

“Light rail is now part of many Novocastrians daily lives, with more than 3700 customer trips on average every weekday. People are using the network to get around the city whether for work, study or leisure,” she said.

“The light rail has made Newcastle Transport a truly integrated network, with almost half of passenger trips using the light rail to connect with bus, ferry or train services.”

Newcastle Transport, which also operates buses and ferries in Newcastle is the operator of the light rail line, and contracted to Keolis Downer.

Zycki pointed out that the light rail service has increased the adoption of other forms of transport in the region.

“We’ve seen public transport use in Newcastle and Lake Macquarie increase by more than 23 per cent in 2019, compared to 2018,” she said.

“Newcastle light rail has also been a key driver in urban renewal and has re-shaped Newcastle’s city centre for the better.”

The service carried its one millionth customer on December 5, 2019, and averages 3,750 customers on a weekday.

Transport for NSW has released a statement urging road users in the Newcastle CBD to be tram aware due to a number of near misses since the launch of the city’s light rail service in February.

Road and maritime services director for the Hunter, Anna Zycki said that there had been in excess of 200 near misses around Stewart Avenue, Steel Street and Worth Place in the last few months due to motorists travelling through red lights and nearly colliding with trams that have the right of way.

In response to these incidents, Roads and Maritime Services has adjusted traffic light phasing and installed new signs at Stewart Avenue to raise awareness among drivers of passing trams. Zycki added that signs would also be installed on Steel Street “in coming weeks”.

“NSW Police will be out monitoring driver behaviour around the sites over coming weeks, but it’s important to remember police can be out in force, new signage can be put in, and traffic lights can be adjusted, but at the end of the day – drivers and other road users need to be aware of their surroundings and take care on and around the road,” she said.

Moore added that drivers should always be aware around light rail tracks.

“As tram drivers, we are trained to look out for other drivers and pedestrians,” he said. “We are being extremely cautious as we travel through intersections, but trams can’t stop quickly or easily and the close calls we’ve had are really concerning.”