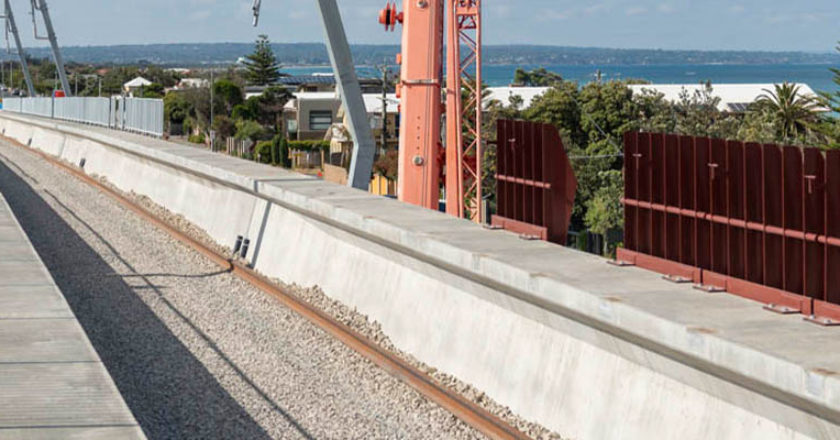 Trains are now running over a new rail bridge in Carrum, located in south-east Melbourne.

The new rail bridge now connects to the existing Frankston line. The Victorian Government has invested $3 billion to upgrade the Frankston line on the Metro trains network, including the removal of 18 level crossings and building 12 new stations.

Sonya Kilkenny,  Member for Carrum, said the “dreaded ding” of boom gates will no longer effect the community, making it safer and quieter.

Construction is still continuing on Carrum station. Current access to the new station is through The Station Street level crossing. The main entrance at McLeod Road is set to open later this year.

Carrum station, located in the bayside suburb, has been designed to accommodate coastal weather conditions, with weather protection pods, shelter canopies on the platform and wind screens in entrances.

The station will create a town square at its main entrance, a garden at the southern entrance, and a new foreshore park and beach promenade linking Carrum to the bay.

“We’re not wasting a minute delivering the road and rail projects our city and state needs.”