V/Line customers will be able to pay for journeys in cash and purchase meals onboard from January 31. END_OF_DOCUMENT_TOKEN_TO_BE_REPLACED 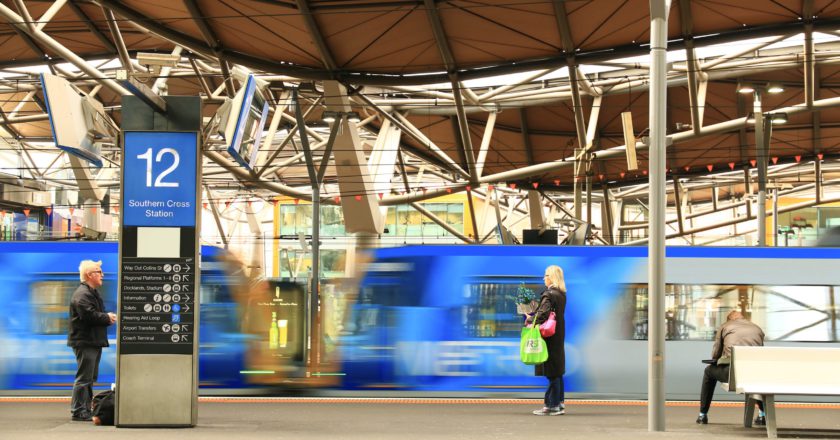 A major timetable change will come into effect for metropolitan and regional trains in Victoria from 31 January, 2021. END_OF_DOCUMENT_TOKEN_TO_BE_REPLACED

The Mobile myki system launched by the Victorian Government has been used by nearly 100,000 users since its public implementation just over two months ago.

The system allows passengers to pay for rides with their smartphones using Mobile myki in place of their physical myki cards, the contactless travel card system that has been in place for most public transport in Victoria since 2012.

The mobile version of myki is compatible with existing physical transfer points such as gates and readers on buses, trams and at train stations.

The majority of Mobile myki users are Melbourne train travellers, who represent 57.8 per cent of all smartphone transactions according to statistics released today by the Victorian Government. In addition, users between 25 and 34 years old represented the largest user group by age overall at over 30 per cent of total users (users between the ages of 35 and 44 were in second place).

Currently, Mobile myki is available for Android smartphones via the Google Pay app, but the Victorian Budget for 2019-20 includes $1 million to improve Mobile myki’s compatibility with other platforms, particularly Apple’s iPhone.

$350,000 has also been set aside to implement 160 free mobile charging ports at the Richmond, North Melbourne, South Yarra and City Loop stations.

“We’ve seen an incredible response to Mobile myki in just over two months and we’re getting on with the development and technical testing needed to make this technology available for people with other smartphones,” said Victorian Minister for Public Transport Melissa Horne.