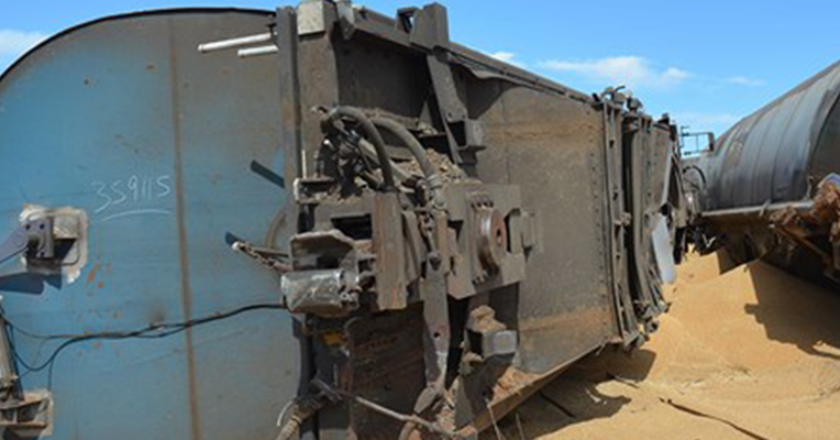 The ATSB recently concluded two separate investigations, one into a derailment of a grain train in north-western NSW that occurred in 2017.

The train, travelling from Nevertire to Manildra derailed causing substantial damage to wagons and track infrastructure, however there were no injuries. The investigation, conducted on behalf of the ATSB by the NSW Office of Transport Safety Investigation (OTSI), found that maintenance of identified defects did not prevent these defects from re-occurring.

The train was also travelling 20km/h above the 60km/h speed limit for that section of track.

OTSI CEO and chief investigator Mick Quinn said that defects around a rail joint as well as speed contributed to the derailment.

“The incident highlights the importance of ensuring that track is free of defects that effect safety and that trains travel at or below the speed specified in rail network standards.”

Following the derailment, the Australian Rail Track Corporation (ARTC), which manages that section of track, has made changes to its track maintenance systems and processes, and is replacing sleepers and removing rail joints.

In a separate incident, at Eagle Junction in Brisbane, a newly replaced points machine resulted in an incorrect authority displayed by a signal.

The driver and signal electrician at the time, in 2018, noticed the irregularity, and reported it, however a short time later another train approach and crossed over the conflicting route.

An ATSB investigation found that the master circuit diagram had not been updated to reflect modifications. ATSB director transport safety Stuart Godley said that to avoid this, safety critical infrastructure must be supported by precise documentation.

“Accurate and up-to-date engineering documents correlating with in‑field equipment are fundamental to the effectiveness of an engineered interlocked signalling system to maintain train separation.”