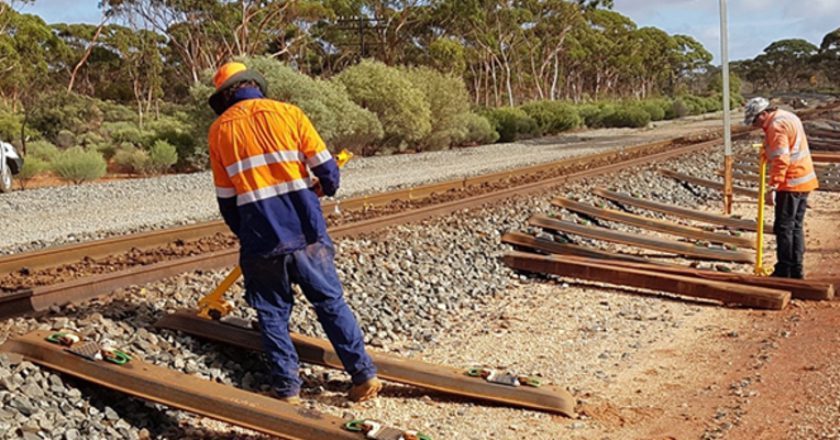 Arc Infrastructure has trialled a new style of sleeper on a freight line running from Leonora to Kalgoorlie in the Goldfields region of Western Australia.

The line is undergoing $2.3 million of improvements, including the replacement of more than 6,000 sleepers and upgrade of 2,400 sleeper plates.

The company stated that its system — which involves the sleepers’ fastening system being pre-attached as a single unit to cut down on installation times — would outperform traditional steel sleepers as well as timber sleepers due to reliability improvements and a longer life cycle.

“We are the first in Australia to use this type of steel sleeper which we’ve had slightly modified to better suit our installation processes,” said Arc Infrastructure head of network strategy and long-term planning, Michal Golinski.

“The sleepers are also delivered with all fastenings attached as one unit and as such reduce the number of steps within the installation process for the teams on the ground.”

The works have been delivered as part of Arc’s ongoing maintenance with major projects teams and local contractors over a two-month period.

The company said it would montior the perofrmance of the sleepers over the coming years to monitor potential improvements.

The sleepers are also recyclable once they reach the end of their usable life, being able to be recycled into new steel products.