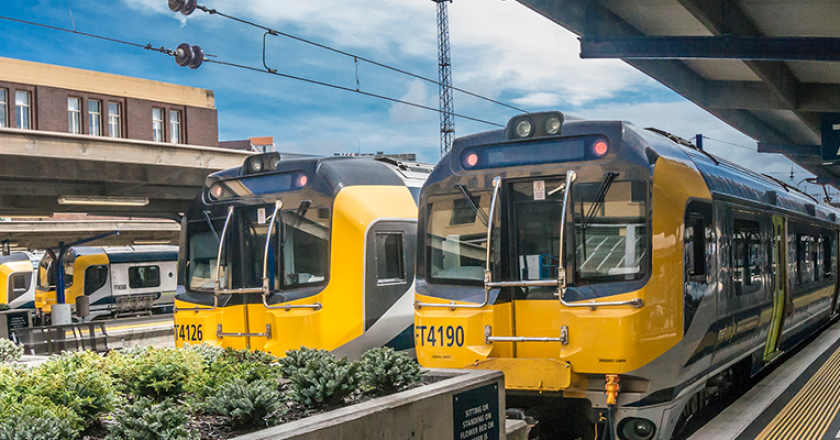 The push was led by the Greater Wellington Regional Council, which runs train services through operator Metlink.

Chair of Greater Wellington’s Transport Committee Roger Blakeley said the council’s motion, known as a remit, adopted by Local Government New Zealand (LGNZ) on August 21, is highlighting ongoing uncertainty as to how commuters will return to public transport.

“In New Zealand, Wellington in particular, recovery of patronage on public transport has been relatively fast compared to overseas but that’s still only a partial recovery. Our experience over the last few weeks, where the threat of COVID-19 has re-emerged, has highlighted the need for ongoing vigilance and that full recovery will take time,” said Blakeley.

During the pandemic, the New Zealand government has addressed the shortfall in farebox revenue by providing public transport funding through Waka Kotahi NZ Transport Agency. This extra transport funding also covered additional costs such as cleaning, stickers, and advertising that directed commuters how to travel safely during COVID-19.

With New Zealand experiencing a mild second wave of the virus, particularly near Auckland, leading to newly imposed restrictions, councils are concerned about what future arrangements will need to be put in place, said Blakeley.

“While the government, through Waka Kotahi, had signalled a degree of financial certainty for the current financial year, the last week has started to raise questions on the sustainability of this funding. This remit calls for the government to continue to work in partnership with councils to ensure the ongoing viability of public transport in the regions, cities, towns and communities across New Zealand,” said Blakeley.

“Put bluntly, if patronage levels fail to rise to pre-Covid-19 levels the financial viability of providing public transport networks will come into question. We’re calling on the government to continue to support councils to deliver the benefits of public transport to our communities and those that rely on it the most.”

The remit now calls on the president of LGNZ to work with the Minister of Transport and Local Government to develop a work programme between government and councils to maintain the financial viability of public transport.

During the pandemic when the country was under alert level 4, services in Wellington were free. Auckland discontinued cash fares however continued to charge passengers through the AT Hop payment card.