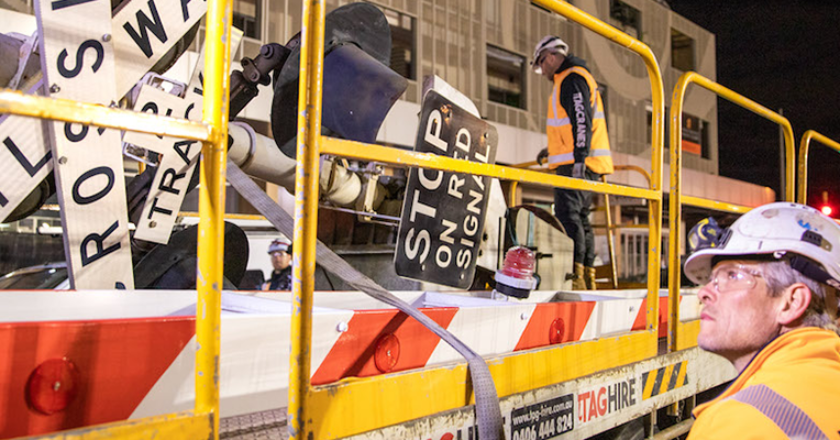 At Evans Road, Lyndhurst, seven giant bridge beams weighing 70 tonnes and 32 metres in length have been installed. The beams will support a new road bridge over the Cranbourne line, allowing smoother connections around the transport network.

The beams were made in Victoria in Kilmore, and delivered to the site by truck.

The level crossing at Evans Road had been a site of concern for the community since it was closed in 2005, with motorists taking extreme measures to avoid detours. The removal of the level crossing will reconnect communities such as Lyndhurst, Lynbrook, and Cranbourne West.

Work will be completed on the Evans Road level crossing by the end of 2020.

The works are part of the largest level crossing blitz ever undertaken, and once complete rail trenches will be constructed, and two new stations will be built at Charman and Balcombe roads.

Trains will return to the line on July 27, and roads will reopen even sooner, with Park Road opening on June 8, Charman Road on June 11 and Balcombe Road on June 23.

Finishing works including car parking, landscaping and walking and cycling connections will continue until the end of 2020.