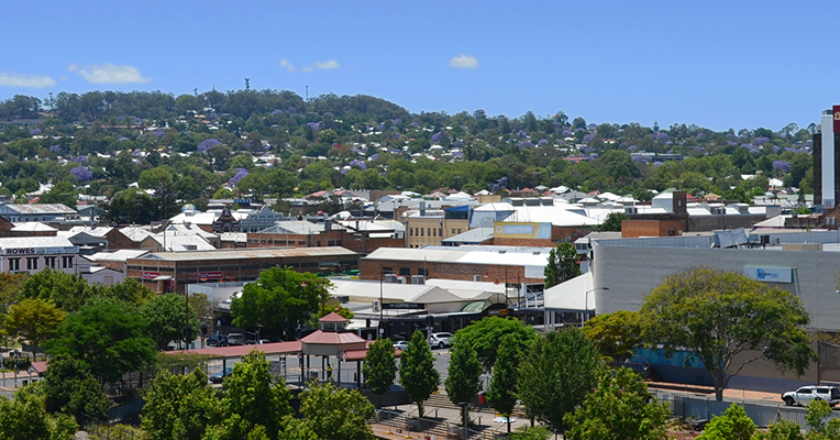 The Toowoomba home of the Inland Rail project was officially opened today, July 30.

The new Australian Rail Track Corporation (ARTC) project office increases the footprint of Inland Rail in the regional Queensland city and will provide an ongoing base as construction begins.

Local member John McVeigh opened the office, which can accommodate up to 40 people.

“The office will serve as a hub for ARTC’s community engagement for a number of sections of the project and will provide a basecamp for technical staff when in the field,” he said.

McVeigh said the office is one example of how Inland Rail will benefit local communities along the alignment, with the building constructed by a local company.

“More than 60 per cent of the Inland Rail investment will be made in Queensland and much of this will be in Toowoomba. As we fast become a northern freight and logistics hub – it’s fitting that ARTC increase their presence in town as they work to refine the design of Inland Rail.”

Inland Rail will pass by Toowoomba on the western and northern outskirts of the town, connecting the region to Brisbane at Acacia Ridge, and NSW and Victoria as well as the wider interstate freight network.

Discussions for an intermodal terminal between Pacific National and Wagner Corporation are underway  for the route at Toowoomba Wellcamp Airport, to enable freight to be transferred from the Inland Rail network to airborne freight and the local region.

Finance Minister Mathias Cormann said that the project would enable such connections between local and international markets.

“Regional Australia is a significant contributor to our economy and Inland Rail will facilitate our regions connecting to markets at home and abroad, providing a sustainable and long term benefit to these communities and Australia more broadly.”

Deputy Prime Minister and Minister for Infrastructure, Transport and Regional Development Michael McCormack said that the location would provide an interface between the local community and project staff.

“No one understands regional towns better than the people who live and work there. Local knowledge and a connection to community improves the delivery of Government services and programs, such as Inland Rail.”