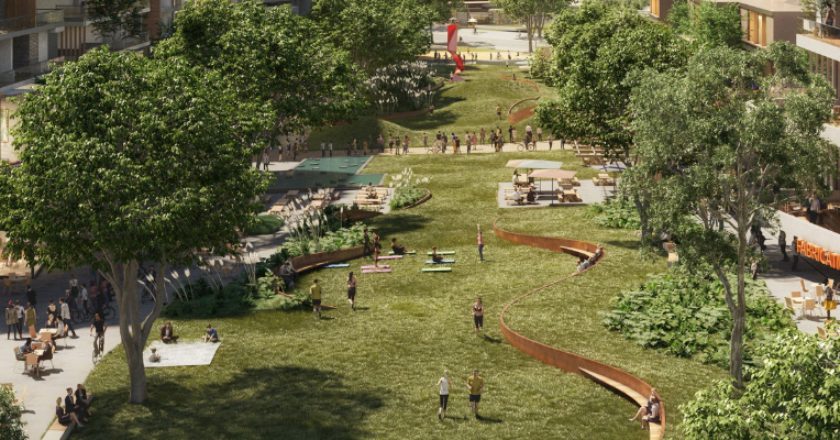 The Japan-headquartered company unveiled its masterplan vision for the town centre earlier this week, which is designed to accommodate around 133,000 new residents by 2036. The 40-hectare development is expected to create up to 20,000 jobs.

Sekisui House’s design philosophy is based around the concept of a low-carbon “20-minute neighbourhood” with amenities such as healthcare, schools, community spaces, sport facilities and the proposed train station all to be located within a 20 minute walk.

The centre has already secured several large retail leases, with the first stage of the project’s development having already been completed in May 2018. Stage two of the project will focus on medium- and high-rise residences in the South Village quarter and the extension of the existing retail centre

“This masterplan vision will cater to the varying needs of the current local community, and ensure it is well positioned for the future,” Mr Abe said.

The state government’s proposed extension of the rail corridor from Ipswich to Springfield is intended to pass through Ripley in its mission to offer public transport to areas of population and industry growth in Brisbane’s western corridor.