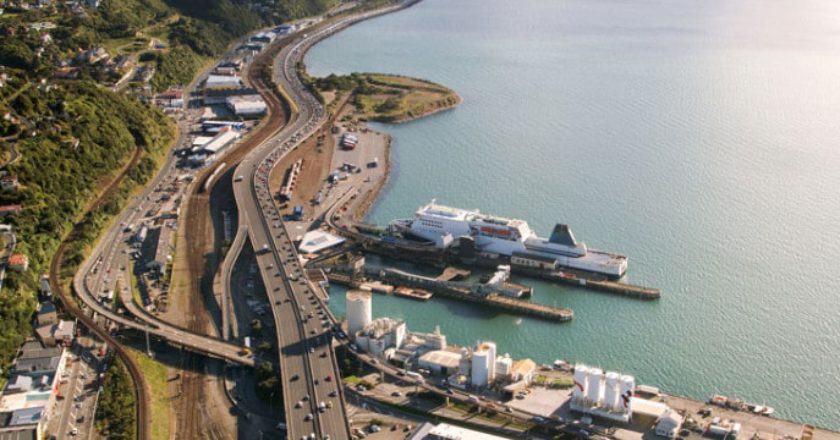 New vaccine and testing requirements have been introduced for passengers on Interislander ferries in New Zealand. END_OF_DOCUMENT_TOKEN_TO_BE_REPLACED 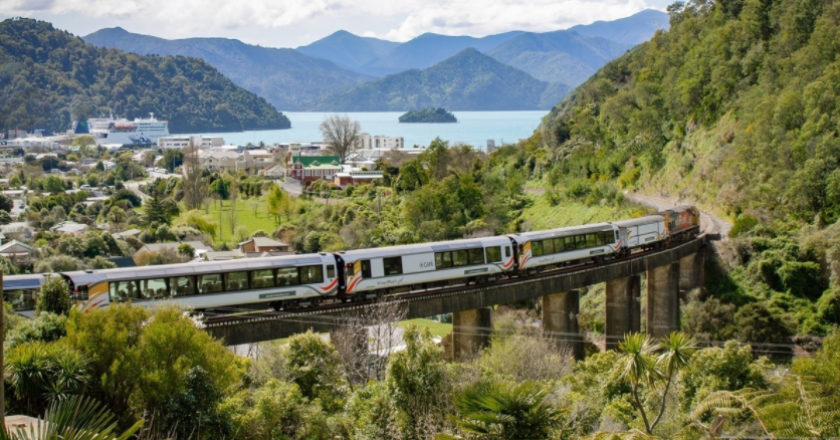 KiwiRail has leased an additional freight ferry to provide capacity and resilience on Cook Strait.  END_OF_DOCUMENT_TOKEN_TO_BE_REPLACED 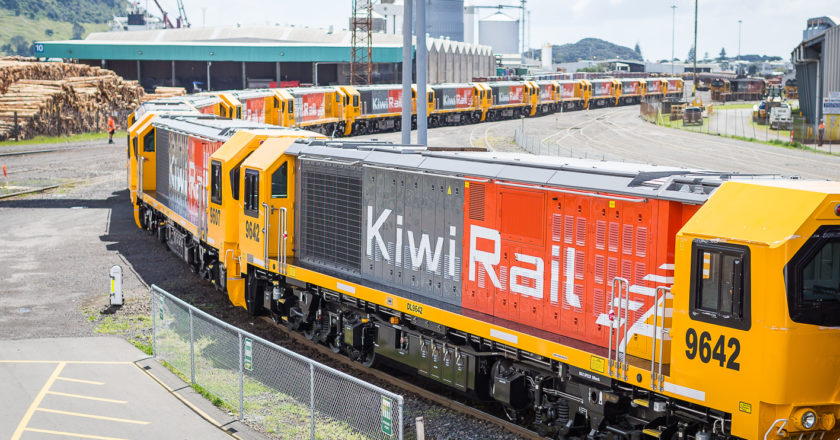 A new weekday rail service between Auckland and Christchurch is being launched to help New Zealand businesses grappling with disrupted ports and shipping lines.  END_OF_DOCUMENT_TOKEN_TO_BE_REPLACED 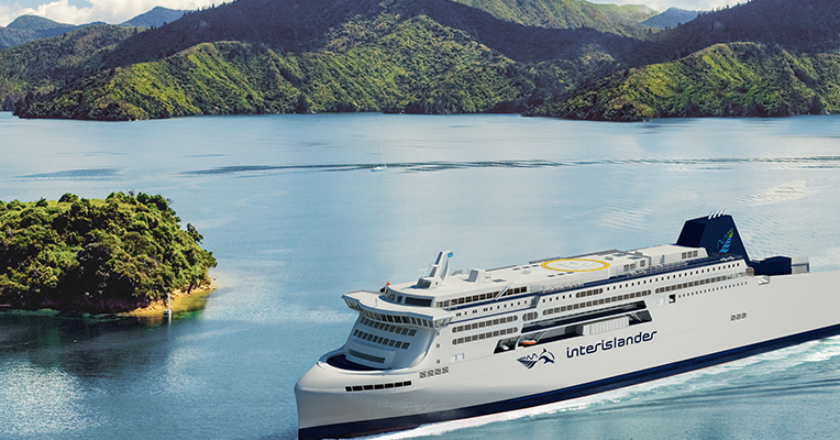 KiwiRail has released a request for proposal (RFP) for new Interislander ferries with 300 per cent greater capacity for freight rail wagons.

The announcement is the next step in the process of replacing the current three ferries with two rail-capable ships. KiwiRail group chief executive Greg Miller said the ferries form a critical link in the country’s rail network, transporting goods along the Main Trunk Line.

“The new ships will strengthen and enhance the vital transport link between the North and South Islands and represent a once-in-a-generation opportunity to transform the Cook Strait crossing.”

Each year, the Interislander ferries move 800,000 passengers and up to $14 billion worth of road and rail freight between the North and South Islands.

The NZ 2020 Budget allocated $400 million towards the purchase of the two ships, following a request for information process that was completed in February 2020.

“Our new ferries and the associated port infrastructure will provide greater resilience for this crucial link that unites our country and will serve New Zealand for the next generation and beyond,” said Miller.

The new ships will be significantly larger than the current ferries. The ships will be 40 metres longer and 5 metres wider and can carry twice as many passengers, trucks, and other vehicles. At full capacity, the ship will carry 42 rail wagons.

KiwiRail has also stated that the ships will be more environmentally friendly and produce fewer CO2 emissions, with the ability to run on battery power at times.

KiwiRail expects to identify a builder before the end of 2020. 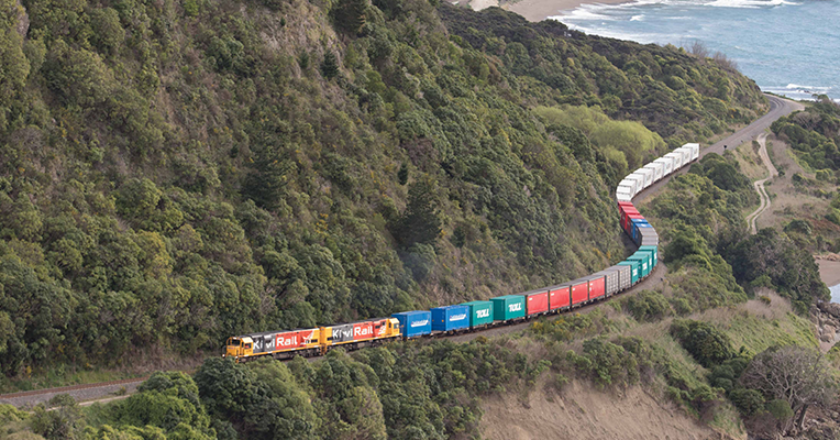 The NZ Coalition government has targeted investment in track and locomotives, as well as a replacement for the Interislander ferries as key initiatives in the first post-coronavirus (COVID-19) budget.

State owned enterprises minister Winston Peters said that rail was critical for the country to emerge after the COVID-19 pandemic and associated lockdowns.

“Rail is a critical part of our integrated transport network. Not only is investment essential to address decades of under-investment, but further investment in rail will play an essential role in our economic recovery post-lockdown,” he said.

Peters’s responsibilities cover state-owned rail operator KiwiRail, which owns most of the rail track in New Zealand while also providing freight services and the Interislander ferry, which is rail-enabled. The budget approved $400 million for new Interislander ferries and port-side infrastructure. This will enable KiwiRail to tender for international builders to design and construct two new rail-enabled ferries for delivery in 2024-2025 said KiwiRail chief executive, Greg Miller.

“Our Cook Strait ferries are an extension of State Highway 1, moving 800,000 passengers and up to $14 billion worth of road and rail freight between the North and South Islands each year,” he said.

“They are a must have for NZ Inc. The two new rail-enabled ferries will be more advanced, have significantly lower emissions and last for the next 30 years.”

In addition, $246m was allocated for investment in rail track and $421m for new locomotives, which will help shift freight onto rail, said Miller.

“The Government’s investment allows us to continue with our locomotive replacement programme and raise the standard of our rail lines, bridges and tunnels across the country. This will enable KiwiRail to offer better and more reliable train services for our customers and move more of New Zealand’s growing freight task onto rail,” he said.

Funding will be targeted at areas with significant freight demand, such as the Auckland-Hamilton-Tauranga triangle, the North Island Main Trunk Line, the Midland Line from Rolleston to Stillwater, and the Main South Line from Lyttleton to Rolleston. The funding also includes upgrades to Wellington Railway Station, damaged in the Kaikoura earthquake, and resilience work on the National Train Control Centre.

“This funding recognises that rail has a greater role to play in New Zealand’s transport sector, and that it can make a valuable contribution towards lowering our transport emissions, reducing road congestion and saving in road maintenance costs – which benefits our nation as a whole.”

An ongoing extension of previous funding
The $1.2bn comes in addition to the $1b allocated in the 2019 budget and will continue to modernise the NZ rail network.

“The investment in rail infrastructure, is not only helping to secure the thousands of existing jobs at KiwiRail but will be a huge boost to New Zealand’s civil engineering and construction sector, with hundreds of contractors, and their material suppliers, needed nationwide for track renewal, mechanical facility upgrades and ferry terminal projects.”

In addition to the direct funding, legislative changes will allow for network investment to occur through the National Land Transport Fund. An extra $148m has been earmarked for investment through this fund once the legislation is passed.

NZ has been part of the Australasian rail renaissance, with the Transport Minister Phil Twyford releasing the NZ Rail Plan in December 2019 that outlined the priorities for investment in the rail network.

“The Coalition Government has a bold vision for a 21st century rail network as outlined in the draft New Zealand Rail Plan. We need a resilient and reliable rail system to support freight and get our cities moving,” said Twyford.

“Budget 2020 builds on the substantial investments we’ve already made in rail through past Budgets, the Provincial Growth Fund, and the New Zealand Upgrade Programme which will help future proof the economy and reduce emissions.”

Light rail misses out
In the budget announcements there has been no mention of the Auckland Light Rail. The project was included in the coalition agreement signed between Labour and the Greens however with an election in September 2020, it seems unlikely that funding will be allocated in this term of government.

Twyford confirmed to NZ media that the light rail project is on pause while the government responds to the COVID-19 pandemic.

Two bids have been received for the project, one from private sector backed NZ Infra, and one from the government transport authority NZ Transport Agency.