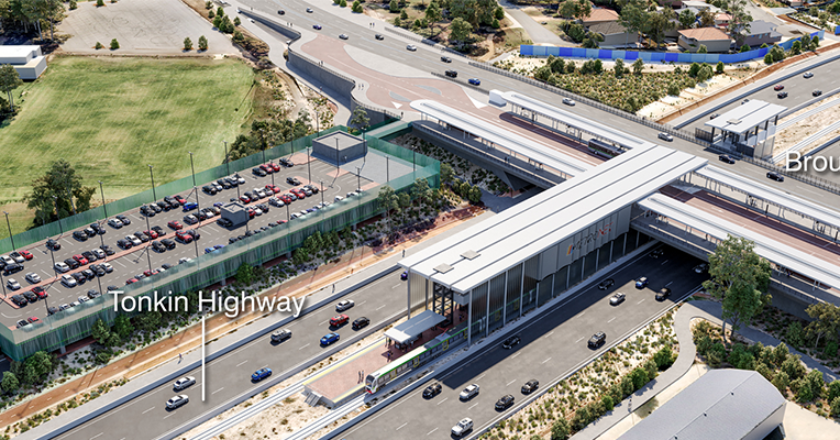 The West Australian government is using the construction of a new station and rail line as a way to guide development in Morley. The government is working with local residents and businesses to develop connections between the future Morley station and the surrounding area.

Over 200 residents and businesses have given their feedback, which has shaped the Morley Station Precinct Concept Master Plan, which is being developed in consultation with the City of Bayswater. Once complete, the master plan will guide planning and infrastructure delivery around the station.

Morley is a new station that will be located on the Morley-Ellenbrook line, being built as part of the Metronet project. The station is the first on the line that begins at Bayswater station.

According to WA Transport Minister Rita Saffioti, the construction of a new rail line allows for a rethink of the development of the surrounding suburbs.

“The significant investment in the Morley-Ellenbrook Line provides the opportunity to continue to grow the Morley Activity Centre as an important social and economic hub for the north-east corridor.”

A high-frequency bus service will link the station to the Morley Galleria to provide access to shopping and services.

Morley MLA Amber-Jade Sanderson said that the plan would also shape private investment in the area.

“This concept plan will provide vision and clear direction for the private sector and help stimulate much needed new investment in the commercial precinct,” she said.

“We want the many private land holders to develop their land for the revitalisation of Morley.”

The plan will inform the development of a local structure plan, which will go into more depth on infrastructure, zoning, and development to complete the design vision.

Work is on track to award the contract for the construction of the line later in 2020, with two shortlisted proponents, Ellenbrook Alliance (CPB Contractors and Downer EDI) and MELconnx Consortium (Laing O’Rouke Australia Construction).

Up to six level crossings between Carlisle and Beckenham will be replaced with a rail bridge to improve safety and ease movement in the area.

The WA government is continuing to seek feedback of the final design.