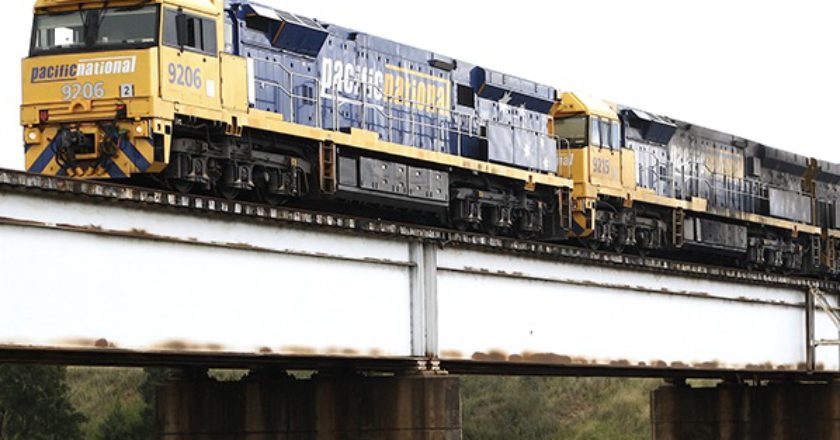 During a three-day shutdown, upgrades to turnouts and bridges in the Hunter Valley Coal Network have been taking place. END_OF_DOCUMENT_TOKEN_TO_BE_REPLACED 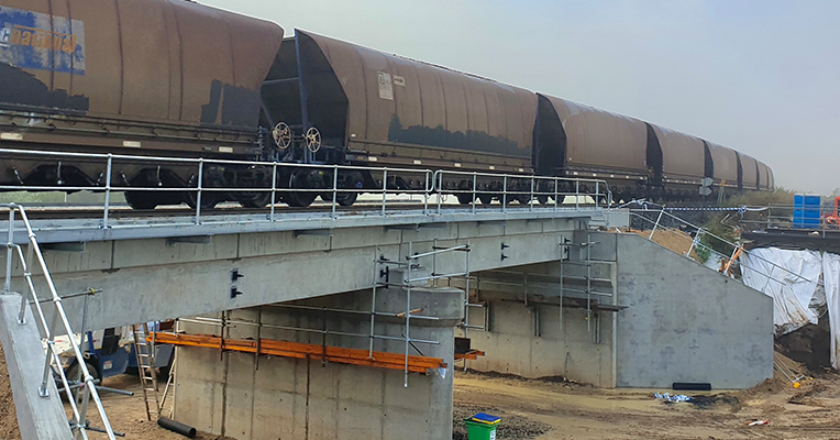 The ARTC will carry out major works to renew track and infrastructure on the Hunter Valley Coal Network during a shutdown.

Maintenance work will include replacing an almost 100 year old bridge at Qurindi over the Jacob and Joseph Creek.

The original steel bridge was built in 1927 and will be replaced with a new 85-metre long steel bridge.

“The Quirindi works have been underway since last October with significant earthworks, concrete piling and concrete preparation now complete,” he said.

“It’s a huge undertaking to remove the existing steel bridge and then to install by crane 28 precast concrete bridge girders and a new steel walkway and access stairs.”

Across work sites on the Hunter Valley Coal Network from Kooragang Island in Newcastle to the Ulan region, the ARTC will attempt to minimise wastage by reusing spoil. The excavated materials will be reused on the project or diverted through local waste recyclers.

“We did the first trial in March this year where spoil was screened, crushed and tested for suitability to use for a rail reconditioning project and we used it again successfully during the May shutdown for the reconditioning of 240 metres of track,” Johnson said.

“For this shutdown, recycled material will be used to recondition 330 metres of track.”

From August 3-7 work will be carried out on 100 separate points around the network from Muswellbrook to Narrabri. In addition to bridge replacement work at Quirindi, bridges will be renewed at Gunnedah, along with replacing 270 transoms on the Aberdeen bridge. 1,850 metres of track formation will be upgraded while preventative and routine maintenance tasks are undertaken.

Between Kooragang Island and Ulan works will commence on August 4 and finish on August 6. 700 workers on 400 jobs will complete works such as laying 10 kilometres of new track, upgrading 450 metres of track formation, ballast replacement of 450m of track and the initiation of major construction works on the Muswellbrook bridges replacement.