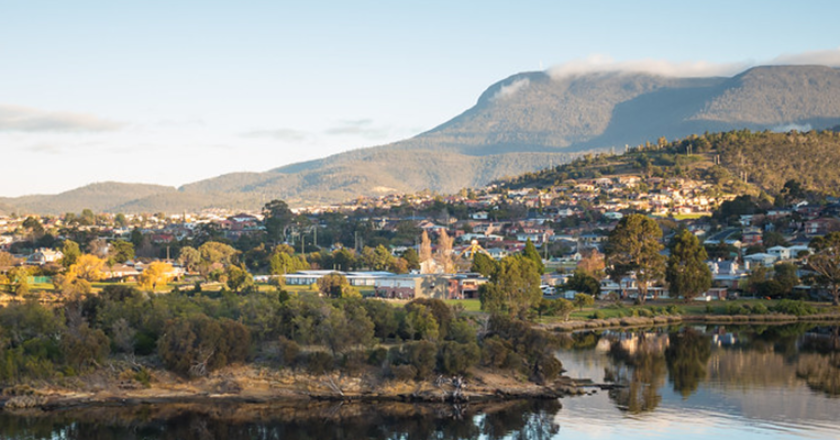 A community-based action group is advocating for a passenger rail solution in Hobart, where the only public transport option is the bus.

A decommissioned heavy rail corridor in Hobart’s northern suburbs has been the focus of a community-based campaign lobbying for the instalment of a passenger rail service since 2010.

Formerly a freight rail line, the corridor was decommissioned in 2014 after the last freight train passed through Hobart.

The HNSRAG wants the decommissioned railway tracks to be utilised for passenger rail services rather than being converted into a bus way.

“It would be a tragedy to remove the rails from the railway, it would be a very backward step in my opinion,” Johnston said.

“Keeping rails on the corridor has strategic advantages for future freight if becomes necessary again, and you keep a lot more options open than if you convert it into a busway.

“We’ve got the corridor, and polling shows 80 per cent community support, with Hobart now the third or fourth most congested capital city.”

The Australian Automobile Association’s Road Congestion in Australia report found, in 2018, the Glenorchy to Hobart CBD route, specifically, was increasing in travel time by 0.5 minutes.

When the Hobart City Deal, signed in February 2019, allocated $25 million to delivering a transport solution on the Northern Suburbs Transit Corridor, the state government undertook a study to determine the best mode for the corridor, be it a train, a bus or a trackless tram. The study will be published later in 2020 the year.

While support has been voiced for a passenger rail corridor by all three of Tasmania’s state political parties at numerous elections since 2010, some in HNSRAG are not optimistic that the City Deal will result in a passenger rail service but rather that converting the corridor to a busway is now a likely option.

Ian Addison, a committee member of HNSRAG, suspects that there is support in influential circles for a “trackless tram” solution, which he says is essentially a guided bus.

“I’m very supportive of investment in buses but not of converting a rare and valuable rail corridor to a busway,” Addison said.

“Unfortunately, as it currently stands, it seems very unlikely that rail will be the mode of choice for activating Hobart’s rail corridor as a passenger transit route. Up till about a year ago there appeared to be good momentum building for a passenger rail service with quite a high public support as well as the main councils within Greater Hobart.

“However, the trackless tram is being promoted by its advocates as a replacement for light rail in future. I have concerns that a rail-based option, well-tailored to the particular circumstances on this corridor, will not be given appropriate consideration.”

Hobart’s public transport network is currently served by bus services travelling lengthy routes to the widely spread-out suburbs. Alongside the low service frequency, Hobart has some of the lowest public transport patronage in Australia.