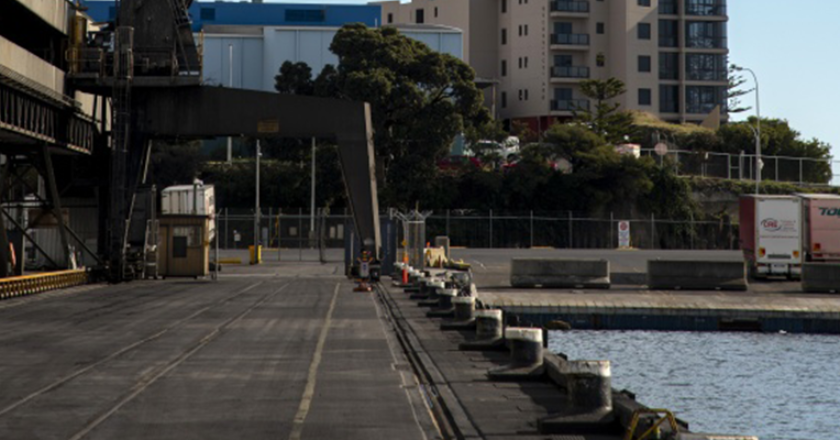 The replacement of the Port of Burnie shiploader has taken the next step, with federal funding confirmed and tender documents to be released to market this month.

“It will be integrated into our Bulk Minerals Export Facility at the Burnie Port, which provides undercover storage for around 130,000 tonnes of ores and concentrates from West Coast mines. It will effectively double the tonnes able to be loaded per hour,’ he said.

“This is a proven and reliable ship loading system and, as part of a seamless integrated supply chain, it will add significant productivity and reliability to our operations and benefit the mining industry also.”

Deputy Prime Minister and Minister for Infrastructure, Transport and Regional Development Michael McCormack said the replacement of the 50-year-old shiploader was part of wider investments in freight rail in Tasmania.

“This project is part of the Tasmanian Freight Rail Revitalisation program and will enable the service of more types of ships, increasing ability to load higher-capacity vessels while doubling the current bulk material loading capacity to approximately 2,000 tonnes per hour.”

Local member Gavin Pearce said that the efficiencies of a new shiploader would be felt down the line.

“This will boost production for miners, allow TasRail to handle more ore concentrates and there will be less queuing time,” he said.

“It will also mean cost savings on port charges, more mineral concentrates will pass through the port, and miners will boost their production and have certainty in the logistics chain.”

The upgrade to the Port of Burnie shiploader is part of the third tranche of upgrades to the Tasmanian freight network. Other projects include resleepering, track replacement, upgraded culverts, drainage and formation work, as well as improvements to level crossings. These projects are currently in the planning phase.

Tasmanian Shadow Minister for Infrastructure Shane Broad said that while Labor welcomed funding for the shiploader, it must not come at the expense of other safety upgrades. Labor argues that the $40m for the shiploader has come out of funding earmarked for upgrades to the rail network.

“The government needs to find the money elsewhere or risk network deterioration, derailments and accidents in the future,” said Broad.