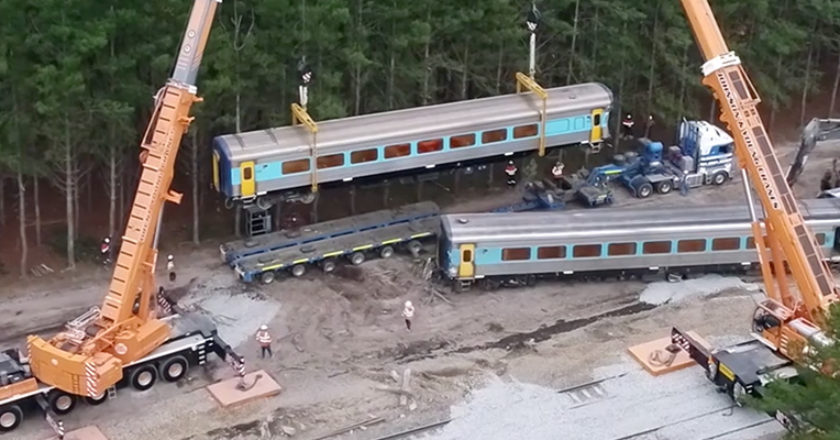 The Rail, Train and Bus Union (RTBU) stated that it is pleased that the rail industry is taking the union’s concerns seriously.

ARTC advised the union on Thursday, February 27 that it would be imposing a 20km/h speed limit through Wallan. It also advised that the signalling infrastructure through Wallan was now operational.

“At this point, we’re pleased that ARTC, PN, V/Line and NSW Trains are taking our concerns seriously. In particular, the companies have taken action on our concerns regarding track speed and signalling,” an RTBU spokesperson said.

The Office of the National Rail Safety Regulator (ONRSR) has inspected the corridor and consented to the recommissioning of the track.

An ARTC spokesperson said services on the North East Rail Line resumed on Friday, February 28, with the first Melbourne-Brisbane freight service passing through at 2.50am on Friday morning.

An RTBU spokesperson said there are still more questions that need to be answered.

“It is important that all workers involved in services along the corridor are fully informed, and are able to raise any safety-related concerns,” an RTBU spokesperson said.

On Monday, March 2, John Fullerton, ARTC CEO appeared before the Senate Standing Committee on Rural and Regional Affairs and Transport, Canberra to address ARTC’s response over the past eleven days following the XPT derailment.

Fullerton said despite working hard to prevent accidents and prepare extensively in case they happen, the worst possible outcome happened earlier this month.

He said over the past 11 days, ARTC have supported staff and contractors, been working with emergency services and Transport for NSW to safely remove the train, repairing the track so it is available again for use and cooperating with investigations underway.

“In terms of supporting staff and contractors, many of our staff personally knew the people who were killed in the accident, and many others were involved in the first response,” Fullerton said to the committee.

“We are very aware of the potential impact that this could have on staff, and have been widely advising those who need to, to access the services they need through our Employee Assistance Program. We have also been asking them to take care of one another.”

Fullerton said the industry collectively owes it to John Kennedy, the driver from Canberra, and Sam Meintanis, the pilot from Castlemaine, to work with the investigators to understand what happened and what actions need to be taken to prevent it ever happening again, as they were “two employees in our industry who went to work and never came home”.

He said ARTC has been providing full support to investigators from the Australian Transport Safety Bureau (ATSB), ONRSR and the Victorian coroner.