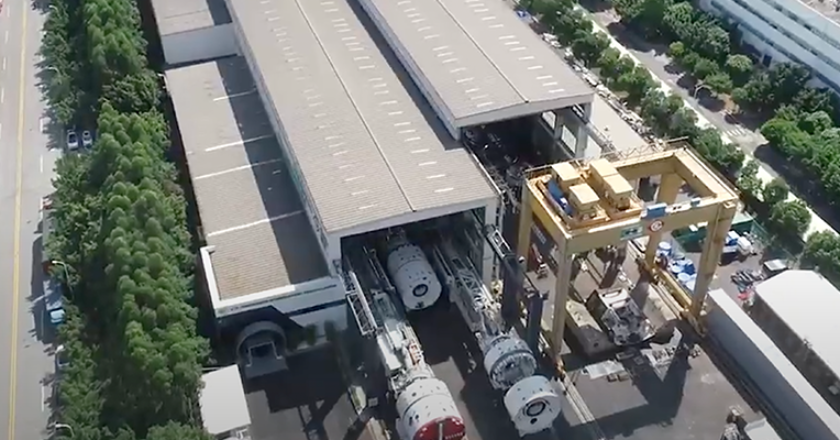 The machine has been assembled in Guangzhou, China and after a number of tests is ready to be shipped to New Zealand, said Francois Dudouit, project director for CRL’s tunnels and stations delivery consortium Link Alliance.

“The TBM successfully underwent more than 500 tests to make sure everything works as it should. There is now great excitement that we are ready for the next step – to bring the TBM to Auckland.”

The TBM has been designed to meet the unique challenges of tunnelling under Auckland, where it will dig the tunnels, transport the excavated spoil, and install the concrete panels that will line the tunnels.

“It is a unique, world class machine – an underground factory – purpose built to carve its way through Auckland’s sticky soil,” said Dudouit. “Just about everything that moves was tested to make sure it can do the transformational job it’s been designed for.”

While the CRL project has been slightly hampered by restrictions on travel for key personnel, and the delivery of the TBM was delayed due to the factory closing in China, the successful handing over of the TBM demonstrates that the project can continue during COVID-19, said Sean Sweeney, chief executive of CRL.

“The successful factory assessment tests and the handover of the TBM to the Link Alliance is a very clear and strong indication that the CRL project can meet critical milestones in a Covid-19 world.”

The TBM will carve out the twin, 1.6km-long tunnels between Mt Eden and central Auckland where it will connect with tunnels from Britomart. Delivery is expected in October and it will begin tunnelling in April. Each tunnel is expected to take nine months to complete.

The TBM will be named in honour of Māori rights champion Dame Whina Cooper.