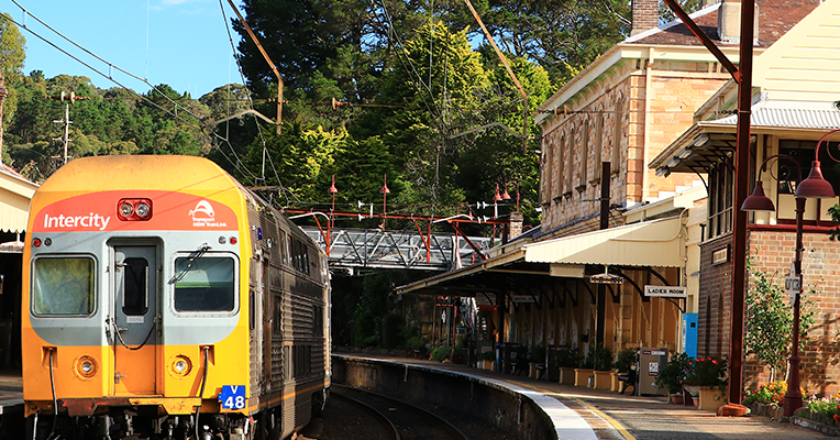 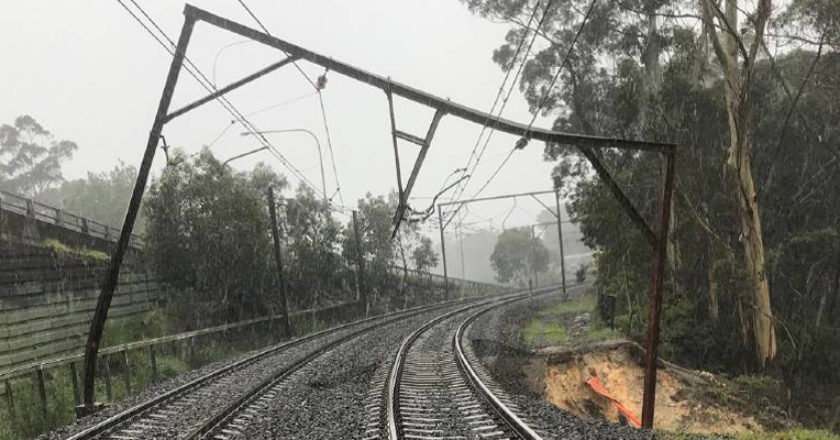 The Blue Mountains in New South Wales has been hit with catastrophic weather in the past 48 hours, heavily disrupting the Sydney Trains and NSW Trainlink network in the region.

Signal boxes and thousands of kilometres of signal wiring is currently being replaced on the Blue Mountains line.

NSW Minister for Regional Transport and Roads Paul Toole said Sydney Trains had secured the track infrastructure and were now working to stabilise the land.

Sydney Trains stated in a social media post on Monday that heavy rain has led to land-slips, fallen trees, flooding, and damage to infrastructure.

The heavy rain resulted in a land-slip that occurred between Leura and Katoomba last Sunday afternoon that forced the closure of the Blue Mountains line between Springwood and Mt Victoria.

“Re-opening the line is a huge job – engineers need to rebuild the embankment and infrastructure, including earthworks, track reconstruction, signalling and overhead wire repairs, however we are confident this work will be completed in a matter of weeks, weather dependent,” said Toole.

Toole stated earlier this month that it would be months before part of the Blue Mountains line would reopen again due to bushfire damage.

“At the end of last year, 25 kilometres of track was significantly damaged by bushfires between Mount Victoria and Lithgow, with thousands of kilometres of communication, electrical and signal wiring lost,” he said.

Engineers have developed temporary systems to allow limited rail connectivity and safely operate some freight and passenger services on Tuesday.

Transport for NSW said they are working closely with freight operators to provide alternate routes.

Sydney Trains said that its frontline operational staff from the network and NSW TrainLink have been working on the line, but that forecast rain will continue to impact the network in the coming days.

Sydney Metro’s underground tunnels are also suffering from the torrential rain in the CBD.

Over a million litres of rainfall flooding has occurred in the 10-year-old tunnel between North Ryde and Chatswood that relies on pumping methods to eliminate excess water.

The Sydney Morning Herald reported that the water pumps have not malfunctioned but the volume of water limited their effectiveness due to the rainfall in Sydney last weekend.

Other services in Sydney have been impacted by the flooding, including light rail and infrastructure damage on the Central Coast and Newcastle line.