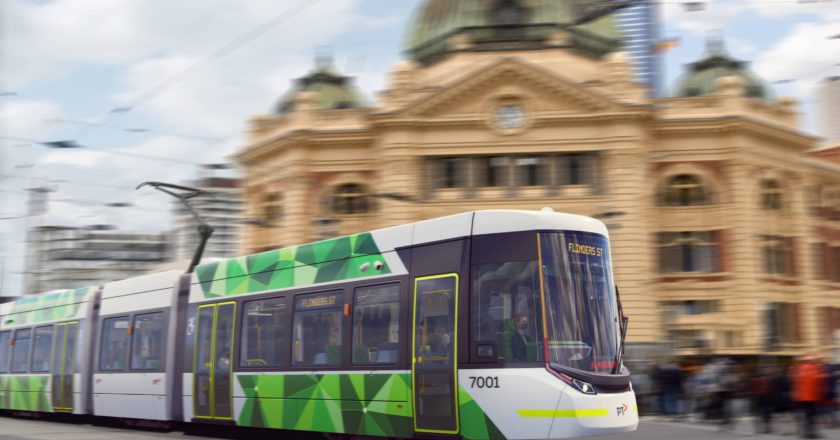 Global smart and sustainable mobility leader Alstom has signed a framework contract with Department of Transport Victoria for the provision of 100 Flexity low-floor Next Generation Trams (NGTs) for the largest urban tram network in the world. END_OF_DOCUMENT_TOKEN_TO_BE_REPLACED 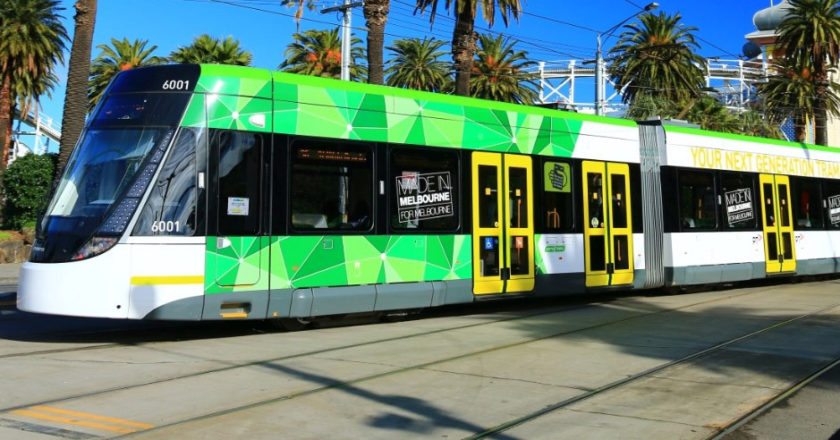 Alstom has delivered the 100th, and final, Flexity light rail vehicle (LRV) to the Department of Transport in Victoria.   END_OF_DOCUMENT_TOKEN_TO_BE_REPLACED 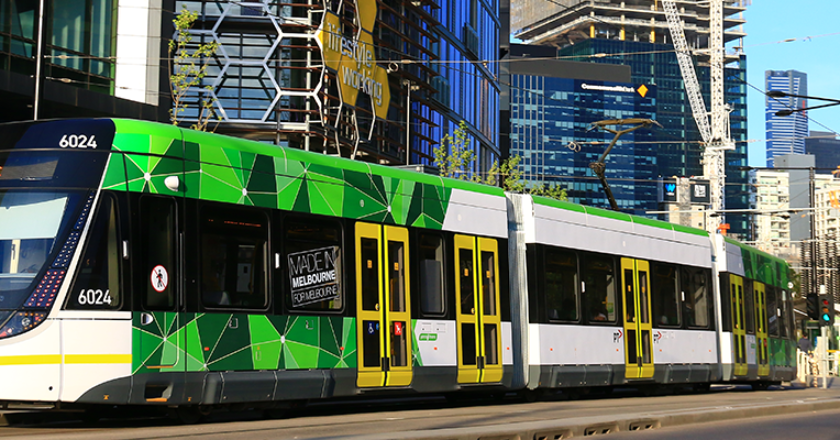 Australia, already home to the largest tram network on the planet, has become a hotbed for light rail developments in recent years. With new projects opened across multiple cities in the last five years, the project pipeline remains strong.

Despite this rapid development of a range of new opportunities for light rail vehicle (LRV) manufacturers in the region, Bombardier Transportation’s Todd Garvey told Rail Express the company doesn’t see its role changing drastically. Instead, the company plans to continue to rely on the qualities that have made it a successful player in the local market for years.

“There is a range of projects coming up that have a huge amount of focus for our business that we are excited about,” Garvey, the company’s head of sales for Southeast Asia and Australia, said.

“We’re focused on maintaining our role as a market leader in the supply and end- to-end manufacture of local content for Australia’s LRV needs. We’re working hard to ensure our local LRV manufacturing teams and indeed supply chain have a good, solid pipeline of work ahead of them.”

Maintaining the strength of the local supply chain has long been a key focus for Bombardier in Australia.

“Bombardier is in a unique position given our local manufacturing and supply chain for LRVs,” Garvey continued.

“Given Bombardier has been in this market for so long there is a huge amount of engineering and LRV subject matter experts within the business. That means there is an ability to not only identify and resolve the day-to-day challenges but also evolve the local supply chain capabilities for specific LRV requirements.”

The primary manufacturer of LRVs for Melbourne since 2013, Bombardier has now delivered around 85 E-Class trams to the Yarra Trams network, and has a current orderbook that will bring that figure to at least 100 LRVs.

Garvey told Rail Express the E-Class, which is comprised of Bombardier Flexity model LRVs, is the result of the company’s long-term approach to supply chain and market engagement.

“The Flexity is a world class tram,” he said. “They’re DSAPT compliant and built with passenger safety and comfort in mind.”

Beyond safety and comfort, however, the Flexity LRVs running in Melbourne have been developed to suit a network that presents a unique array of challenges for a fleet manufacturer/maintainer.

“Vehicles in Melbourne operate on a vast network that is unique in so many ways,” Garvey explained.

“One major factor is that in many sections of the network the vehicles will be operating on brownfield tracks. Some sections have been in existence for many decades, and in some cases for more than 100 years.”

“This is a natural phenomenon that happens all around the world,” Garvey said, “but in Melbourne it makes it even more important the LRVs are built to withstand these tough conditions.

“Fortunately, the Bombardier Flexity class is designed to suit this environment and has a proven track record in providing safe and comfortable passenger services in Melbourne.

“The car body is robust to suit local network requirements, and has been built to European fire and crashworthiness standards, which enhance the vehicle’s safety levels to that of worldwide leader status.”

Bombardier plans to trial its Obstacle Detection Assistance System (ODAS) with its Victorian partners midway through 2020.

A joint development with the Austrian Institute of Technology, Bombardier’s ODAS uses an array of stereovision cameras focused on the area in front of the LRV, and highly advanced software algorithms which evaluate the vehicle envelope in real time along the track. 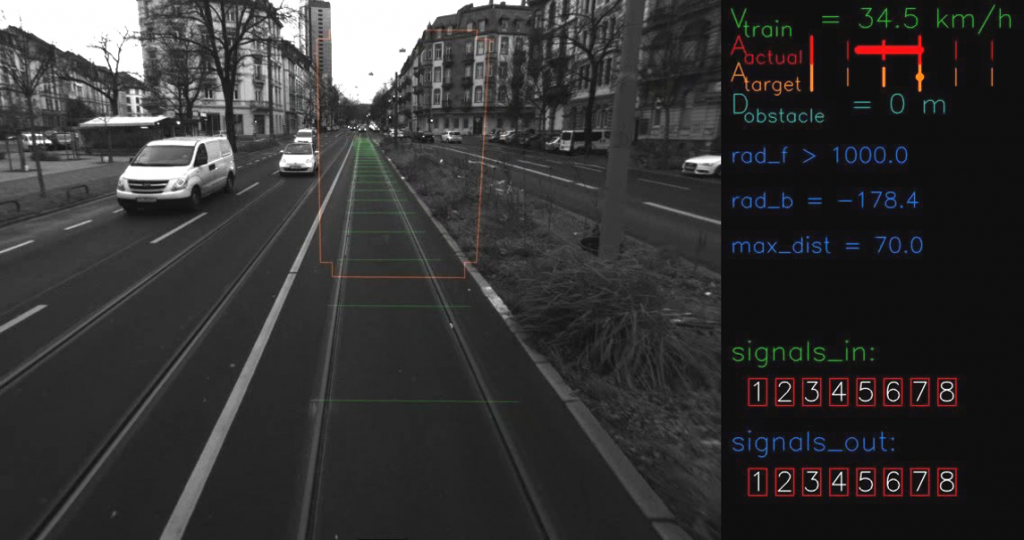 As soon as the system detects a considerable risk in front of the vehicle, it can alert the driver using visual and aural alerts.

“The ODAS product is progressing well and is active in the Flexity class in Europe,” Garvey said, ahead of the Victorian trial.

“In Frankfurt alone we have almost 150 systems in service. So far the ODAS platform has accumulated more than 10 million kilometres of passenger services, ensuring new levels of passenger safety and security.”

Bombardier has designed ODAS to be easy to upgrade, and switch in and out, thanks to its decentralised design featuring three separate components.

The first component is the camera unit: three identical stereo cameras within a single housing, mounted onto the inside of the windscreen. The cameras provide the high-resolution imagery and depth perception needed to provide accurate visual data for analysis.

That analysis is carried out in the second component of ODAS, the control unit. The unit is responsible for picture processing and interpretation, as well as additional routines which can provide further functionality.

The third component of the system is called the sync box, and is responsible for energy supply to the cameras, managing inputs and outputs, and providing a watchdog function to the controller. The sync box also acts as the liaison between the system and the tram, taking in vehicle information and delivering hazard warnings when needed.

LOOKING TO CONTINUE GOLD COAST SUCCESS
Bombardier is in discussions to supply vehicles for Stage 3A of light rail on the Gold Coast, and Garvey took a moment to reflect on the success of the 18 Flexity 2 trams Bombardier supplied to the project’s first two stages.

“The Gold Coast vehicles are performing extremely well,” he said. “Between 2014 and December 2019 there have been more than 46 million paid passenger trips on trams on that system, all on Bombardier LRVs.”

A particular point of pride for Bombardier was the performance of the fleet during the Commonwealth Games in 2018.“On some days during the Games they were running for 24 hours straight, in high traffic and warm weather conditions,” Garvey said, “and they did so without any issues.” 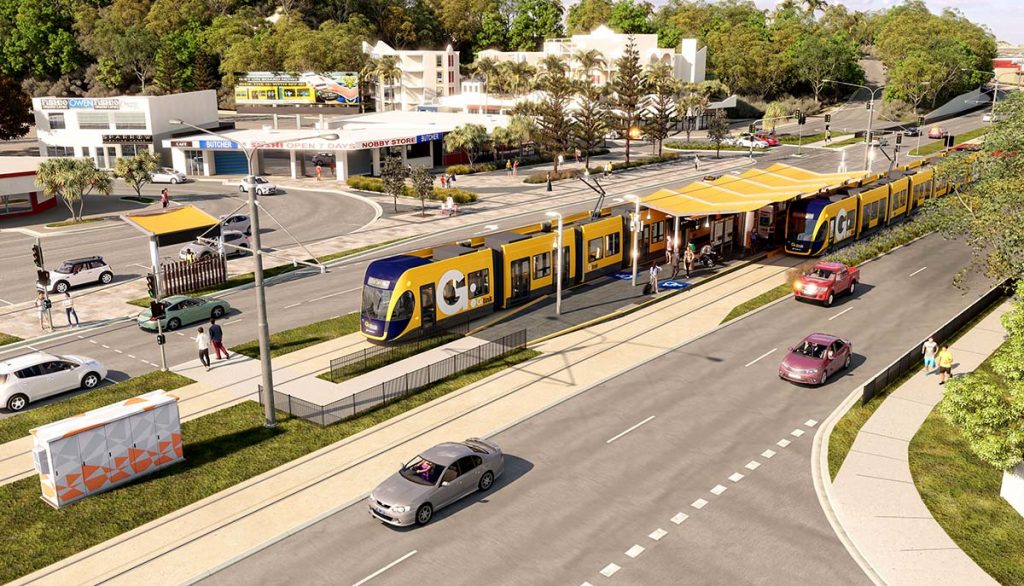 The fleet carried nearly 100,000 passengers a day during the Games, more than three times the daily average at the time – a success highlighted proudly by state transport minister Mark Bailey.

“It’s great to see so many people using the light rail network and other public transport modes to travel to events during the Commonwealth Games,” Bailey said in April 2018. “It is clear south-east Queensland commuters have responded well to taking all forms of public transport.”

Just prior to the Games the state managed to commission Stage 2 of light rail on the Gold Coast, which connected the original terminus at University Hospital to the Helensvale railway station – thus connecting the light rail to the region’s heavy rail network.

The results were immediate, with Bailey citing a “massive uptake of heavy rail commuters from both Brisbane and Varsity Lakes” during the games, and more than 180,000 passengers travelling to the Games via the heavy rail network in the Games’ first week.

With that success in the books, in November 2019 Queensland secured a funding package from the federal government to help deliver Stage 3A of Gold Coast Light Rail, further south to Burleigh Heads.

The state has said the 6.7-kilometre extension will require five new LRVs “similar to the 18 current vehicles,” and industry engagement is underway.