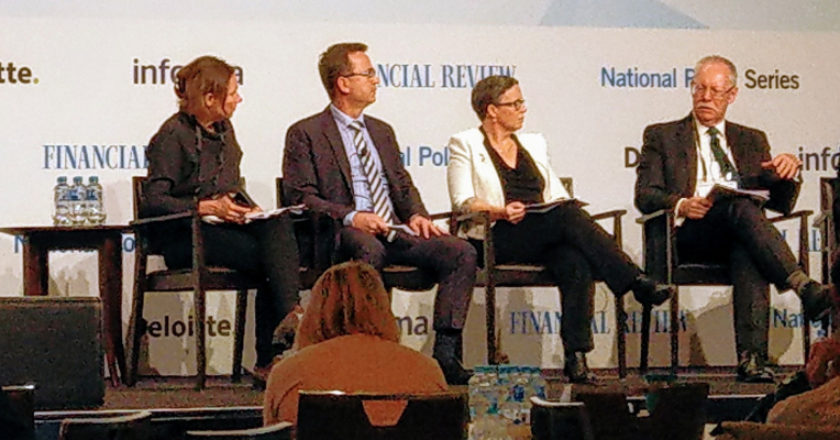 Citing a recent trend towards international players, several mid-tier contract companies involved with the rail industry such as BMD, Daracon, Bielby, and Georgiou ⁠— in addition to other civil, mining and construction contractors ⁠— have established Australian Owned Contractors, a group designed to bring attention to what Georgiou Group chairman and AOC founding director John Georgiou referred to as the current “walls in the market”.

Gerogiou was in attendance for a forum at the 2019 AFR National Infrastructure Summit at the Grand Hyatt, Melbourne on June 13, where he explained that the AOC came about through detailed analysis of federally funded, major (defined as having a worth over $500 million) transport and infrastructure projects.

The results of this research found that about 85 per cent of major infrastructure contracts in Australia were being awarded to international Tier 1 contractors, and that once Australian property and infrastructure major Lendlease was removed from this equation, the figures jumped to 97 per cent.

This is in part because construction contractors that seem to be Australian on their face are actually foreign-owned subsidiary companies.

CPB Contractors, for example, which is one of Australia’s other largest construction contractors alongside Lendlease, is a subsidiary of the CIMIC Group, which is 70 per cent owned by German company Hochtief (Hochtief is in turn 66.5 per cent owned by Spanish company ACS Group). John Holland Group, meanwhile, was purchased by Chinese-state owned company China Communications Construction in 2015 for $1.15 billion.

“For us we expected the number to be high but not that high, so we looked at other data and said, ‘What happens in their respective foreign countries?’,” Georgiou said.

“The numbers over there were 70-75 per cent done by local companies. Our data focused around $500m plus [projects] and we said, ‘There’s something wrong with this data’.

“In some cases it’s because these big local Tier 1 companies have been purchased by overseas interests, which from our point of view is fine, but it’s more about how we shift that balance […] and that’s really the narrative we’ve been supplying to the Federal Government.”

Also present at the panel, entitled Infrastructure and Australia’s National Interest, was Lindsay Le Compte, executive director of the Australian Constructors Association (ACA), who explained that re-examination of project risk profiles was necessary to see how they could be put into component parts to gain the benefit of local participation as well as the expertise brought by international companies.

“What we’re seeing at the moment through the Construction Industry Leadership forum that the ACA has joined with is a sea change in relation to how government and industry work together to achieve positive outcomes for the community through these large projects,” he said.