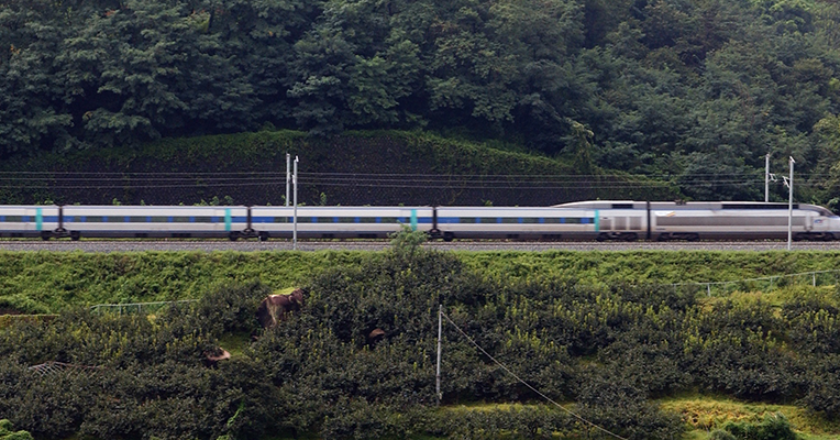 High speed rail could once again be on the table, with federal Labor transport spokeswoman Catherine King describing the project’s potential as an “economic game changer” for Australia after the coronavirus (COVID-19) pandemic.

In comments reported in the Sydney Morning Herald, King said that building a high-speed rail network along the eastern seaboard would be able to cut travel times.

“High-speed rail has the potential to revolutionise interstate travel, allowing travel between capital cities in as little as three hours,” King told the Herald.

With regional areas also reeling from the impact of the bushfires earlier in 2020 and late 2019, King noted that the project has the potential to inject economic activity into regional economies, as Inland Rail is currently doing.

“If the government is interested in creating jobs and boosting regional economies, it should seriously consider investing in high-speed rail now,” said King.

Federal Minister for Infrastructure, Transport and Regional Development, Michael McCormack, told the Herald that the government was not looking into high speed rail at this time.

“While I have long been an advocate for high-speed rail in Australia, given the significant costs outlined in the reports conducted between 2010 and 2013, my focus is currently on delivering the inland rail and faster rail proposals which the federal government has committed to,” said McCormack.

In 2019, Labor took to the election a $1 billion promise to set aside land for an East Coast high speed rail corridor.

Between 2010 and 2013 the Australian government looked into the possibility of a 1,748km route from Brisbane to Melbourne via Sydney and Canberra. With a speed of 350km/hr this would make the travel times between Sydney and Melbourne and Sydney and Brisbane below three hours, the threshold for passengers to swap from air to train travel according to the Australasian Railway Association.

The route alignment mapped out in 2013 also included regional stops such as in Wagga Wagga, Albury Wodonga, Shepparton, Newcastle, Coffs Harbour, and Grafton. The cost of linking Sydney and Melbourne with high speed rail would be roughly $50bn and the total cost would be $114bn in 2012 dollars, however with a positive return on investment. 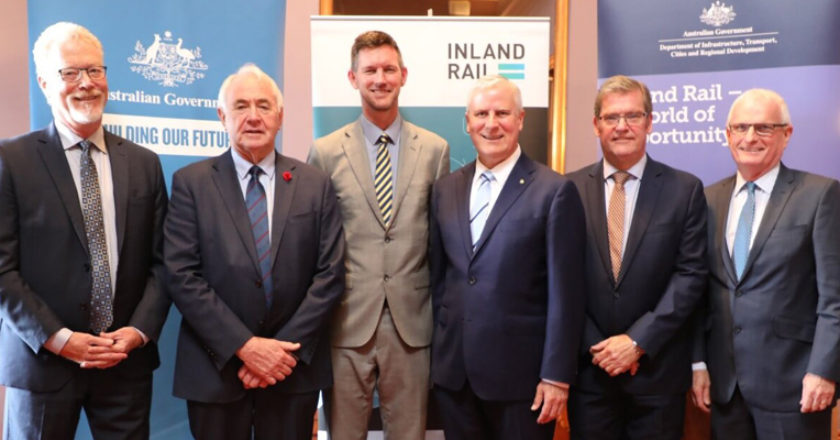 The Queensland and federal governments have reached an understanding regarding the $9.3 billion Inland Rail project, signing a bilateral agreement in Tooowoomba on Friday.

Labelled by government as “the most significant freight infrastructure project in the nation’s history”, the 1700km freight route will link Melbourne and Brisbane via regional Victoria, New South Wales and Queensland.

“We are transforming the way freight is moved in Australia. For every dollar we are investing in Inland Rail, $2.62 will be returned to the national economy,” minister for infrastructure, transport and regional development Michael McCormack said on Friday.

“We’re already seeing the benefits in New South Wales with the first section of the new track between Parkes and Narromine now complete. For this 5.3 kilometre section, more than $46 million in contracts were committed to 84 local businesses employing almost 400 local people.”

With two thirds of the total investment towards Inland Rail to be delivered in Queensland, it is expected to create 7,000 jobs and a boost of over $7 billion for the state economy according to the government.

Finance minister Mathias Cormann said the signing of this Bilateral Agreement was a crucial step towards a more efficient freight network for the future.

“Long-haul rail is cheaper, safer and more reliable than moving freight by road over those distances. That is why the Australian Government has committed up to $9.3 billion to complete the national rail network through Inland Rail,” Minister Cormann said.

“The shift from road to rail is crucial to ensuring our freight network meets the needs of our growing population.

“It is great to have the Queensland Government on board now supporting our Inland Rail project. This project will improve the national freight rail network by connecting communities, creating jobs, reducing supply chain costs and making Australian business more competitive.”

In late 2016, farmers along some of the proposed route expressed concern that the Inglewood-Millmerran-Toowoomba route, which was selected by Australian Rail Track Corporation, was based on information gathered prior to 2010. This decision did not take into consideration that the route was along the 16km wide Condamine Floodplain.

“All parties have also agreed to establish an international panel to advise on the modelling of potential flood impacts and continuing community consultation along the project’s chosen route through Queensland,” Queensland’s transport and main roads minister Mark Bailey said on Friday.

“In addition to the expert hydrologists already engaged by the Australian Rail Track Corporation, an expert panel of international specialists will be established to advise on best practice flood structural integrity and report back to the Queensland and Australian Governments.

“Queenslanders can have confidence that a comprehensive and detailed approvals process for the project is being undertaken that includes rigorous environmental, planning and statutory approvals.”

Inland Rail CEO Richard Wankmuller said international experts had been engaged to work through structural solutions regarding putting the line across the Condamine Floodplain.

“We want to make sure everything that comes across those flood plains is safe,” he said.

McCormack pointed out that the Inland Rail project has been in the works since the 19th century, with plans first drawn up in the early 1900s. He said that, while final details needed to be worked through, he believed construction in Queensland should start in about 2022.