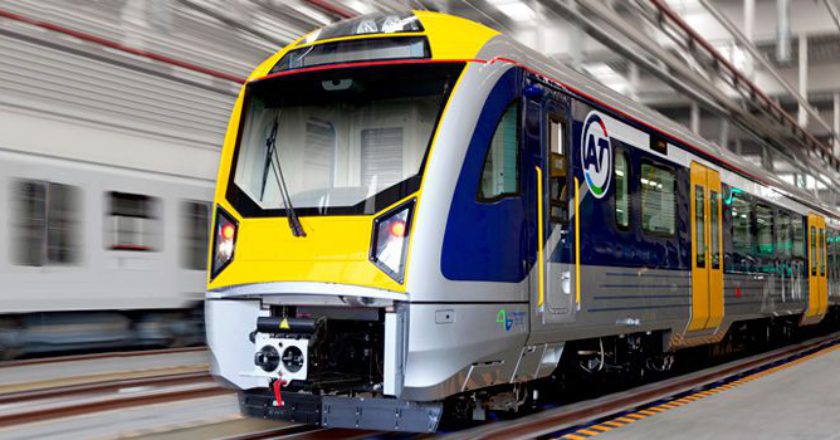 CAF (Compañía Auxiliar de Ferrocarriles) has signed a contract for the supply of 23 new electric units for Auckland in New Zealand. The contract, worth in excess of €130M, includes the maintenance of the trains until the end of 2025 and has an extension option for up to 5 additional units. END_OF_DOCUMENT_TOKEN_TO_BE_REPLACED

Extensive damage to the Blue Mountains rail line in NSW, during the unprecedented bushfire season which has seen an estimated 6.3 million hectares destroyed, will see the line remain closed to electric trains for another two months.

The Gospers Mountain megafirehas apparently destroyed large sections of communications and signalling systems, power supply, and other railway infrastructure along 25-kilometres of the rail line.

According to the Sydney Morning Herald, the megafire, which started in late October, had by December destroyed an area seven times the size of Singapore, more than 444,000 hectares.

Transport for NSW says that the focus for the next two weeks will be to assess damage, though work will start immediately to open roads where only minor work, such as the removal of dangerous trees and emergency road surface repairs, is needed.

While it will take longer to fully rebuild infrastructure, due to extent of the damage, a small number of diesel-powered trains will begin operating by late January, with the date yet to be determined.Crews are, however, working towards enabling limited freight services between Mount Victoria and Lithgow from late January.

The closure of the line has meant passengers who usually travel by Xplorer trains from Broken Hill, or diesel-powered XPTs from Dubbo, have had to catch buses for their entire journeys to and from Sydney.

In the meantime, buses will replace trains between Mount Victoria and Lithgow.