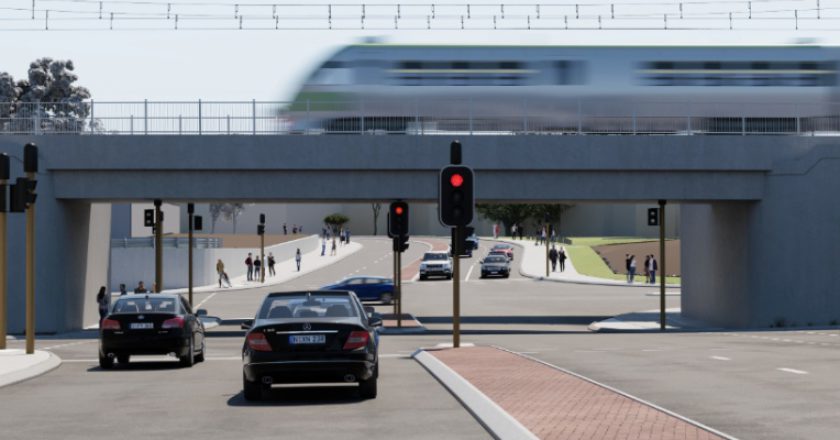 Procurement and demolition works have begun on the Denny Avenue level crossing removal project in the Perth suburb of Kelmscott.

Old buildings in the vicinity of the crossing, which the WA State Government referred to as being “notoriously dangerous”, are being cleared through the federal- and state-funded public transport program Metronet to make room for its Kelmscott project development. The scope of the demolition includes five state houses on Railway Avenue and Third Avenue.

Statistics from the WA Government state that the boom gates at the Denny Avenue level crossing are down for an average of three hours and seven minutes a day, with excessive wait times leading to risk-taking behaviour from drivers who try to cross the track when the boom gate is down or descending.

Work is set to commence later in the year to replace the crossing through the development of a lowered road and raised rail at Davis Road, which runs parallel to Denny Avenue. The crossing at Denny Avenue will be removed entirely.

The WA government is engaging contractors to help design and construct the $69 million development, which will incorporate a rail and bridge contract and a road and civic infrastructure contract.

“Each package of works has a different risk profile for the contractor, so the decision was made to split them into two design and construct contracts,” said WA Transport Minister Rita Saffioti.

“The removal of the Denny Avenue level crossing will greatly improve the daily lives of drivers, pedestrians and cyclists, improving safety and decreasing road congestion in the area.”

The chosen contractors will be required to work under the proviso that they keep road and rail disruption in the Kelmscott area to a minimum.