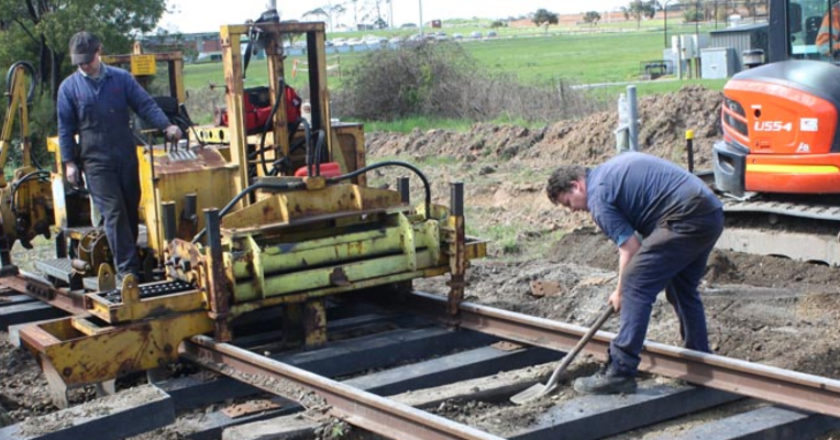 The Andrews Labor Government has begun an 18-month trial of railway sleepers made from recycled plastic.

Minister for Environment Lily D’Ambrosio and Minister for Public Transport Melissa Horne were in attendance as the first of 200 Duratrack plastic sleepers was laid today at Richmond train station in Melbourne.

“We’re embracing new technology to tackle the problem of plastic pollution in our community,” D’Ambrosio said.

“This project is a great example of the circular economy we’re creating through innovation and rethinking a product we use every day.”

The sleepers are produced using a mix of polystyrene and agricultural waste such as cotton bale wrap and vineyard covers by Mildura-based business Integrated Recycling, which developed the product in association with Monash University over a two-year period.

The Duratrack sleepers are built to a potential life cycle of 50 years at half the cost of timber sleepers. Integrated Recycling also cites benefits such as reduced replacement cycles, the ability to integrate with existing sleepers, a weight comparable to timber sleepers and non-conductivity. Each kilometre of track that uses the sleepers translates to roughly 64 tonnes of plastic saved from landfills.

Integrated Recycling has already received approval to use the sleepers on Melbourne’s metro network, which have been implemented on four tourist railways including the Puffing Billy railway in the Dandenong Ranges.