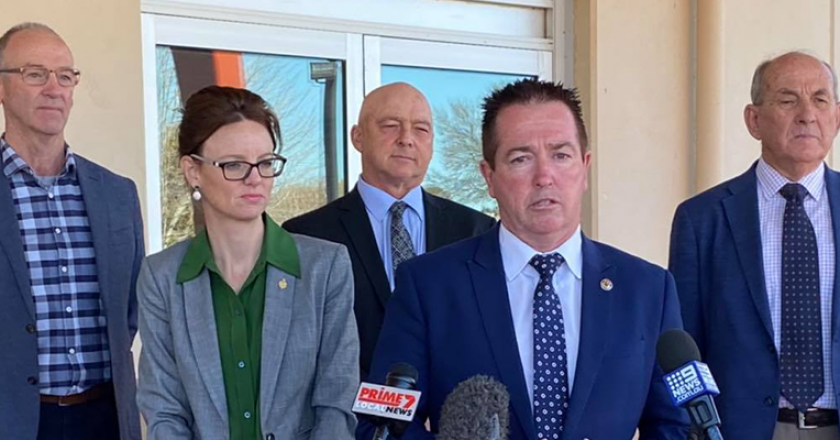 NSW Minister for Regional Transport Paul Toole has indicated that the reinstatement of the Cowra rail lines could still go ahead, despite a feasibility study finding now option achieved a positive cost-benefit ratio.

Toole is pushing for further work to be done to see whether reopening the lines, particularly the 179km Blayney to Demondrille line, can be economically viable.

“The Cowra Lines has the potential to be economically viable when freight capacity on the Main West is constrained in the future,” said Toole.

“That’s why I have asked for this study to be taken to the next stage – to complete a high level design and some investigation works to determine a closer project delivery cost.”

In a feasibility study published by Transport for NSW, the most competitive option for reopening the Cowra lines was to re-instate the Blayney to Demondrille line at 25 tonne axle load (TAL) with a speed of 80km/h. This option assumed a scenario of the Main West and Illawarra Lines becoming significantly constrained in future and not able to adequately support central west freight rail services.

The benefit-cost ratio calculated for this scenario was 0.9.

With the Cowra lines closed between 2007 and 2009, most freight from the region is carried by road with some bulk freight picked up by services travelling along the Main West or Main South lines. The feasibility study notes that the region’s diverse resources and agricultural industries support a freight task.

The feasibility study found that the rail infrastructure itself is mostly intact, however sleepers and ballast would need to be replaced and two new crossing loops would be required. A number of timber bridges would also need to be replaced.

Toole said that now was a good time to investigate improvements to the freight network.

“With freight increasing across the State and the need to build a resilient network to cope with natural disasters and pandemics, this year has shown it’s an opportune time to further investigate our rail freight capabilities,” he said.

“This is about futureproofing the movement of rail freight through the Central West.”