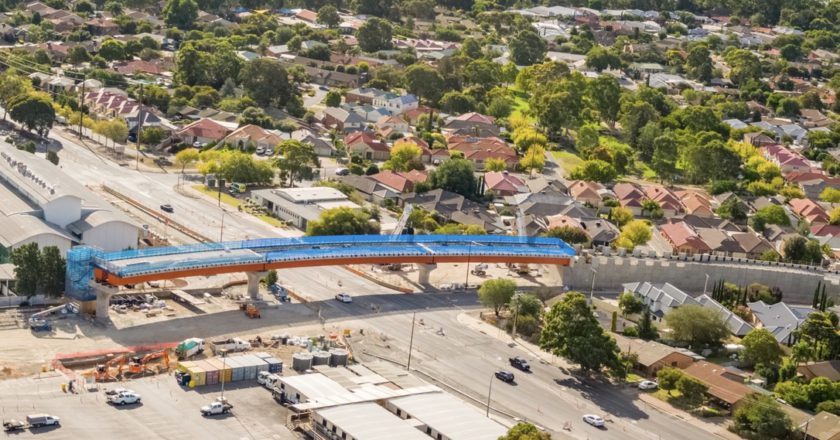 A brief shutdown of construction due to COVID-19 restrictions couldn’t stop the newly extended Flinders Line opening before the end of 2020. END_OF_DOCUMENT_TOKEN_TO_BE_REPLACED 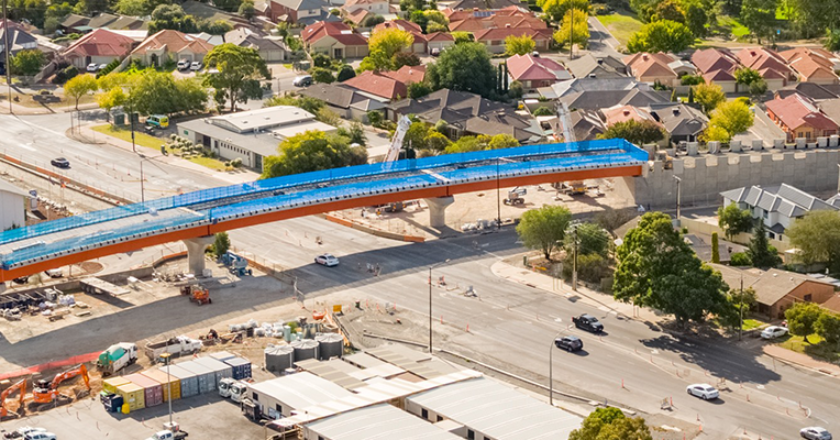 The 150-metre-long canopy above the new Flinders railway station in Adelaide has been installed.

The $141 million project to extend the Tonsley railway line to Flinders Medical Centre and Flinders University is getting closer to completion as the terminus takes shape.

South Australian Minister for Infrastructure and Transport Corey Wingard said that the benefits of the 650-metre extension would be felt broadly.

“The installation of the canopy is another exciting milestone in this project that is not only boosting transport options for people in the southern suburbs but also supporting our local economy,” Wingard said.

“This project is creating 55 jobs per year which is so valuable especially during these tough economic times.”

Member for Boothby Nicolle Flint said that the rail line would lead to further investment.

“The Flinders Link Rail line will also help the university unlock investment for their $1.5 billion Flinders Village redevelopment, as well as linking their main campus at Bedford Park to the new Tonsley Innovation Precinct.”

Services on the extended line will begin by the end of 2020. A renovated Tonsley station will also open once the project is complete, replacing the existing terminus and an upgrade of the existing Clovelly Park station.

Flinders University has contributed to the project through the activation of the station precinct, said vice-chancellor Colin Stirling.

“We’ve also commenced work on a pop-up plaza, to connect with the station. This will be a safe and active space for passengers moving between the station and various Flinders locations, with food trucks, shade plantings and seating for students, staff and community to relax and enjoy throughout the day.’