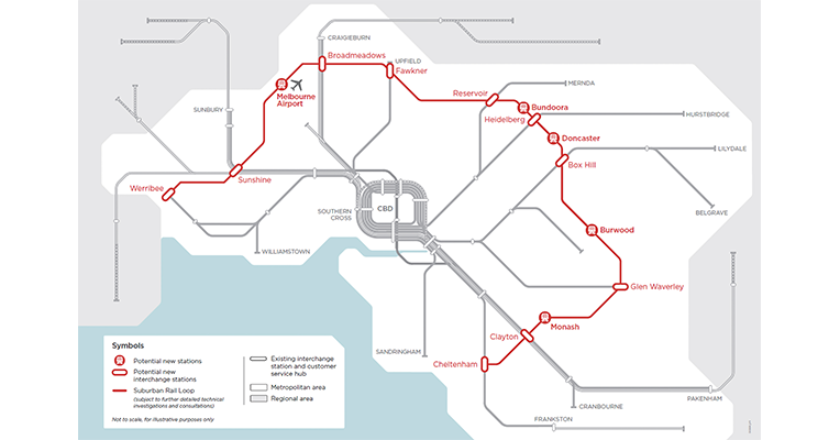 Early geotechnical works are continuing as part of the first stages of the Suburban Rail Loop.

Having begun in November 2019, during April a number of site investigations have taken place in Clayton, Burwood, Notting Hill, Mount Waverly, Highett, Cheltenham, and Glen Waverly.

The works so far include drilling to gain data and information about local ground conditions. This involves confirming an area is free of utility services, geotechnical drilling and testing, and installing a groundwater monitoring well for samples and measurement of groundwater levels.

Investigations have been focused in the south east of Melbourne, as the first stage of the loop will run from Cheltenham to Box Hill. Clayton will serve as a new transport super hub while new stations will be built in Burwood and Monash.

In March this year, a number of investigations were also carried out in areas from Box Hill to Highett. The project aims to have 100 boreholes drilled by mid-2020.

Once complete, the Suburban Rail Loop will connect each metropolitan train line in Melbourne and travel around the city from Cheltenham to Werribee via Melbourne Airport.

Initial construction works are expected to commence in 2022. When operational, the Suburban Rail Loop will run as a separate rail line, using dedicated rollingstock and separate systems. The same ticketing system will serve both networks, however.