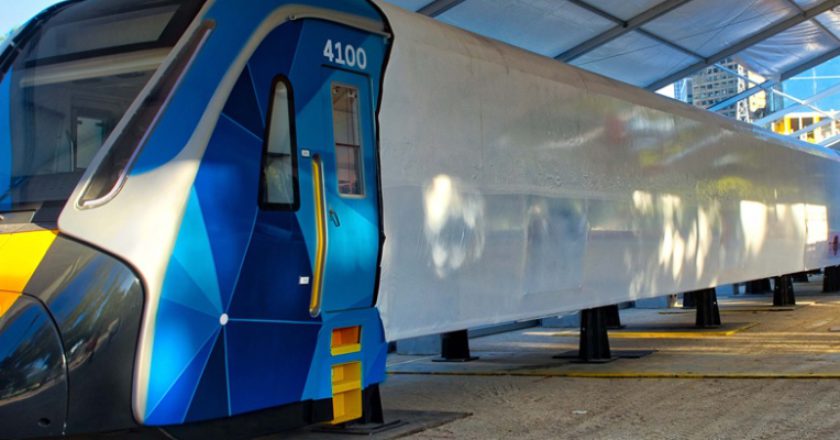 The Victorian Government has unveiled plans to commit record funding for road and rail projects across the state in what it has referred to by Premier Daniel Andrews as a “blitz” for suburban transport.

“From fixing a pothole at the end of your street to the biggest transport projects in Victoria’s history – this Budget will get you where you need to go,” Andrews said.

The plans constitute part of the Victorian Budget for 2019–20, incorporating a $27.4 billion pipeline of works.

This includes $15.8 billion for the creation of the North East Link; $6.6 billion to remove 25 more level crossings (of a total 75) as part of the ongoing level crossing removal project; and $3.4 billion to deliver upgrades to the Sunbury, Cranbourne and Hurstbridge lines.

In all, the Sunbury line will receive a $2.1 billion boost, Cranbourne $750 million, and Hurstbridge $547 million.

The first of the 65 high-capacity trains previously announced in 2016 as part of the Labor Government’s High Capacity Metro Trains Project, is set to start on the Cranbourne and Pakenham lines this year.

Cranbourne will benefit from line duplications (doubling capacity during peak hours) and Hurstbridge will receive station upgrades at Greensborough and Montmorency.

The government has also set aside $615 million for regional public transport deliveries, including $340 million to purchase up to 18 new three-car V/Line VLocity trains, which the government said would bring good news for manufacturing and supply jobs in Dandenong, which hosts the assembly plant where the trains are built.

$111 million on training, recruitment and upskilling of train drivers in preparation for the new trains and services.

Three new stations will also be built at Goornong, Raywood and Huntly in the Bendigo area for a combined cost of $49.6 million and $150 million will be provided to fund new car parks at some of the busier stations in Melbourne and regional Victoria through the Car Parks for Commuters Fund

Following on from promises made before the state election in March, Labor will build 11,000 new spaces at stations across the state, bumping the current total number of spaces by 20 per cent to 66,000 stations in order to help relieve pressure along the lines.

An incentive scheme designed to reduce truck numbers on local roads by shifting more freight to rail will also be extended with an $8 million investment. Minister for Public Transport, Ports and Freight Melissa Horne said, “We promised to get trucks off local streets and that’s exactly what we’re doing.”

Outside of rail projects, the Andrews Labor Government will also put aside $608 million for road upgrades (including $425 million on regional roads) and $45.4 million for the development of bike and pedestrian paths, including new bike paths on St Kilda Road.

$205.1 million will be spent on increasing train and bus services generally, with the latter to be rolled out in Melbourne growth areas such as the north and south-east of the city.

“These projects should have been built years ago,” said Minister for Transport Infrastructure Jacinta Allan. “We can’t change that, but we can keep our promises and keep delivering the projects Victorians voted for and need – and that’s exactly what we’re doing.”

The Labor Government has spent $46.7 billion on state transport in the last four years, including its ongoing work on expensive projects such as the aforementioned level crossing removals and the $11 billion Metro Tunnel development, an underground rail line connecting the Sunbury line in the northwest to the Pakenham and Cranbourne lines in the south east.