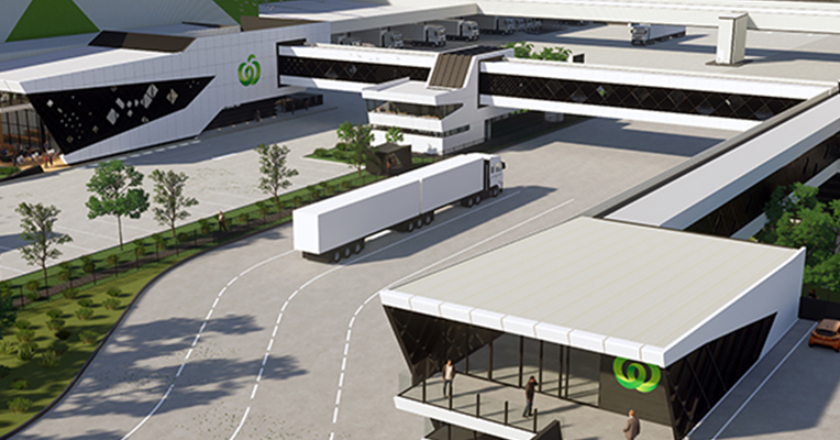 Woolworths has agreed to be a new, major tenant at the Moorebank Logistics Park in south west Sydney.

The supermarket giant has partnered with Qube, which is the manager of the Moorebank Logistics Park, to build a national and regional distribution centre across over 75,000sqm.

Qube managing director Maurice James said that a key advantage of the site was its rail connection.

“We’re delighted Woolworths has recognised the significant competitive advantages available to tenants at the Moorebank Logistics Park,” he said.

“The benefits of railing containers direct from Port Botany to a terminal co-located with warehousing across a site the size of the Sydney CBD will deliver Woolworths time and cost efficiencies.”

The recently developed Moorebank Logistics Park has a direct rail link to Port Botany and there are plans to develop an interstate rail terminal in the future. When complete, 1.5 million TEUs will be able to be transported between Port Botany, Moorebank, and the national rail freight network.

Australian Logistics Council CEO Kirk Coningham said the agreement between Qube and Woolworths showed the benefits of investing in rail.

“ALC has been a long-time advocate for the development of the Moorebank Logistics Park and its direct rail connection to Port Botany. This allows more freight to be moved via rail, helping to alleviate road congestion, which in turn delivers environmental benefits through reduced emissions.”

According to Qube, rail from Botany to Sydney’s south west enables containers to be delivered to the warehouse, unpacked and dispatched on the same day as the container is unloaded at the port.

The new facilities will help us improve on-shelf product availability with faster restocking, reducing congestion in stores, and enabling a safer work environment for our teams with less manual handling.”

The move to Moorebank is a consolidation of Woolworth’s distribution sites at Yennore, Mulgrave, and parts of Minchinbury.

Both the national and regional distribution centres are subject to NSW government planning approval and are expected to open in 2023 and 2024, respectively.