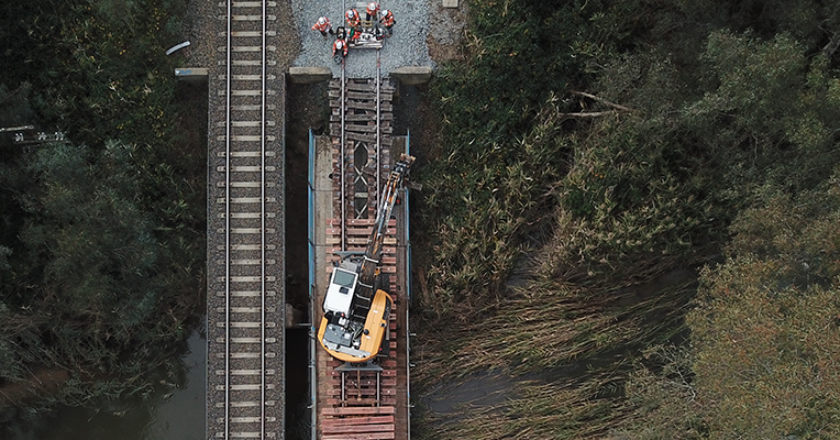 Expressions of interest (EOI) are now open for the design and construct contract for the Tottenham to Albury (T2A) section of Inland Rail.

The Australian Rail Track Corporation (ARTC) has begun the EOI process as part of the early contractor involvement procurement process.

The contract will cover the design and rebuilding of bridges, civil works and track lowering, in addition to overhead wiring, signal gantry installation, and track slews along the existing North East rail line from Beveridge to Albury.

“We’re asking contractors to express their interest in the works, especially those with experience delivering a program of complex road and rail infrastructure in regional locations, with a value in excess of $200 million,” said ARTC general manager projects Victoria Ed Walker.

The announcement signals that work is getting underway on the Victorian section of the Inland Rail project. The entire project from Melbourne to Brisbane has been broken up into 13 projects, with Tottenham to Albury being the only Victorian segment of the project.

Once complete, the project will allow double for 1,800m long double stacked freight trains to run on the existing North East rail line. The current EOI covers works on stage one of T2A from Beveridge to Albury while a decision on where a new intermodal terminal on the outskirts of Melbourne will be located is finalised.

Construction is expected to commence in 2021 with the line becoming operational in 2025.

Walker said this would have benefits for freight operators and the wider community.

“Inland Rail will cut over ten hours and 200 kilometres off the transit from Victoria to Queensland for freight, and provides a direct connection to Queensland, bypassing the heavily constrained route through Sydney and the circuitous route via the NSW North Coast.

“A recent EY report into Inland Rail Regional Opportunities estimated that Inland Rail will boost the Victorian Gross Regional Product by up to $4.6 billion over a 50-year operating period, on top of the positive impacts during the construction period,” said Walker.

Tender documents can be submitted until 5pm on July 13. Dual early contractor involvement contractors will be shortlisted by August 2020 and a final selection will be made by early 2021.

Work on existing line continues
Over the Queen’s Birthday long weekend upgrades on the existing North East line passed a major milestone, with over 150,000 tonnes of ballast dropped on the line.

Walker said that a key focus of the works is on their benefit to the local community.

“A key focus of the North East Rail Line upgrade is to ensure regional centres in North East Victoria directly benefit and we are proud that 38 local suppliers including 20 North East Victorian and 18 businesses from Melbourne are already contracted to work on the multi-million-dollar project.”