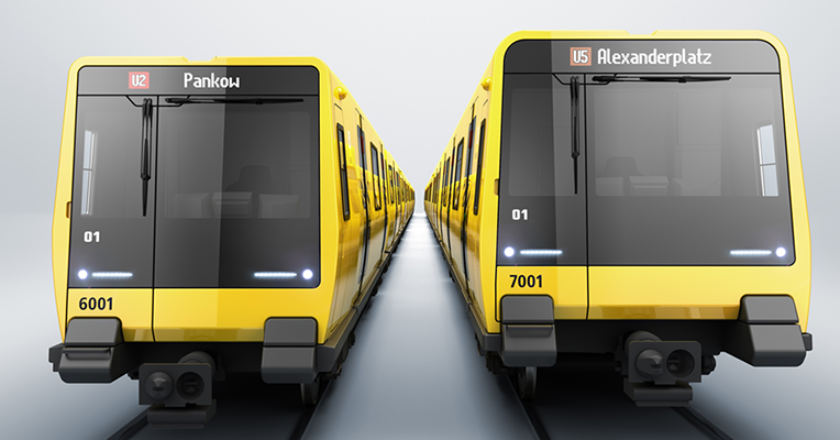 The framework agreement, worth up to 3 billion Euros, will also include the supply of spare parts for 32 years.

The announcement, made on March 20, followed the rejection by the Berlin Court of Appeal of a review procedure initiated by an unsuccessful bidder.

The agreement includes a fixed minimum order of 606 cars. Stadler will supply 376 cars for two to four-car vehicle units across the small and large profile sections of the Berlin underground network. Another 230 cars have been ordered, but the call off order has not yet been placed. An additional 894 cars could also be ordered at a later date, however that part of the agreement is optional.

Stadler already has rail vehicles in use on the U1, U2, and U5 lines in Berlin. The new cars will be based on the Stadler-METRO vehicles with the design optimised for improved access, and faster passenger loading and unloading.

A revised design will see the information screens moved from the door to the curved intercar connection between the side wall and ceiling.

“We are delighted that BVG has decided to continue its successful cooperation with our company. We are very proud to have won one of the largest delivery contracts ever awarded in Europe and to be able to complete the order in Berlin for Berlin,” said Jure Mikolčić, CEO of Stadler in Germany.

The new cars will be built at the Stadler Berlin-Pankow site, where Stadler will invest 70 million euros. The investment will go towards a new production hall, and spaces for logistics and commissioning. Furthermore, office space and a new canteen for workers will be built.

“We have decided to bring forward our planned investments in the Stadler location in the German capital in order to create an optimal basis for the implementation of this major project,” said Mikolčić.