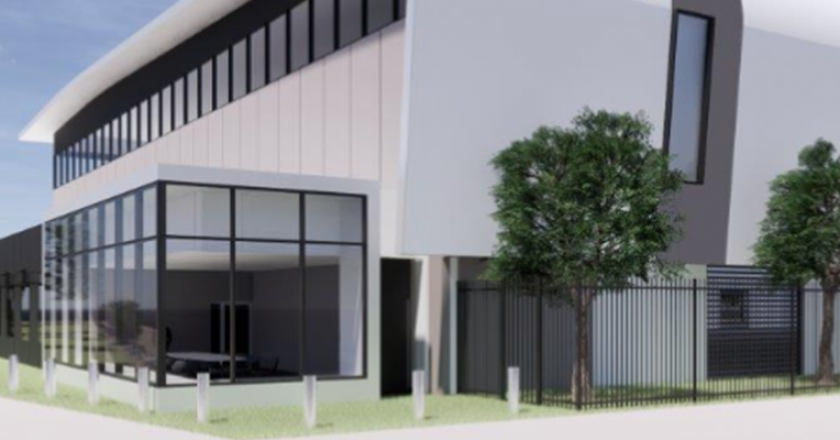 The Western Australian government will ensure more rollingstock maintenance and manufacturing happens in WA, with a $40 million investment and a new focus on building iron ore cars in the state.

$40m will go towards the maintenance of Western Australia’s new Australind fleet with the construction of an expanded Metronet Railcar Manufacturing and Assembly facility in Bellevue.

WA Premier Mark McGowan and Minister for Transport Rita Saffioti announced that the Bellevue site will be grow to include the maintenance of the new diesel multiple units (DMUs), manufactured by Alstom, which will replace the current Australind fleet.

WA had previously brought railcar manufacturing back to the state with the announcement that 246 C-series railcars will be built with 50 per cent local content, said McGowan.

“One of my Government’s key election commitments was to return railcar manufacturing back to the Midland area,” he said.

“We’re delivering on this and now we’re doing what we can to ensure we’re removing interruptions in supply chains and allowing local businesses to take advantage of the great manufacturing opportunities in our State.”

Transport Minister Rita Saffioti said the scale of the project will provide opportunities for local workers and suppliers.

“Around 250 railcars will be produced at Bellevue over the next decade, while it will also serve as a permanent maintenance facility for the expanded METRONET fleet,” she said.

“This new $40 million diesel maintenance facility will be a new key element to the services provided at Bellevue and will provide local job and training opportunities for local Western Australians.”

The study will look at how initiatives can support the steel fabrication industry in WA, and maintenance opportunities for new and existing ore wagons.

A contract for the construction of the diesel maintenance facility will be awarded next year.

Construction of the main manufacturing site is underway and is expected to be completed later in 2020. Local manufacturers are now able to register to supply components to the railcars. 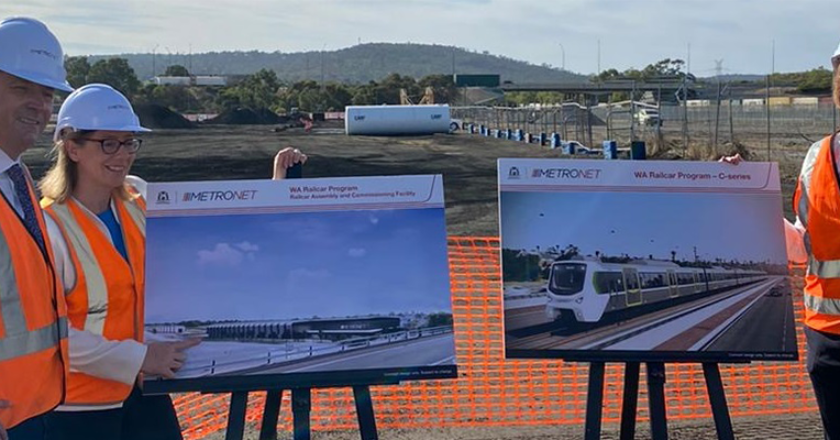 Work has begun on the Bellevue manufacturing site, where Western Australia’s fleet of railcars will be built, tested, and maintained.

Part of the Metronet project, the $46 million facility will be where manufacturer Alstom will construct and maintain 246 C-series railcars, as well the replacement railcars for the Australind service.

Subiaco-based company, Firm Construction, will build the assembly and maintenance facility, as well as a high-voltage testing building. The 180m long building will include a railcar assembly area, offices, workshops and storage areas, two overhead cranes lifting 25t each, and a heavy maintenance railroad with a 10t capable crane.

“Today marks the start of the return of the railcar manufacturing industry to the Midland area,” said WA Premier Mark McGowan.

Under the terms of the agreement, 50 per cent of the total $1.25 billion contract will be delivered locally. The WA government estimates that 100 jobs will result from construction of the facility, with more jobs once production and maintenance begins.

“In a year from now, local workers will be standing in this very spot assembling Western Australia’s new Metronet railcars,” said McGowan.

The effects of the contract will also be felt more widely across the workforce.

“At the North Metropolitan TAFE campus, just down the road, our specialist Metronet Trade Training Centre will ensure local apprentices and trainees learn the skills for this important work,” said McGowan.

Once complete, the first of the C-series railcars are expected to run on the Perth network in 2022. Previously, railcars were manufactured in Midland up until 1994, when the Midland Railway Workshops closed down. 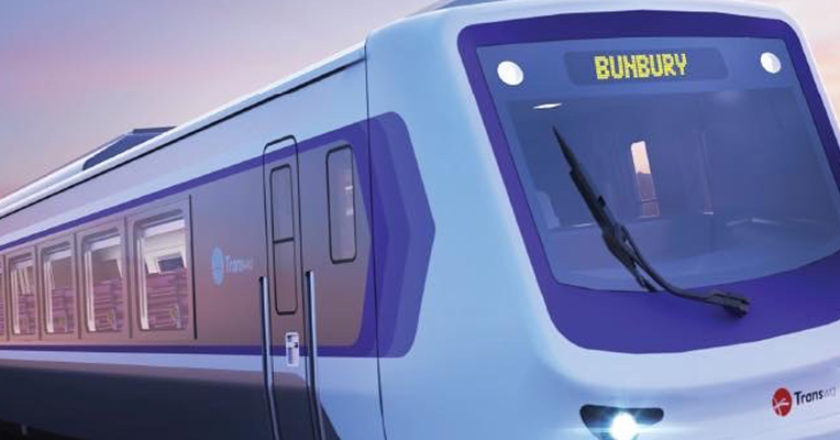 Designs for new Western Australian made Australind railcar have been revealed.

WA Premier Mark McGowan and Transport Minister Rita Saffioti visited Bunbury Station on Thursday to unveil the designs of the brand new $54 million Australind railcar sets, which will be built by Alstom.

The existing Australind train was originally planned to have an operational life of up to 30 years, however factors such as corrosion that built up over time has been a leading cause of cancelled services.

The McGowan Government in a statement said while extensive maintenance has been undertaken to keep the rolling stock operating, “ageing and obsolescence resulting from this neglect has led to a number of delays and cancelled services”.

Transport Minister Rita Saffioti said, “as we transition from the old Australind to the new Australind railcars, we are committed to ensuring that the current train continues to provide a reliable service”.

“We have also introduced a raft of measures to provide more certainty for passengers as we await the delivery of the new train.”

As part of this, the McGowan Government is introducing a trial non-stop road coach service departing from Bunbury Station at 6am every weekday and returning to Bunbury in the evening, enabling passengers who need to commute the opportunity to travel on a fast-tracked, non-stop luxury road coach service.

The road coach will drop passengers at Mandurah Station, where they can continue their journey free of charge on the metropolitan rail system by presenting their Transwa ticket.

The McGowan Government has also introduced a credit program for Australind rail passengers so if their train journey is delayed by more than an hour due to maintenance issues or failure of rolling stock, they will be given a credit to take their next journey free of charge.

The new Australind trains will be a three-car set, and will have a modernised interior, with USB connection points, Wi-Fi, an improved kiosk, upright storage for 16 bicycles, and three toilets.

The railcar sets, being built by Western Australian workers in Bellevue, are expected to be delivered in 2022-23.