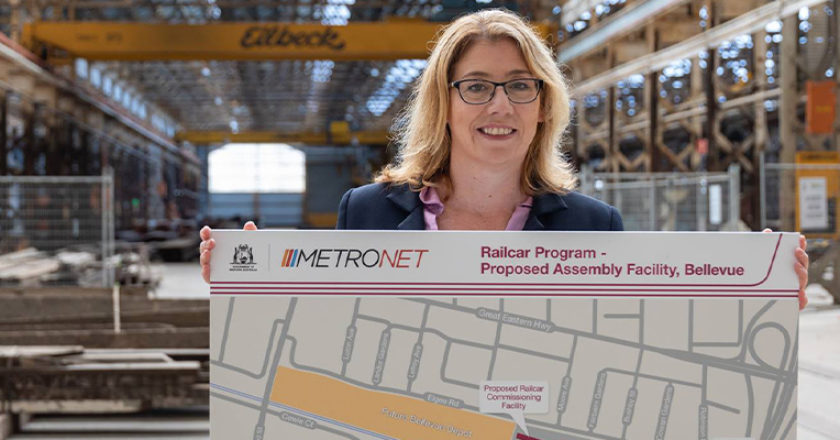 Liza Harvey, leader of the opposition in Western Australia, has labelled railcar manufacturing as a practise from a bygone era.

In a speech to the state’s business community at the Business News Politics Breakfast on Wednesday morning, Harvey said “we don’t know the total cost to the state of the McGowan Government rail car experiment” and claimed that railcar manufacturing should not be a focus for WA.

“What we will not do is heavily subsidise industries where the State has no comparative advantage, nor bring back industries from a bygone era,” Harvey said in her speech.

Harvey said the opposition has been trying to scrutinise the decision by the McGowan Labor government to determine if this decision delivers value for money for the taxpayer of Western Australia given that this is a $1.3 billion investment.

WA Transport Minister Rita Saffioti said that building railcars in WA was cheaper than other options.

“The cost of WA-made railcars is cheaper than the cost of the previous procurement of B-Series from Queensland that was ordered when she was Deputy Premier,” Saffioti said.

“The cost per railcar under the last order of B-Series trains was $4.05 million, while the cost under the new C-Series contract is around $2.97 million.”

The spokesperson from the office of Liza Harvey said Saffioti has refused on many occasions to provide any transparency regarding this contract.

“The Minister has refused to provide any breakdown regarding the various cost elements of the contract such as the cost of maintenance,” she said.

“The Minister has refused to table the contract or provide a business case.

“The Leader of the Opposition indicated that a future Liberal Government would not be subsidising uncompetitive industries however, we will not do what the current Government does and create sovereign risk by ripping up contracts,” Harvey said.

Saffioti denied Harvey’s claims including a comment that WA’s facility was going to “fit out trains from Victoria”.

“Victoria builds its own trains – as do many modern economies around the world. WA will also be building its own trains,” she said.

“The Opposition Leader’s embarrassing attack on WA workers shows the Liberal Party hasn’t moved on from their fundamental opposition to rail and local jobs,” she said.

“Our vision for WA is to build a modern train manufacturing and maintenance hub, that not only builds and maintains our public transport trains, but creates further opportunities for the freight, agricultural and mining industries.”

Saffioti said these industries are major users of rail and rolling stock, and the railcar contract provides growth opportunities throughout the state.

“The question for Ms Harvey is: If Western Australia should not build our 246 C-series railcars, and six Australind railcars, then who should?”