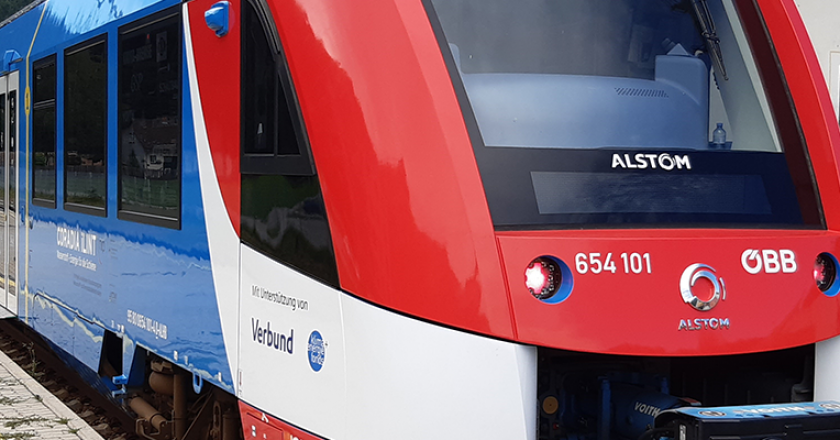 The next European operator to begin trails of hydrogen trains will be Austrian rail company ÖBB.

In partnership with Alstom, ÖBB will run the hydrogen-powered Coradia iLint in passenger service until the end of November in a trial.

The Coradia iLint has been trialled successfully in Northern Germany and trials in the Netherlands have been conducted in 2020. Agreements with rail companies in Italy and the UK have also been signed in 2020 to progress the delivery of hydrogen-powered rollingstock in those countries.

In the Austrian trial, the trains will be run on unelectrified lines in the south of the country which are geographically challenging.

Jörg Nikutta, Alstom’s CEO in Germany and Austria said the trains would fill a gap in the decarbonisation of rail.

“As the largest climate protection company in Austria, we are actively shaping the mobility of the future with technological alternatives.”

The Austrian trial comes as the UK rail sector looks to fully decarbonise, with hydrogen-powered trains to play a key role. The Interim Traction Decarbonisation Network Strategy, put together by Network Rail in partnership with the rail industry, sets out which lines will be electrified and where alternative traction technologies will be used to meet the net zero carbon emissions target.

The strategy identified 11,700 kilometres of track where electrification would take place, battery operation on 400km and hydrogen on 900km. To do this, between 150 and 200 battery and hydrogen trains would be required.