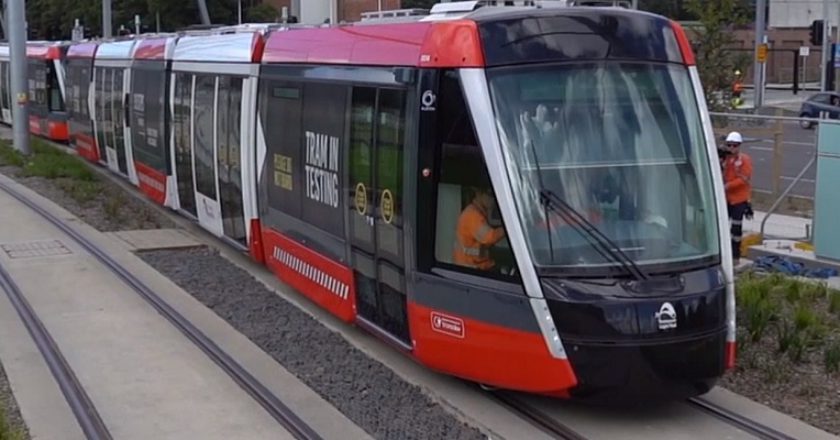 A new tram delivered as part of the Sydney Light Rail project has made its inaugural night test to George Street, marking the first time a tram has journeyed down the road in 61 years.

The Alstom-designed Citadis X05 tram travelled from Randwick through the Hay Street intersection and part-way along George Street to the Town Hall stop before journeying to the Light Rail maintenance depot at Lilyfield.

Testing and commissioning is expanding rapidly, with people already seeing the new trams in Randwick, Moore Park, Surry Hills, and Central Station, and to Town Hall in the coming days,” Sydney Light Rail said in a statement.

“Driver training is also continuing to ramp up as we get closer to being ready for passenger services.”

The trams will be kept at the Lilyfield light rail heavy maintenance depot, which will house the trams and keep them in working order. Construction of the Lilyfield depot — which was formed from part of the former Rozelle rail yards — is now complete, with 1105 metres of track having been laid in place to service up to six trams at a time for light maintenance.

The total fleet of 60 new trams will eventually be housed in the Randwick Stabling Yard each night, with 36 trams already in place at the yard so far.

The $2.1-billion Sydney CBD and South East Light Rail project encompasses a 12-kilometre route with 19 stops extending from Circular Quay to Anzac Parade. The project is expected to be completed in May 2020.