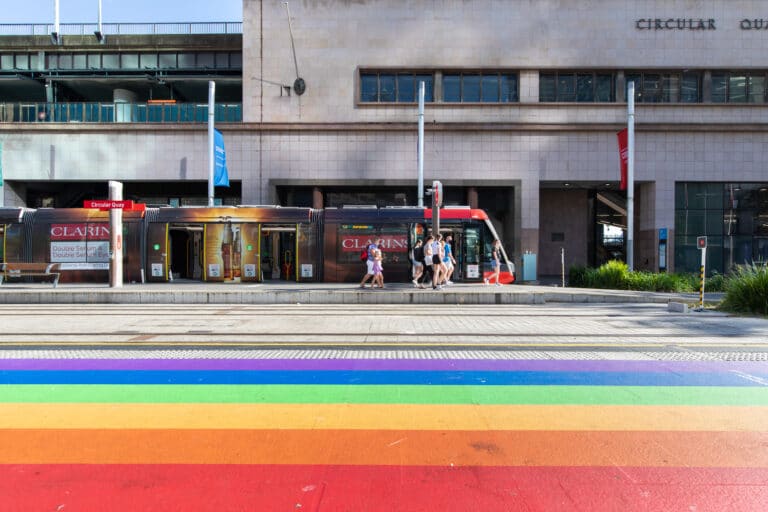 Transdev’s Ferry and Light Rail teams in Sydney were once again involved in the two-week Mardi Gras festival, from 18 February – 6 March.

In collaboration with Transport for NSW, ALTRAC Light Rail and advertising company TorchMedia, Transdev’s Sydney teams have long supported the annual event, which this year has the theme ‘United We Shine’.

Transdev Sydney Light Rail Managing Director, Arsène Durand-Raucher said he hoped the colourful displays at some of the city’s iconic locations were seen as an outward display of pride for the LGBTQI+ community.

Transdev Sydney Ferries Managing Director, Loretta Lynch said transport is what connects people, and the team was extremely proud to make its networks shine to promote the spirit of inclusion.

“At Transdev, we are incredibly proud of our PRIDE Network, a dedicated platform for our LGBTQI+ employees and allies since 2019. Our ‘Ride with Pride’ campaign, developed by Transdev employees, is a testament of our commitment towards push for equality and inclusion,” she said.

Transdev is committed to continuing to focus on diversity and inclusion strategies alongside strongly advocating for community events like Mardi Gras, NAIDOC Week, Reconciliation Week, through its Corporate Social Responsibility.