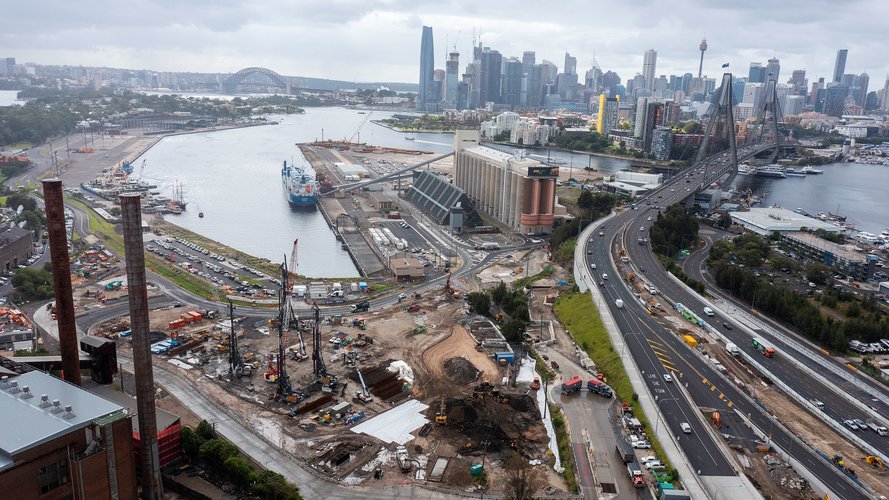 Work on the Sydney Metro West project is gaining momentum at station sites including The Bays, Five Dock, Burwood North, and Sydney Olympic Park, where excavation will soon start to carve out the station boxes.

All nine stations on the new 24-kilometre metro line between Greater Parramatta and the Sydney CBD will be located deep below ground.

The stations will be constructed in the excavated station box area, supported by piled walls and ground anchors. The underground platform will be built at the deepest point of the station box, with the remainder of the station then built up to surface level.

At The Bays site on Sydney Harbour, piling work is almost complete and ground anchor work has started. Construction of the underground station cavern will soon be getting underway.

Progress at Five Dock Station is nearing the stage where two acoustic sheds will be built, and shortly thereafter excavation of the station box to a depth of 30 metres below ground (approximately 10 storeys) will begin.

Meanwhile, the precast facility at Eastern Creek which will serve the Sydney Metro West project is taking shape. Two of three structures at the site have been built and the first facility will start manufacturing more than 70,000 concrete segments for lining the Sydney Metro twin tunnels by the end of the year.