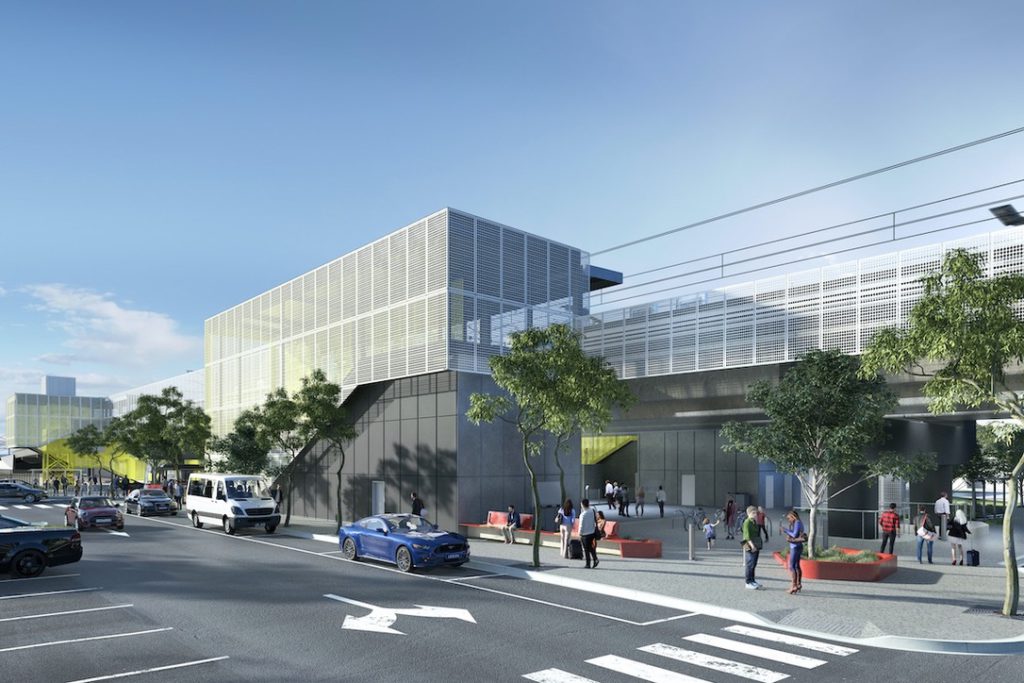 An artist's impression of the future Hallam Station.

Summer will see many rail infrastructure projects pick up the pace. In January, major construction on the Hallam level crossing removal project will begin.

The work will involve replacing the level crossing with a rail bridge and a new elevated station at Hallam. An extra entrance has been added as a result of community feedback.

The level crossing is expected to be gone by 2022 and 900 jobs will be created over the life of the project.

Minister for Transport Infrastructure Jacinta Allan said that the project dovetailed with similar works in the area.

“The Hallam Road Upgrade, and level crossing removals at Evans Road and Hallam Road are great examples of how we are getting on with the job and unlocking congestion in Melbourne’s booming south eastern suburbs,” she said.

Construction on the Ferguson Street level crossing removal project in Williamstown will begin in February.

A finalised contract for the crossing has been awarded to an alliance of Metro Trains, the Level Crossing Removal Project, McConnell Dowell, Arup, and Mott McDonald.

The rail line will be lowered beneath the road and a new North Williamstown station will be constructed.

Works will commence with excavating the 750-metre trench. Following those works, Ferguson Street will be rebuilt, tracks laid, and the new station constructed. The rail line will be closed for three months in late 2021 to enable the works to take place.

The $192m contract is expected to create 600 full-time jobs at the height of construction activity.

“Months and months of careful work and planning has gone into fine-tuning this design and we’ll continue to work with the local community as we remove this level crossing for good,” said Allan.

The location of a train stabling area for the Suburban Rail Loop has also been confirmed. The stabling area will be at Heatherton, between Old Dandenong and Kingston Roads, on the site of a former landfill.

Designs for future stations at Lilydale and Moorolbark have also been released. Both elevated stations on the Lilydale Line are part of a construction program that will begin ramping up for summer in December, with buses replacing trains.