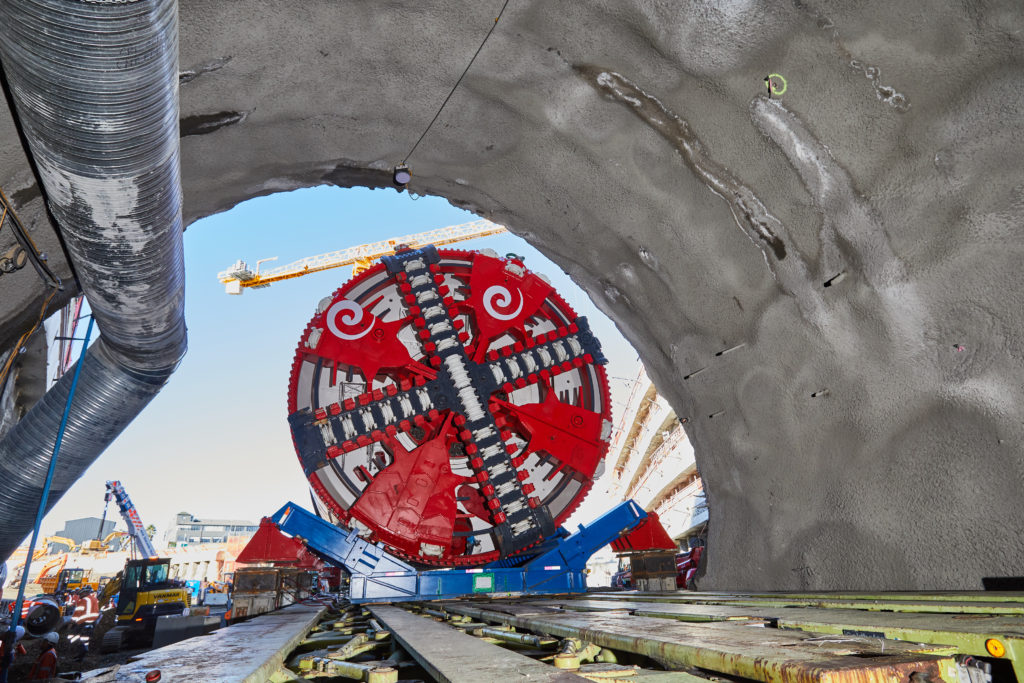 “Progress over the first initial metres is cautious but steady while our crews bed down getting used to the machine and conditions underground,” said Francois Dudouit, project director for the Link Alliance.

“When the work’s done, Dame Whina Cooper’s legacy will be a world class railway for Auckland.”

Tunnel excavations have started from City Rail Link’s Mt Eden site. Its first destination is the Karangahape Station, 830 metres away.

From there it bores on to the Aotea Station in central Auckland – a total journey for the TBM of 1.6 kilometres – to join the section of CRL tunnels already built from the Britomart transport hub.

“It’s not unlike getting a new car – we have a bespoke TBM built just for the soil conditions in this part of Auckland and we needed to make absolutely sure everything is working properly,” Dudouit said. “We are not ready to ‘put the foot’ down just yet and we’ll take the first stages pretty slowly at first.”

Underground, the TBM has three tasks: cutting the spoil, removing the spoil by conveyor built to the surface, and installing the concrete segments – 14,735 in total – that will line the twin rail tunnels.

Dame Whina Cooper is 130 metres long it will not completely disappear underground until the end of June.  It will breakthrough at Karangahape this spring, and at Aotea towards the end of the year.  The TBM will then be moved back to Mt Eden and will start boring the second tunnel next year.