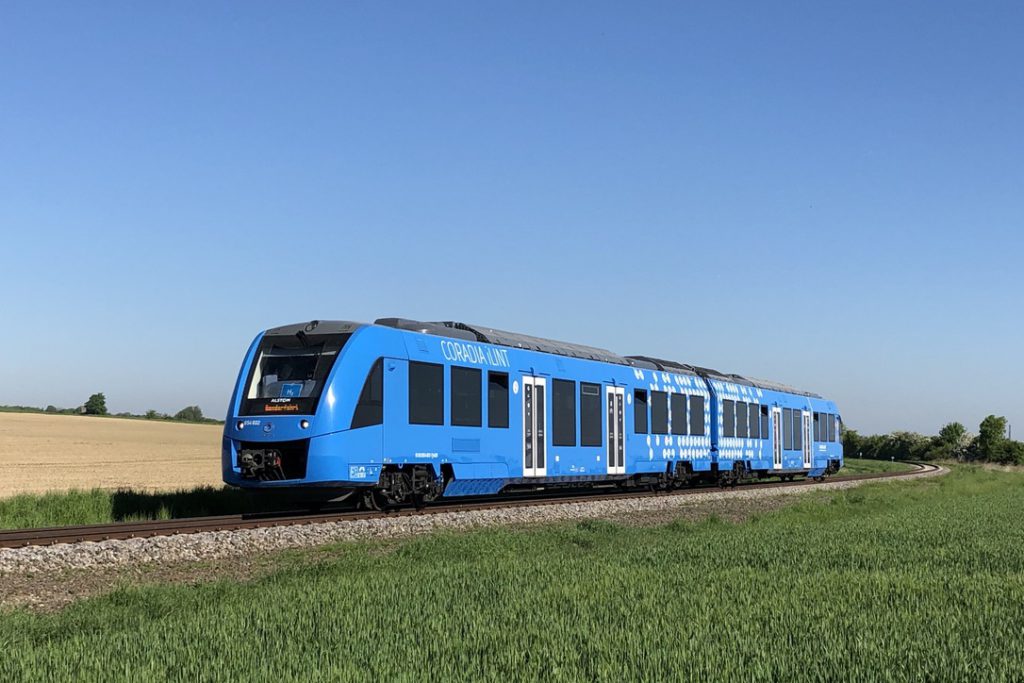 Some years ago, a thorny problem was becoming increasingly pressing to railway engineers. The existing form of propulsion, especially over long distances, was becoming recognised as too polluting to continue to be used. In the urban networks of large cities, electrification was one solution, but the high cost of extending the electric networks to less frequented lines meant that this could not be applied everywhere.

In addition to these infrastructure hurdles, operators were looking for trains that would be easier to maintain and provide better energy efficiency.

Sound familiar? Just as these issues were confronting the railways of the 1930s as they switched from steam to diesel engines, so too are the same issues arising again today as networks search for the zero-carbon alternative to diesel.

While operators in the early 20th century migrated from steam to diesel, governments around the world today are mandating that diesel no longer be used from a certain date.

As one part of the wider push to decarbonise the economy and achieve carbon neutrality by 2050, authorities around the globe are setting the end date for diesel propulsion. In 2018, the UK government announced that it would prohibit diesel-only trains on the UK network by 2040. Similar efforts are being made in countries around the world including France, Germany, and India.

These mandates have thrown down the gauntlet to the rail manufacturing industry to come up with a solution as they did in the 1930s with the diesel combustion engine, said Alan de Reuck, director of strategic projects ANZ at Alstom Transport.

“If a government legislates that no more diesel trains can be utilised from the year 2035 or 2040, whatever the date might be, it then becomes a challenge for the industry to provide the associated enablers to get to that.”

While the deadlines may seem to years away, for rail operators the time to start thinking about alternative propulsion technologies is now, as trains purchased today will to have a life cycle extending beyond these deadlines.

“Large operators are starting to look at alternative sources of energy because the procurement decisions made today on trains and rollingstock have long term impacts. Trains generally have a lifespan of about 30 years, so when you start looking at the years 2030, 2040, that’s not far away,” said de Reuck.

What the solution will look like will also depend on the local conditions. Just as a wave of electrification of urban lines occurred to replace some steam-powered trains, and diesel was adopted for regional and freight services, what a decarbonised rail network will look like will vary from line to line.

In some cases, as rail lines become busier or new high-speed lines with high instantaneous energy demands are built, electrification would be the solution, in others – light rail, for example – batteries may become commonplace, while bi-mode battery units may fill in other gaps. However, to meet the challenge of long-distance, emission free autonomous propulsion, another fuel is now coming to the fore: hydrogen.

As de Reuck points out, hydrogen-powered trains have the advantage of similar operating environments as diesel.

“Realistically, utilising hydrogen on site at a refuelling site is exactly the same as what you’d experience with a refuelling site for diesel. When we went down the path of developing a hydrogen train, we also tried to make it as easy as possible for operators to transition over from their familiar diesel operating environment. People are very familiar with a certain operating model and the hydrogen train operating environment we’ve developed is very similar to that of diesel, so the transition from an overall operational perspective should be quite simple.”

ACHIEVING AUTONOMY
The hydrogen-powered trains that de Reuck’s employer have developed are the Coradia iLint, in full revenue service in Germany since 2018 with another 41 trains presently on order. Emitting only water vapour and condensation, the trains have also been successfully trialled in the Netherlands and Austria.

“It is important to note that the technology is here and now,” said de Reuck. “Energy is provided and efficiently managed on the train by onboard fuel cells with and a small supporting lithium ion battery system.”

What makes hydrogen distinct from other forms of emissions free mobility is its ability to power trains over long distances. Alstom’s present iLint trains are able to run for over 800km without refuelling, meaning that they are able to effectively replace the operational schedules of diesel-powered rollingstock. The original decision to base the design of the iLint on its diesel equivalent allowed the designers to specifically focus on the application of the new hydrogen fuelled technology requirements rather than build a new train from the floor-up.

Another distinction with the autonomy requirements of hydrogen-powered trains is the need to introduce intelligent energy management systems to conserve on-board energy. As de Reuck highlights, the “i” in iLint stands for “intelligence”.

“Alstom has developed its intelligent energy management system that uses the fuel cells on board with a supporting small lithium ion battery system, which effectively and efficiently utilises onboard energy to harness regenerative energy, keep the batteries sufficiently charged to both manage the on- board energy requirements of the train and support the energy requirements of the train during acceleration.”

This further extends the range of the trains, without having to compromise through any addition of extra weight through additional batteries. To power a roughly 100-tonne iLint, 250 kilograms of hydrogen will enable the train to presently run between 800 and 1,000km, timetabling and load dependent.

Just like diesel, however, the new generation of hydrogen-powered trains also have their refuelling infrastructure requirements. There are three main options of getting hydrogen to a train refuelling station, either piped from a production facility, transported by another vehicle such as a truck and stored on site, or produced on site via an electrolyser.

With a refuelling station established, however, there is the potential opportunity for multiple hydrogen users to conglomerate around a single source of supply. In Australia, hydrogen production from renewable energy sources is expected to increase significantly to meet future demand from countries such as Japan and South Korea. Areas tipped to be locations where hydrogen will be produced and exported, such as in the Pilbara, Newcastle, and Port Kembla, provide linkages to the existing diesel-powered passenger and freight rail networks there.

HYDROGEN IN THE HERE AND NOW
With hydrogen-powered trains already in passenger service, there is little doubt that the technology is a proven alternative to traditional propulsion methods. In addition, as early integration and trials are completed across numerous operator networks the time to full implementation is reduced.

“It took quite some time in Germany to get the full regulatory approvals because it was the very first place in the world to adopt this new technology into the rail environment,” said de Reuck. “But it’s now become the benchmark and in other areas such as the Netherlands we achieved this over a considerably shorter period of time.”

Not only have regulatory hurdles been surpassed, but operator and passenger experiences have informed future trials.

“For the passenger experience, hydrogen-powered trains are extremely quiet, they have exactly the same characteristics as a standard EMU with its electrical propulsion system. Drivers have become accustomed to the clunky acceleration profile of a typical diesel powered train and are pleasantly surprised with the hydrogen train where the acceleration profile is far more efficient,” said de Reuck.

In addition, in other markets, hydrogen-powered trains is being adopted as a way to extend the life of existing fleets.

“In the UK, the Breeze project is a modernisation and conversion project of existing EMUs that were built in the early 90s, effectively replacing the present energy propulsion system with that of hydrogen but at the same time also modernising the fleet with a completely new fit out,” said de Reuck. “It’s not only about buying new trains or new locomotives, there are also opportunities for conversion and modernisation of existing ageing fleets. What you typically do is remove the diesel propulsion system and replace it with one of hydrogen, its support systems and electrical propulsion.”

With major rail operators in Australia already signalling their intention to move away from fossil fuel reliance and hydrogen-powered rollingstock being one path to that goal, de Reuck highlights that now is not the time to be complacent.

“A lot of people may think ‘We’ll just wait and see what the person next to me does,’ but I don’t think we have the opportunity to do that. The opportunity to be a game changer and secure a long-term future and competitive edge as operators is to move forward now.”