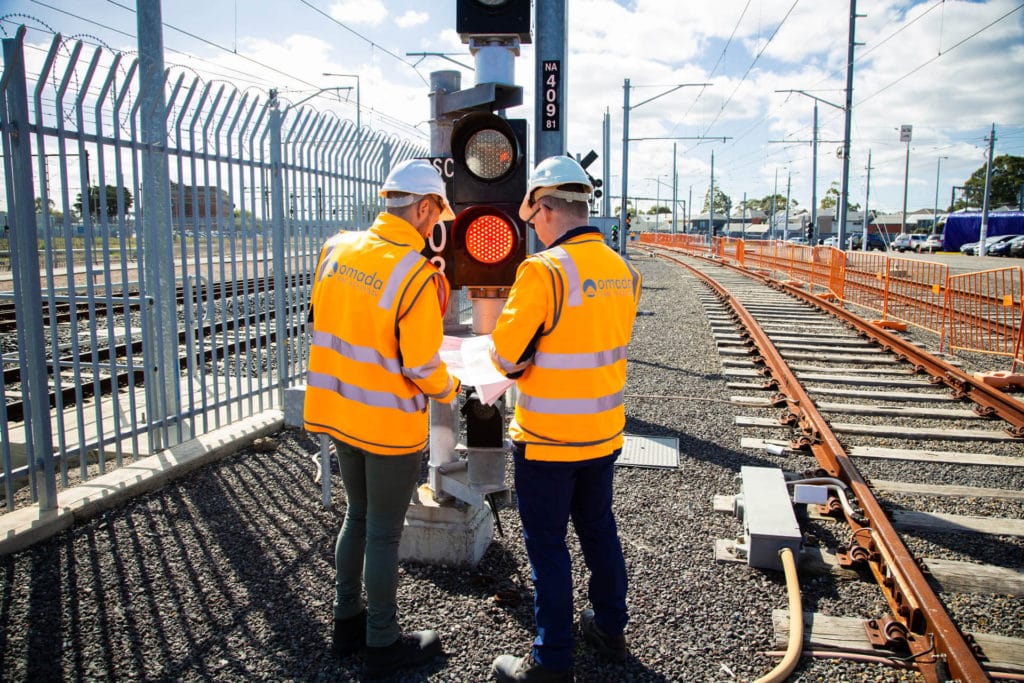 As they prepare to commence work early in 2022 on the design and operational safety of Melbourne’s North East Link Project (NELP), a consortium led by Omada Rail Systems is celebrating the ability of small specialist consortia to play a role in major projects.

Partnerships forged between networks of smaller firms are increasingly influential in winning access to major projects in road and rail, the partners maintain. Client organisations who would typically have awarded large-scale project work to tier one contractors are now recognising the value of specialist consortia in tackling the complexity of large projects.

Christopher Miller, co-founder and Director of Omada Rail Systems, said the completion of the project proves a tier one level company isn’t needed to take on a task of this size.

“By working as a collective, we will continue to provide the high level of service that Omada’s clients have become used to,” he said.

The human factors and safety assurance elements of the work will be handled by Abbott Risk Consulting (ARC), an engineering safety consultancy represented by its expert consultants in Australia and the UK. ARC is an employee-owned small company operating globally in the transport, energy, nuclear and defence sectors.

Its Melbourne office is led by Siobhan Telling, who is proud of ARC’s track record in achieving the best outcomes for clients across Australia’s rail network. “In any large-scale project, the question is, how do we best respond to the brief? This is essentially about selecting the best and most experienced team to take the field,” she said.

“With the best will in the world, the complexity of modern engineering projects mean that you are unlikely to be able to find all that expertise in a single organisation. At ARC, we work with like-minded partners, on projects large and small, with a shared interest is delivering the best value and outcomes to clients from our collective expertise.”

ARC’s Human Factors expertise in Australia has been strengthened with the recruitment of Bronwen Clulow to its Melbourne team. She previously worked on HF safety projects in the aviation sector and was attracted by ARC’s culture and values- including the avoidance of a top-down hierarchy and the bureaucracy that can often afflict large organisations.

“Human Factors is now widely understood as a discipline to be an essential element of any engineering safety case. Aligning design with operational safety is where human factors play such an important role in underpinning the safety of our transport networks. In every project, we must assess those risks and eliminate them through the application of design, training and operational best practice,” she said.

NELP is one of Victoria’s largest ‘Big Build’ projects and will deliver a new freeway connection between the M80 Ring Road and an up-graded Eastern Freeway, completing the missing link in the city’s Metropolitan Ring Road. The work will include the construction of Victoria’s longest twin road tunnel alongside 34 km of walking and cycleways and align with the existing rail network in a transport interchange. The project is scheduled for completion in 2028.

The project will also introduce Melbourne’s first dedicated busway and new public open spaces, including the planting of more than 30,000 trees.