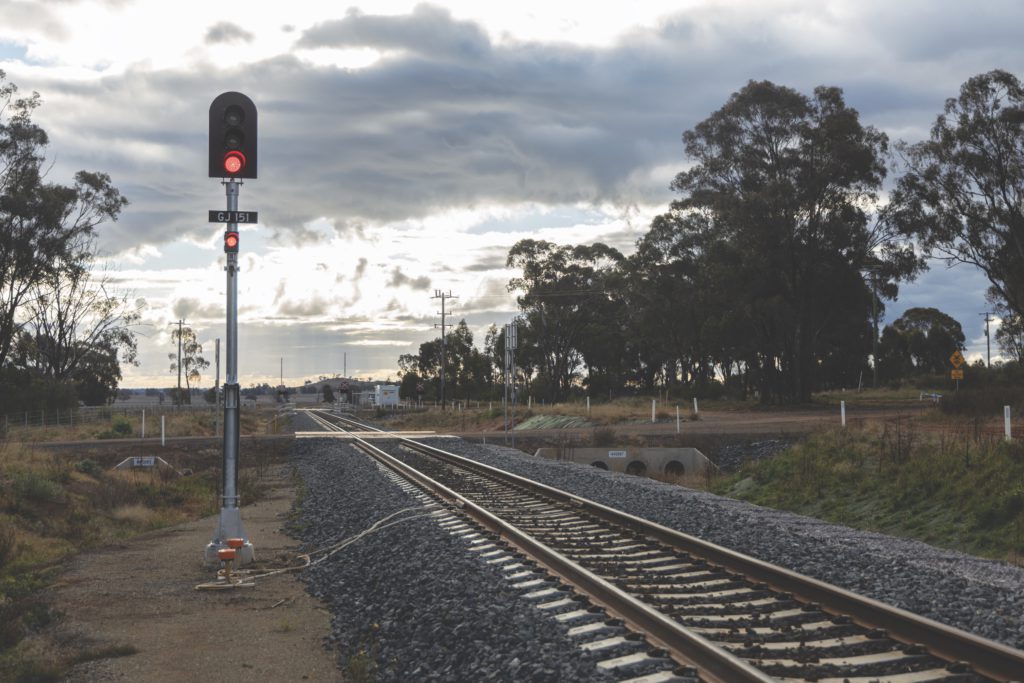 A contract to install and commission signalling on the next stage of Inland Rail is reflective of a company on a path to growth.

Phil Anderson can barely contain his enthusiasm when it comes to talking business.

“I have been working in rail since 1985 and have never seen so many work opportunities,” said the managing director of Aldridge Signal Infrastructure.

That means a bright future and a strong position for the business to be in.”

The business has been manufacturing rail signals in Australia since the early 1990s and is a major exporter of signals to Malaysia, Singapore, Hong Kong, Sri Lanka, Indonesia, New Zealand,Taiwan,Thailand and Ireland.

Aldridge Signal Infrastructure recently had something of a coup with an important project with the Inland Rail project.

For those in need of a recap, the Inland Rail project is a freight only railway line between Melbourne and Brisbane with the express purpose of speeding freight distribution in Australia.

It is seen as one of the most important pieces of infrastructure in the history of the Australian federation.

An initiative of the Commonwealth, line construction began in 2018 and is proceeding in 13 stages, with the most recently completed 182.8 km section being between the New South Wales towns of Parkes and Narrabri.

Aldridge Railway Signals supplied for this section 95 mainline signals and 35 shunting signals. All signals are “state of the art” light-emitting diode (LED) types, with Aldridge being the first to innovate with LED technology in Australian Rail Signalling.

The Narrabri to North Star (N2NS) route is within the Narrabri, Moree Plains and Gwydir local government areas in north-west NSW. N2NS extends about 173km from north of Narrabri Junction, terminating at North Star, about half-way between Moree and the Queensland border town of Goondiwindi. The project is generally within the existing rail corridor requiring the upgrading of an existing line.
The upgraded line is to include 12 passing loops, nine level crossings as well as a marshalling yard at Moree and Aldridge Signal Infrastructure will be responsible for the installation and commissioning of the upgraded signalling systems and associated infrastructure.

“We have assigned significant resources to this project and it is without doubt very significant for our business,” Anderson said.

“We see this contract as an opportunity to double the size of the business and look forward to contributing to a project that will bring tremendous benefits to the Australian nation.”

“We have been operating for just over six years and it has been great to be involved with Inland Rail,” Anderson said.

“We see opportunities for the next 10 years and to have this major involvement in a big project is a great position to be in.

“Our current business model is to focus on work in NSW,” he said.

“There are so many opportunities in NSW we don’t need to look elsewhere and we can focus on being our best in our established market.”

Aldridge Signal Infrastructure was established in 2015 and since then it has completed several major projects including:

• The Georges Plains Crossing Loop: A new crossing loop between Bathurst and Newbridge on the Main West Line. This project also included 4 level crossing and in-section controlled signals for following movements in the Georges Plains to Newbridge section, with the client being John Holland CRN.

• Installation and commissioning of 11 Level Crossing Improvement Project (LCIP) level crossing upgrades throughout NSW for the ARTC and JHCRN.

• Ettamogah Rail Hub container handling, intermodal transport facility providing a rail-transport option for national and international freight to and from the Albury-Wodonga region. The project was funded by federal and state government and aims to get heavy vehicles off the road. Contracted to provide a turnkey solution for the signalling system from detail signalling design, supply, installation and commissioning, the project was initially to be completed in six months but due to scope creep from changes to operational requirements it was completed in 24 months. It was a significant project in which Aldridge played a key role.

“Projects such as these are going to drive the future of Australian freight and it is a real pleasure to be able to contribute.”