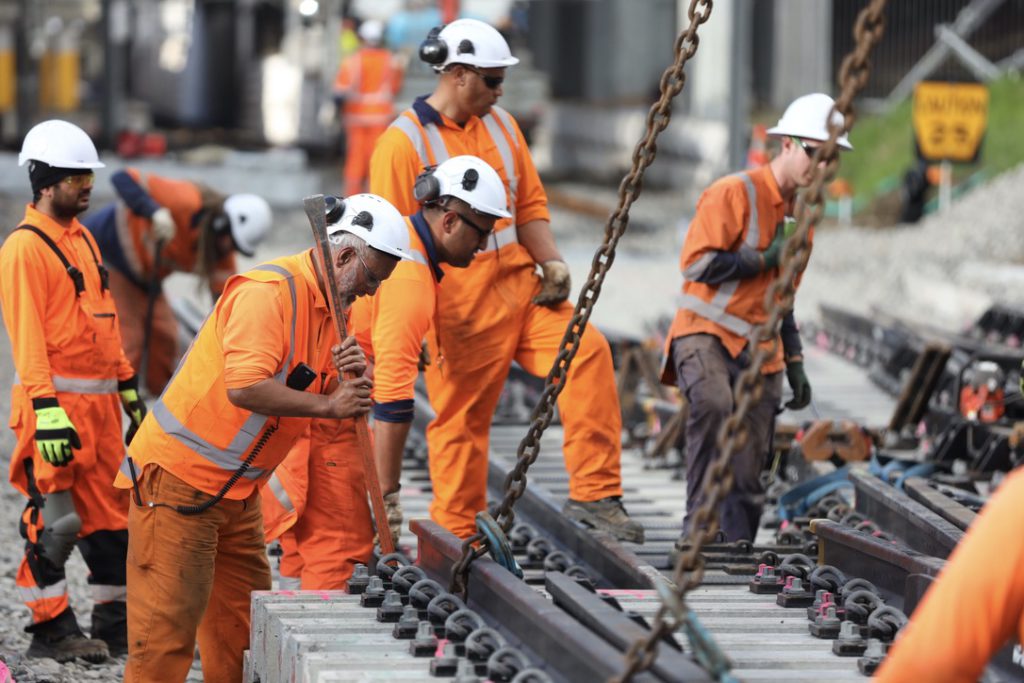 Work on restoring Auckland’s rail network has taken a major step forward, with weekday services returning to all lines.

Testing earlier in 2020 found that 100km of rail around Auckland needed replacing. Since then, KiwiRail teams have been carrying out rectification works, including grinding, with services now returning to renewed sections.

A 40km/h speed restriction was put in place across the Auckland network, and some lines have been shut to enable work to be carried out. Auckland Transport is running a 20 minute timetable while work is carried out.

“We are pleased with how the project is tracking. Over the past four weeks our teams have managed to complete all planned work between Homai and Papakura, and this section of the network will be reopened to trains from Monday.”

Trains returned to the line between Newmarket and Penrose after a four week closure on the Southern line ended in October.

Major works will also be carried out over the Christmas period.

“Our focus has now moved to that very critical section of the network between Ōtāhuhu and Homai where we will be working overnight and on weekends, so we can keep trains flowing in the lead up to Christmas,” said Moyle.

“This will see some lines close earlier on weekday evenings and over weekends.”

Half of the 100km of damaged rail has been replaced, and once upgrade works are complete, increases to frequency will be enabled.

We have now replaced 50km of rail and although we are still finalising our Christmas work programme, we are very pleased to have achieved this milestone,” said Moyle.

“The progress that has been made puts us in a good position as we lead into network-wide shutdowns over the Christmas period.”

Buses have been replacing trains while sections of the network has been closed.