The $800m project is the first major integrated road and rail project delivered in south-east Queensland and involved the construction of a new passenger railway line from Darra to Richlands, a new railway station at Richlands and the duplication of the Centenary Highway from two to four lanes.

DSTC Stage 1 was delivered by John Holland in an alliance with Queensland Rail, the Queensland Department of Transport and Main Roads, GHD and KBR.

“The IPA awards recognise excellence in infrastructure delivery, acknowledging projects that are innovative and excel across all major project delivery metrics. This award is an appropriate recognition of the outstanding efforts of the entire Horizon Alliance team over the life of the project,” John Holland group managing director Glenn Palin said.

“The project has demonstrated what can be achieved when diverse stakeholders, including design and delivery experts, come together with a genuine will to collaborate and make decisions based on best-for-community outcomes. I congratulate the entire Horizon Alliance team for their efforts throughout the delivery process” Stubbs said.

Stage 2 of the Darra to Springfield Transport Corridor – the Richland’s to Springfield Rail Extension&nbsp – is a $475m project due for completion in 2013.

John Holland received the award at a ceremony in Sydney in late March.

<span class="" id="parent-fieldname-description"> The New South Wales Governmentâs Transport Construction Authority (TCA) has awarded John Holland the $550m design and construct contract for the South West Rail Link project. </span> <p>John Holland will deliver works between Sydney’s Glenfield South and Leppington including 10.5km of new twin track electrified rail line, new passenger stations Leppington and Edmondson Park and a train stabling yard at Rossmore.</p><p>Incorporated in the civil works is the movement of 1,000,000 cubic metres of earth, the delivery of retaining walls, five overbridges and seven underbridges, including an underpass beneath the Hume Highway.</p><p>“The award reflects our strength in civil contracting and the value of our specialist skills in the rail sector, and follows a number of recently completed projects delivered on behalf of the TCA,” John Holland group managing director Glenn Palin said.</p><p>“We look forward to extending our relationship with TCA and the successful delivery of this important new piece of infrastructure for the people of Sydney’s south-west.”</p><p>Work on the project will commence early in 2011 and is expected to be completed in 2015.<br />&nbsp</p>

<span class="" id="parent-fieldname-description"> John Holland has been selected as the preferred proponent to manage the Country Regional Network (CRN) by the NSW Governmentâs Country Rail Infrastructure Authority. </span> <p>John Holland group managing director Glenn Palin said the contract represents a strategic expansion into railway asset maintenance for the company.</p><p>“[It] the first part of our broader push toward the establishment of a comprehensive transport asset maintenance business across a range of infrastructure and transport classes,” Palin said.</p><p>John Holland executive general manager rail Karl Mociak said in addition to being Australia’s largest rail construction contractor, the CRN contract now establishes John Holland as Australia’s largest private railway asset management company.</p><p>“The further development of our systems and expertise in railway asset management through this contract will provide a foundation on which to broaden our service offering to include train operation and control services, which will be offered to private and public sector clients across Australia and abroad,” Mociak said.</p><p>The 10-year contract is worth $1.5bn and involves the operation, management, maintenance and upgrade of country railway lines across NSW, including 2700km of operational freight and passenger lines and 3100km of non-operational lines.</p><p>John Holland will deliver the full scope of railway asset management services under the contract, including network operations, signalling, structures and major periodic maintenance.</p><p>The 10-year CRN contract will commence in the field late in 2011 and will run through 2021. A directly employed John Holland workforce in excess of 400 will be created to deliver the full scope of works.<br />&nbsp</p>

<span class="" id="parent-fieldname-description"> Leighton Holdingâs construction and engineering subsidiary John Holland has won a $650m contract to deliver Victoriaâs South Morang Rail Extension project. </span> <p>John Holland, in alliance with AECOM, the Department of Transport, MTM and VicRoads will deliver the project.<br />The project involves the duplication of the single track between Keon Park and Epping and the extension of the rail line to South Morang. It also includes three road/rail grade separations, two new stations and one station upgrade.<br />The project will increase capacity to meet the growing demand for public transport in Melbourne’s north.<br />In a statement, John Holland said that subject to finalisation of the scope of works and cost with the Victorian Government, its stake is expected to be in excess of $300m.<br />Managing director Glenn Palin said the contract reflects the “diversity” within the company and its capacity to deliver complex, multi-disciplined infrastructure projects.<br />“The Victorian Government has an ambitious public transport agenda…and we look forward to delivering this important project,” general manager John Holland’s southern region David Moran said.<br />Planning and design works will begin immediately and construction is scheduled to commence in the second half of 2010.<br />&nbsp</p>

Involving the construction of a 42.8 kilometre third track from Maitland to Whittingham, the project will be divided into two stages to accelerate its delivery.
The construct only stage one Minimbah to Whittingham works, will involve the construction of approximately 10.8 kilometres of new track, civil, road and bridge works, and signalling works.
The comprehensive stage two contract – the Maitland to Minimbah works includes the design and construction of a third track adjacent to the existing mainline between Maitland and Minimbah. Also included in the package are design, documentation, surveying and services relocation work.
The 32 kilometres of new track will directly connect with the stage one works.
Full scope of work for the complete project includes: design and documentation from concept to construction and commissioning comprehensive geotechnical investigations site surveying environmental assessment and planning approvals property acquisition and earthworks and construction.
The Maitland to Whittingham Third Road Alliance project is part of a major infrastructure program coordinated through ARTC. The program is designed to boost Australia’s export capacity in the resources sector.
Major construction works on the project will commence in mid-2009, with both projects expected to be completed by March 2012
Executive general manager of John Holland’s Rail business, Karl Mociak said the contract highlights the company’s capacity to deliver multi-disciplinary rail projects in collaboration with its colleagues in the wider business. 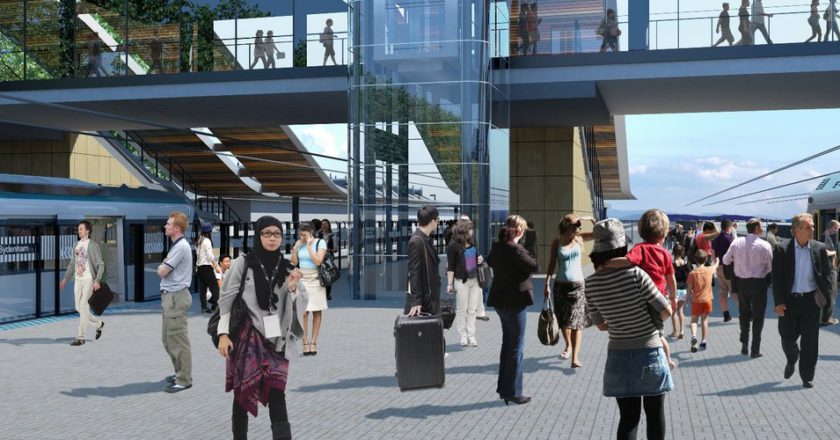 Sydenham Station in Sydney’s north-west is one step closer to being ready for metro services, with a new station entrance and a new pedestrian concourse opening to the public in the coming weeks as part of the Sydney Metro City & Southwest project. END_OF_DOCUMENT_TOKEN_TO_BE_REPLACED 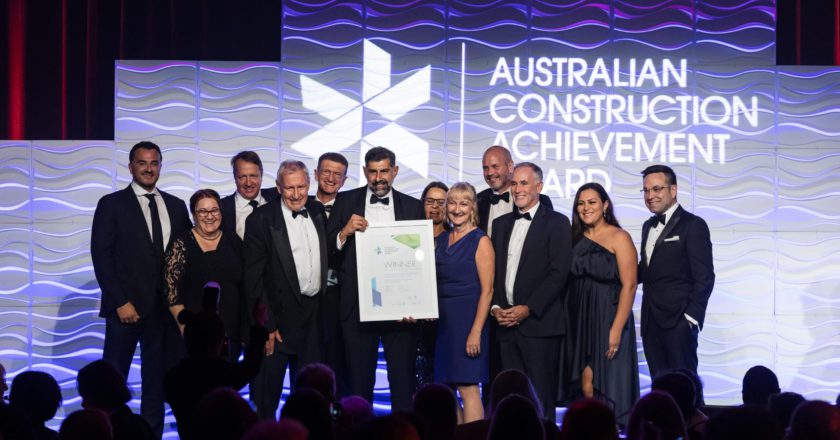 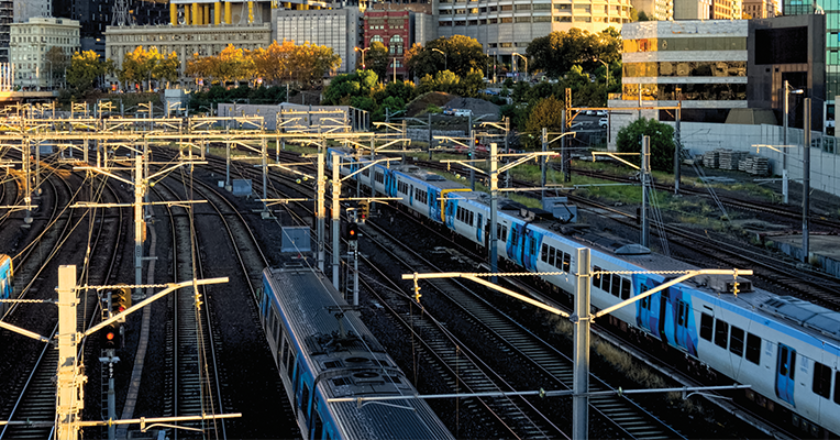 There are just five days left to get yourself a ticket to RISSB’s Rail Safety Conference, where participants can engage in strategic discussions concerning the future of rail in the areas of resilience, asset management, risk management, climate change and culture. END_OF_DOCUMENT_TOKEN_TO_BE_REPLACED 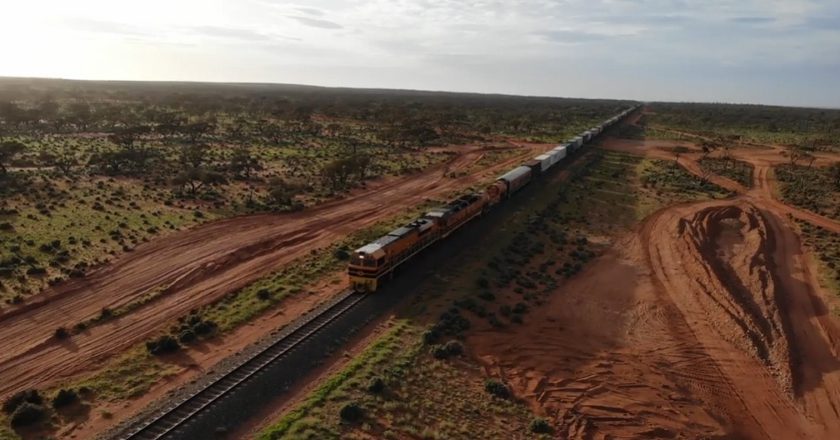 Operations have resumed on the Trans-Australian Railway between Adelaide and Tarcoola following an intensive 24-day repair operation by the Australian Rail Track Corporation (ARTC). END_OF_DOCUMENT_TOKEN_TO_BE_REPLACED 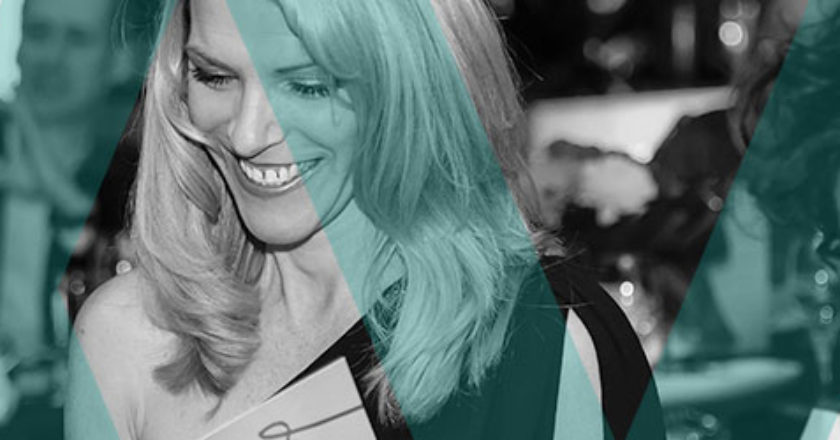 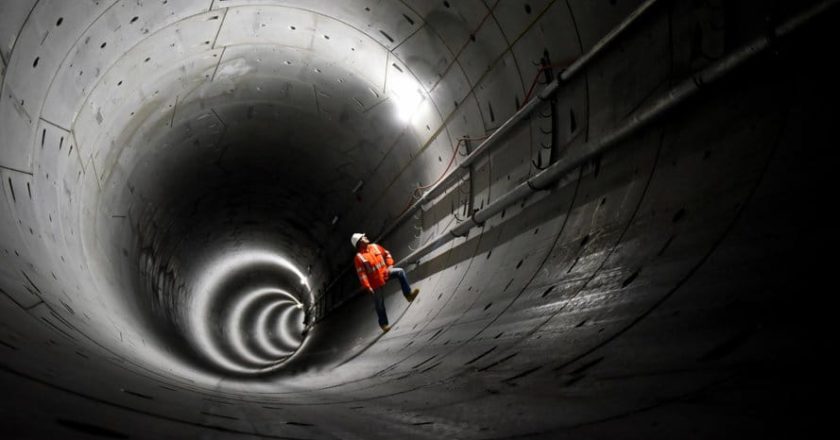 The New South Wales Government has shortlisted three consortia to deliver the Eastern Tunnelling package for Sydney Metro West project, which includes 3.5 kilometres of twin tunnels under Sydney Harbour between The Bays and the Sydney CBD. END_OF_DOCUMENT_TOKEN_TO_BE_REPLACED 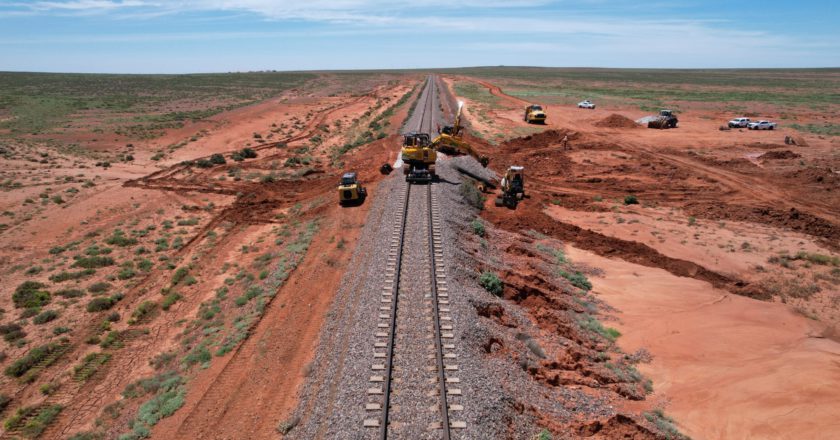 The Australian Rail Track Corporation has advised that full repairs to the flood-damaged rail tracks in South Australia are unlikely to be completed before mid-February. END_OF_DOCUMENT_TOKEN_TO_BE_REPLACED 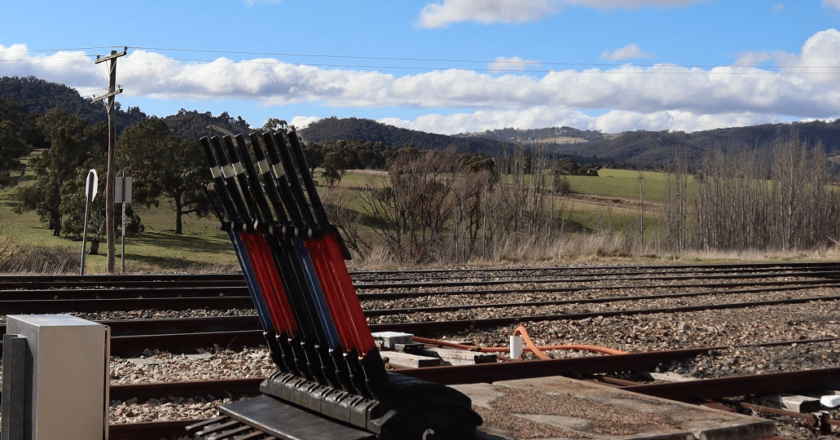 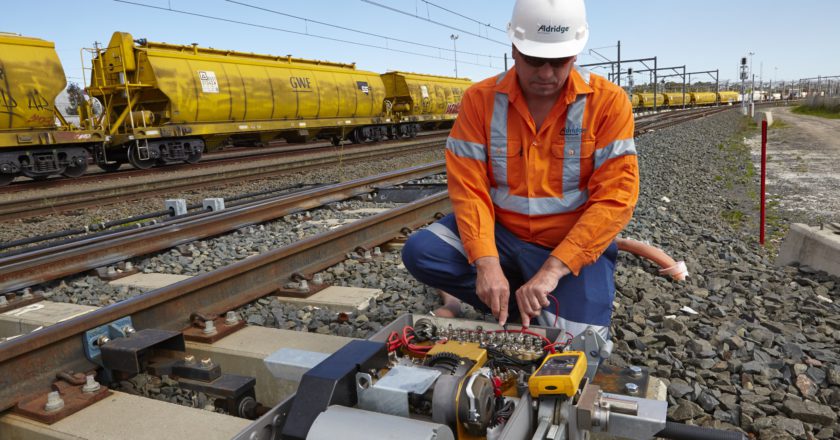 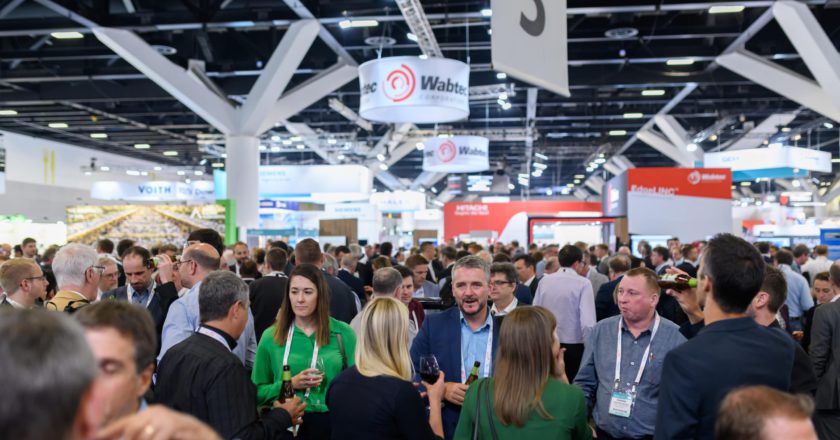 The organisers of AusRAIL PLUS, to be held in Sydney from Feb 28 to March 2, have reiterated a raft of security measures to support a safe, productive and high-quality experience. END_OF_DOCUMENT_TOKEN_TO_BE_REPLACED 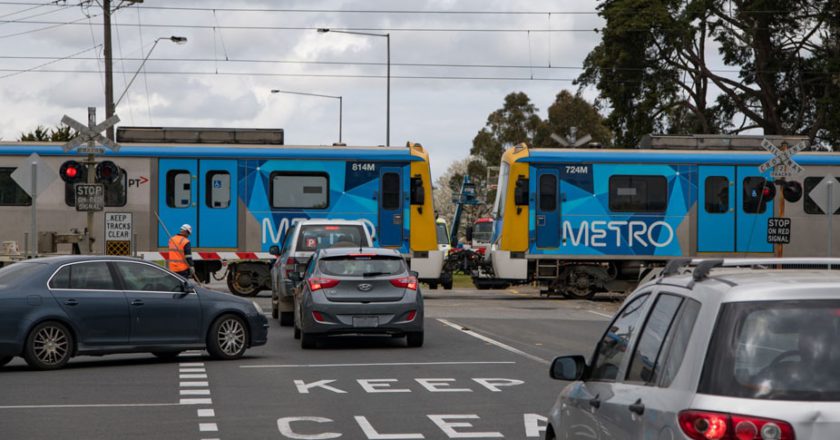 Three more dangerous and congested level crossings in Melbourne’s south-east are set to go – making the Pakenham Line completely level crossing free by 2025 – with a total of 22 level crossings being removed on the line. END_OF_DOCUMENT_TOKEN_TO_BE_REPLACED 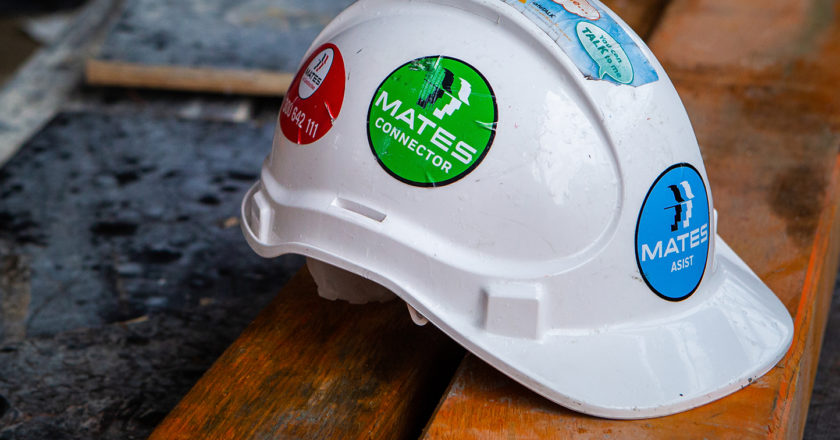 The Australian Rail Track Corporation’s (ARTC) Inland Rail project has announced a $100,000 partnership with MATES in Construction – a charity established to reduce the high level of suicide among Australian construction workers.  END_OF_DOCUMENT_TOKEN_TO_BE_REPLACED 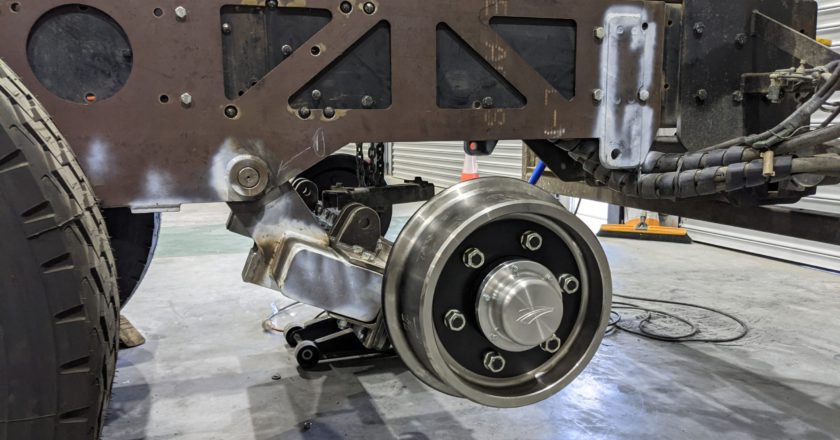 What began as a humble provider of rail plant maintenance services has evolved into an institution in the Hunter Valley of NSW.  END_OF_DOCUMENT_TOKEN_TO_BE_REPLACED 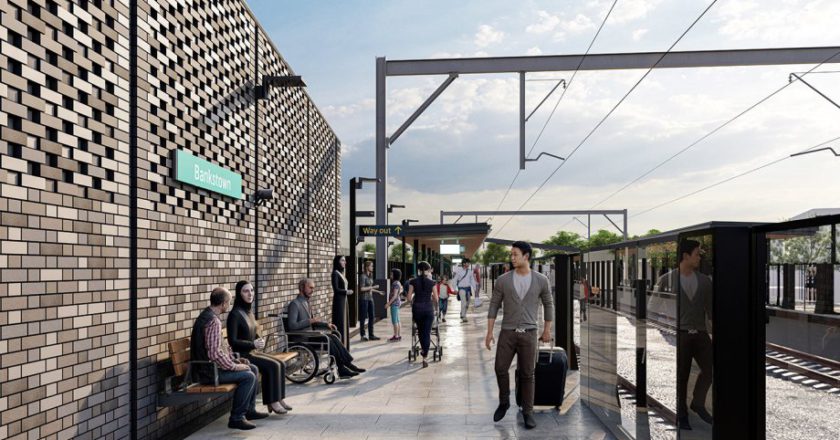 A $45 million contract has been awarded to a joint venture of John Holland and Laing O’Rourke to start early construction work at Bankstown Station in Sydney.

Following these early works, a separate Bankstown Main Works contract will be awarded to modify Bankstown Station for Sydney Trains services and to get it ready for metro services.

The design will ensure an easy interchange for customers transferring between Sydney Metro and Sydney Trains services. 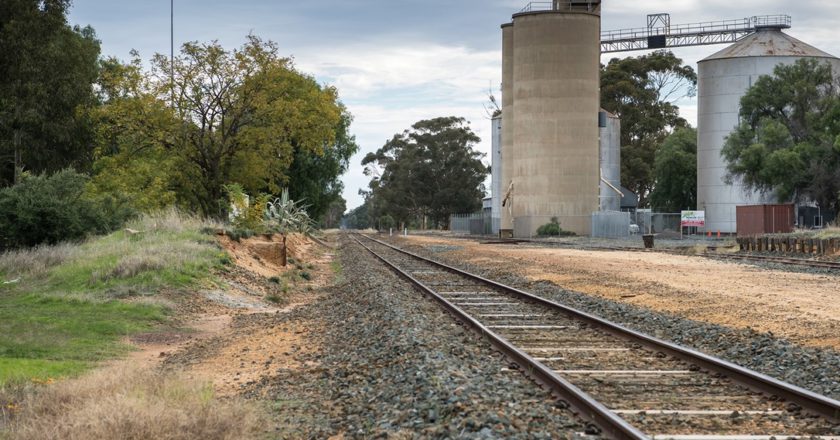 Trains will be travelling at higher speeds along the Echuca Line before the year’s end, the Victorian government has announced as a major upgrade gets under way.   END_OF_DOCUMENT_TOKEN_TO_BE_REPLACED