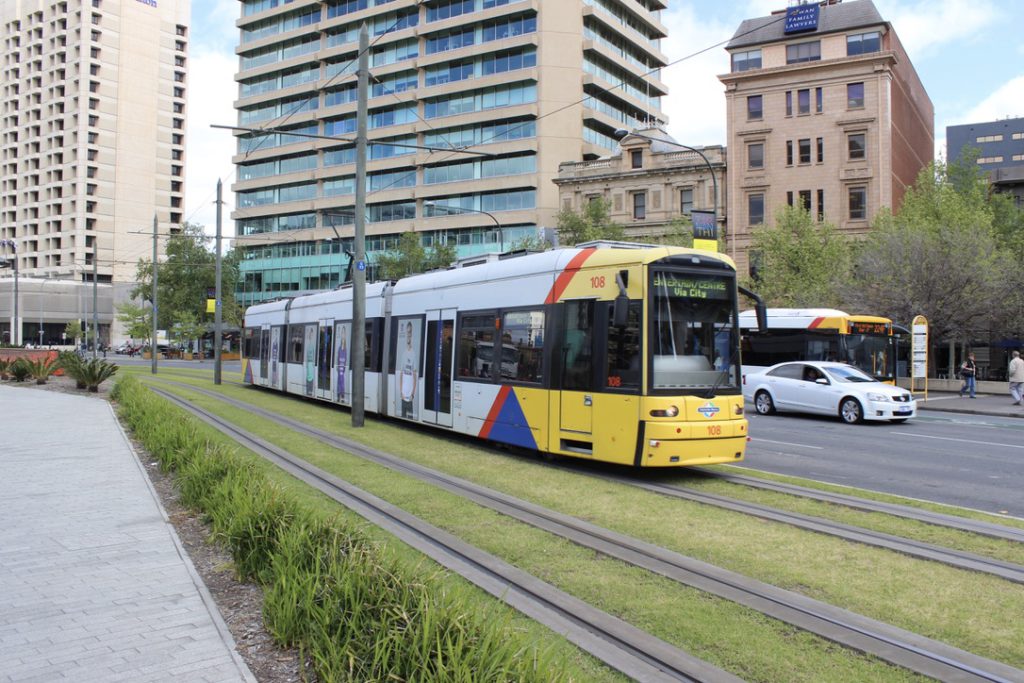 The South Australian government has released a Climate Change Action Plan to cut the state’s emissions, with a particular focus on transport emissions.

With South Australia’s energy largely sourced from renewable energy, transport emissions are the largest direct source of emissions, with the sector contributing 29 per cent of total emissions in the 2018 financial year. Road transport contributes 87 per cent of these emissions.

To address this and move towards a low emissions transport system, the Plan encourages a shift to public transport. The report recommends that train and tram services be made more efficient, accessible and frequent to encourage fewer car trips.

Action point 4.6 in the report outlines that “The government will deliver a modern and customer-focused public transport network to encourage greater uptake and thereby reduce private car use and associated greenhouse gas emissions”.

Planning will also be used to encourage public transport use, with new developments located close to stations and stops.

Other initiatives targeted by the report include further electrification of the Adelaide metropolitan rail network, or the exploration of converting diesel-powered services to alternative fuels.

Releasing the report, SA Minister for Environment and Water David Speirs said that all parts of the state will need to work together.

“We recognise that acceleration of South Australia’s response to climate change will require leadership and action by governments, industries, businesses and the community. Importantly, our government will work to create a business environment that drives market-led opportunities,” he said.

The SA government hopes the plan will lead to the development of a clean hydrogen export economy, as an alternative to fossil fuels. Hydrogen has been explored as one way for diesel-powered trains to be converted to zero-emissions propulsion.