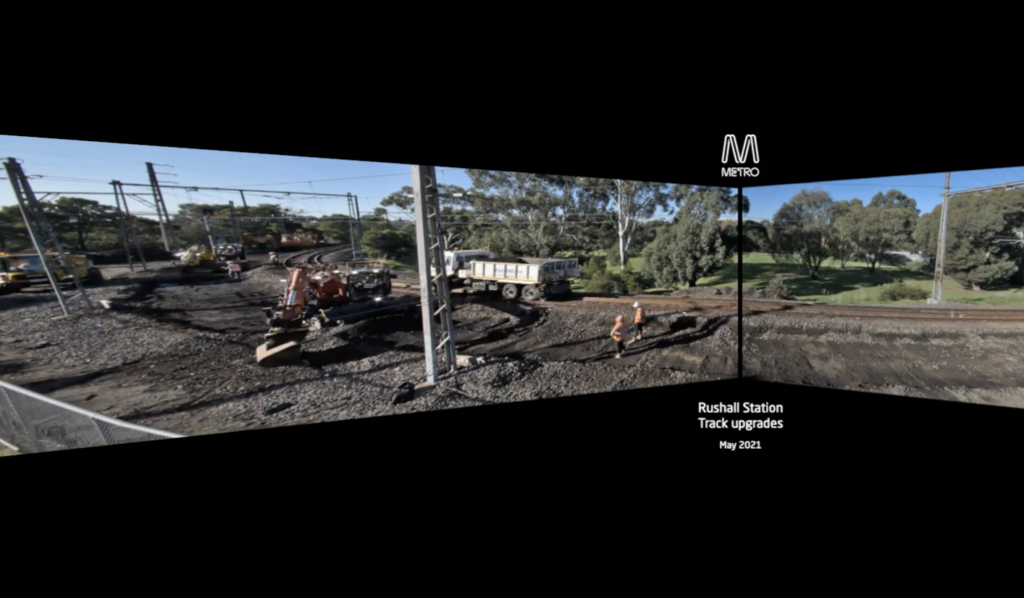 Metro’s maintenance and renewal team has been replacing track infrastructure on the sharpest bend on the Metro network in inner northern Melbourne.

METRO maintenance and renewal team has spent six days and nights replacing track infrastructure on the sharpest bend on the Metro network in Melbourne’s inner north.

Known as the ‘Rushall Curve’, the 400-metre stretch of track lies between Rushall and Merri stations on the Mernda Line.

The curve is subject to stronger centrifugal forces (outward force) than at any other point on Metro’s 1000-kilometre network. Centrifugal forces can make a train ‘lean’ further into a turn as it travels around a bend.

The works were completed in 145 continuous hours over a six-day period.

Works to the Rushall Curve form part of Metro’s on-going program of maintenance and renewal, with $12 million spent every week to maintain trains, rail equipment and technology.

“Safety is the foundation of everything we do. Because of the unique design of this section of track, we require a more intensive level of planning and maintenance,” Millian said.

“We used a six-day period to renew this section of track and support a safer, more reliable journey for our passengers.

“Mernda Line passengers can rest easy knowing that every service they take is safe thanks to the hard work of our dedicated teams.”

Footage of the works can be viewed here.