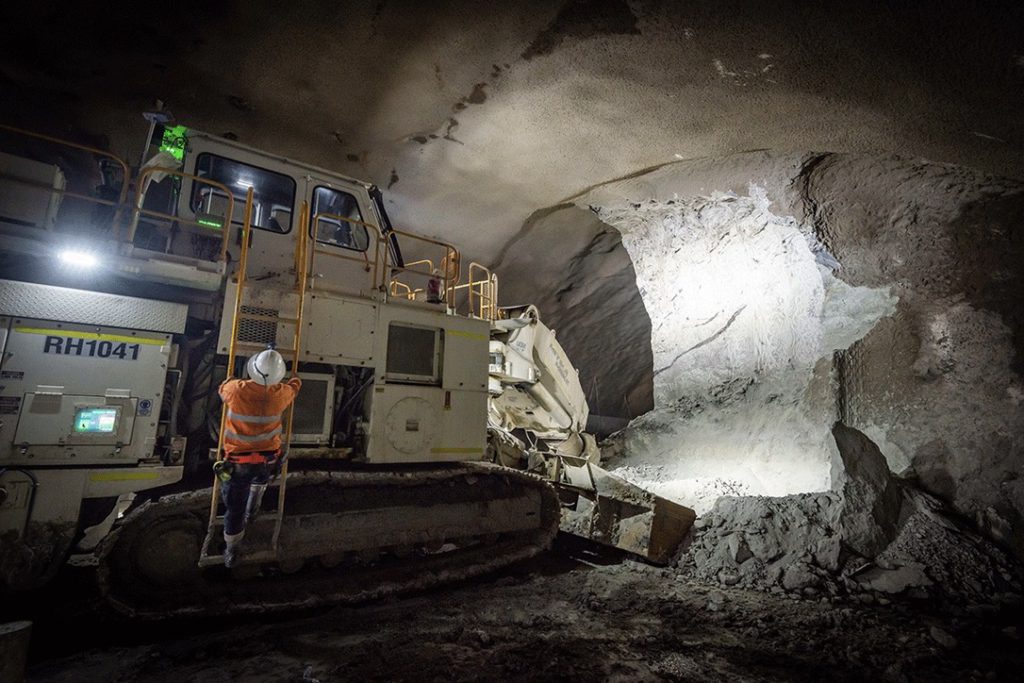 Two roadheaders are now carving out the tunnel between Woolloongabba and Boggo Road stations in Brisbane, part of the Cross River Rail project.

The roadheaders will each travel 870 metres from Woolloongabba to Boggo Road, excavating 60 tonnes of rock per hour. Every day, the 115-tonne machines will progress between two to five metres, with tunnelling expected to be completed by the end of 2021.

Previously, the roadheaders were used to create the station caverns at Woolloongabba, and while tunnelling the machines will excavate three cross passages between the twin tunnels, as well as one temporary cross passage, said a Cross River Rail Delivery Authority (CRRDA) spokesperson.

Unlike tunnelling on the rest of the project from Woolloongabba to Normanby, which is being carried out by two tunnel boring machines, the roadheaders are being used between Woolloongabba and Boggo Road due to the shallowness of this section of tunnel.

“Using roadheaders to tunnel south from Woolloongabba to Boggo Road is a more cost efficient and more suitable methodology given the tunnel section’s shorter length and shallower depth,” said the spokesperson.

“It isn’t feasible to use additional TBMs for this section, especially considering how long they take to assemble, test and disassemble.”

In a press conference to mark the beginning of construction on the future Exhibition Station, CRRDA Graeme Newton said after a year of construction, the project was meeting its targets.

“We’re working both above ground and below ground. The project is progressing very well and we’re on time and on budget.”

At the front of the roadheaders, the pineapple that brakes through rock will go through 30 picks during each eight-hour shift.