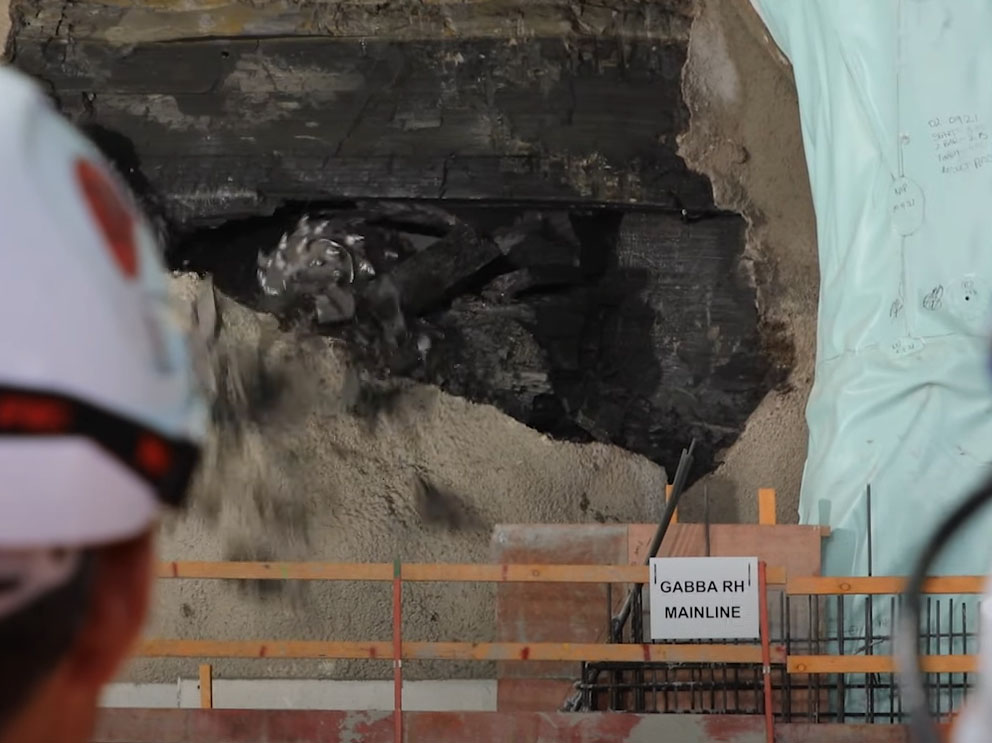 Two 115-tonne roadheaders recently broke through into the cavern of the future Boggo Road station two months ahead of schedule, marking yet another significant milestone for the transformational Cross River Rail project in Queensland.

The mega machines excavated almost 900 metres of tunnel each, since launching from Woolloongabba at the start of the year.

The roadheaders finished carving Cross River Rail’s tunnels towards Boggo Road in September, having advanced about 30 metres a week through hard rock.

It marked a particularly impressive feat of engineering, with the roadheaders working as shallow as eight metres below ground at some points, including beneath live rail lines.

While the project’s massive Tunnel Boring Machines usually receive the most attention, the roadheaders are impressive pieces of machinery in their own right.

The machines and the crews who operate them are the unsung workhorses of the project, responsible for not only mining the tunnels from Woolloongabba to Boggo Road, but excavating the project’s station caverns as well.

Meanwhile, work on the future Boggo Road station itself has been progressing well.

The 27-metre-deep station box is now fully excavated and the walls for the station structure itself are being installed.

The site also boasts two of the world’s strongest tower cranes, each capable of lifting 330 tonnes each – the equivalent of about 47 African elephants.

Almost 3000 people are currently working across the project, including more than 200 workers in the tunnels between Woolloongabba and Boggo Road, and 360 at the Boggo Road site.

The future Boggo Road station will be about 19 metres below surface level, feature 220-metre-long platforms and is expected to be used by almost 23,000 people each week day by 2036.

It will unlock opportunities for further development at Boggo Road, helping the area continue to evolve as a world-class health, science and education precinct.

The new underground station will integrate with walkways, cycle paths, Park Road station and bus services, providing improved access to both The University of Queensland and the CBD.

Roadheaders get to work