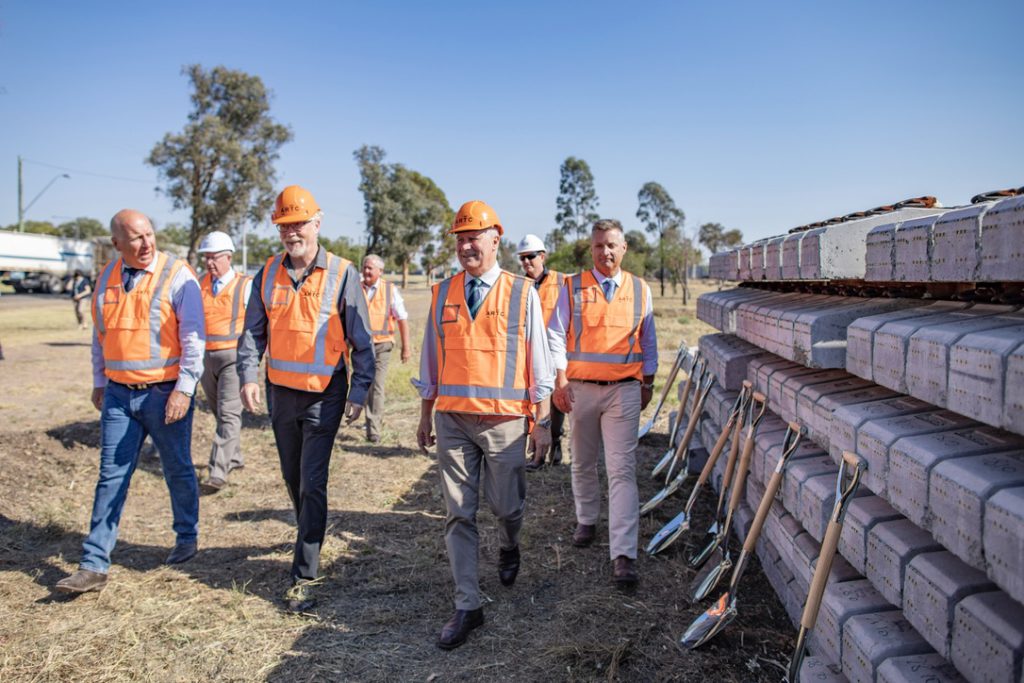 Richard Wankmuller (third from left) at the start of construction of the Narrabri to North Star section of Inland Rail.

CEO of Inland Rail Richard Wankmuller will end his term at the helm of the Inland Rail project by mid 2021.

Wankmuller has led the project for the past three years as the 1,700km long freight link moved from design to construction stages, with the first leg opening in 2020.

Deputy Prime Minister and Minister for Infrastructure, Transport and Regional Development Michael McCormack acknowledged the work that Wankmuller has done.

“I want to thank Richard Wankmuller for his leadership of the Inland Rail program and recognise the valued contribution he has made to this nationally significant infrastructure project,” McCormack said.

“Richard leaves Inland Rail in a strong position – having delivered the first 103-kilometre section of Inland Rail between Parkes and Narromine in New South Wales and beginning construction on the second stretch linking Narrabri to North Star in November last year.”

A focus for the project under Wankmuller’s leadership has been connecting with local communities along the route, both during the design stage for feedback on route and alignment options, and during the construction phase, where local businesses have been involved.

Chair of the Australian Rail Track Corporation (ARTC) board Warren Truss said that Wankmuller had been key to the project’s progress over the past three years.

“Richard’s leadership has been critical in progressing this nationally significant project to this point and ARTC is grateful that he has chosen to stay until mid this year to ensure a smooth transition to his successor,” said Truss.

“The planning approvals for Inland Rail are well advanced, our delivery strategy is well accepted in the marketplace and important program milestones have been achieved including the completion of the first major stage of construction.”

The ARTC board has begun the process of replacing Wankmuller.

“We thank Richard sincerely for his outstanding leadership and his significant contribution to the progress of Inland Rail and we wish him well in retirement,” said Truss.